US again raises concerns over Chinese presence in Sri Lanka 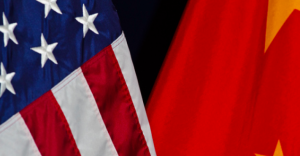 The United States has once again raised concerns over the presence of China in Sri Lanka. The US military said that China used predatory debt tactics on some countries, including Sri Lanka.

He also said that Pakistan owes its “all weather friend” China at least $10 billion for the construction of the Gwadar Port and other projects.

The strategic Gwadar Port in Balochistan Province is being built by China under the multibillion China-Pakistan Economic Corridor (CPEC) and is considered to be a link between Beijing’s ambitious One Belt, One Road (OBOR) and Maritime Silk Road projects.

The Maldives owes China roughly $1.5 billion – about 30% of its GDP – for construction costs, he said. “China is diligently building an international network of coercion through predatory economics to expand its sphere of influence,” he said, adding that nations around the globe are discovering the hard way that China’s economic “friendship” via OBOR can come at a “steep cost” when promises of investment go unfulfilled and international standards and safeguards are ignored.

General Dunford warned that if China’s predatory debt tactics are left unaddressed, it will have serious implications on the US Military.

Alleging that China is extending its reach by increasing its overt military and coercive activities through its neighbours, General Dunford said that China’s increasingly provocative behaviour in the Indo-Pacific – particularly the South China Sea (SCS) – should concern all.

March 8, 2021 byNews Admin No Comments
In response to a request made by domestic gas suppliers for an increase in liquified petroleum (LP) gas prices, the Pricing Committee of the Consumer Affairs Authority (CAA) is currently calculating

August 23, 2020 bySarah Hannan No Comments
The Government is yet to make a decision on holding the long-delayed provincial council (PC) elections