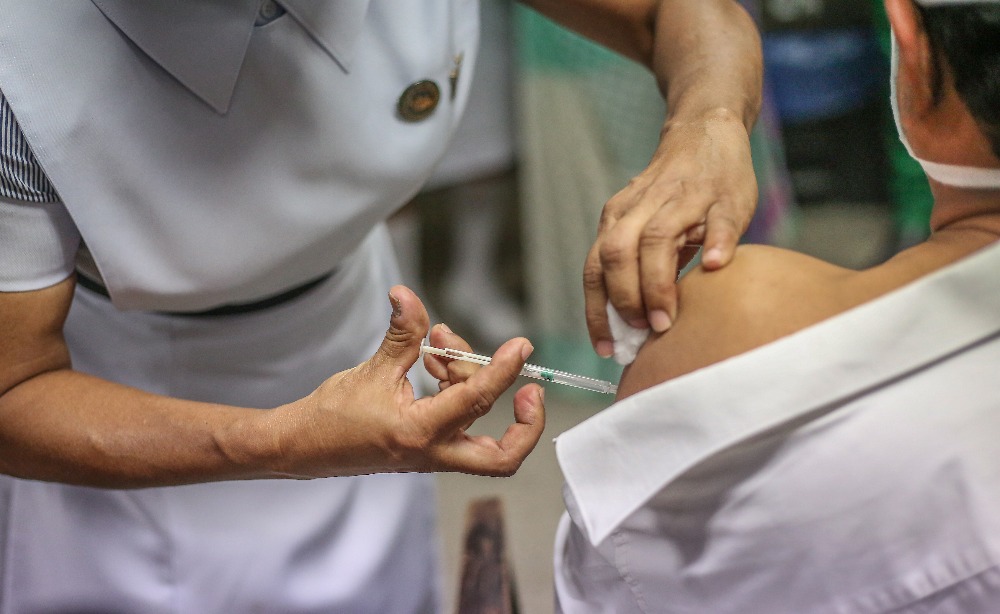 Vaccine mix and match: Ready or not?

Several countries across the globe have started to consider mixing and matching vaccine doses as a viable solution to address the shortage in supply, wherein the first and the second doses of vaccinations administered would be of two different kinds.

There are a multitude of clinical trials being conducted in several countries to determine whether this could be executed successfully, but very little data is available for the time being. Recently, Sri Lanka too has shown interest in conducting clinical trials in this regard.

The Sunday Morning reached out to several individuals to understand their perspective on it, and if they feel confident enough to mix vaccines if this is to come to fruition in the near future.

I got the first dose of Oxford-AstraZeneca in March. I was supposed to get the second dose in June, but so far I have not been informed as to when I should come and get the second jab. I understand that there is a shortage of vaccines, but it’s unfortunate now the authorities don’t seem to have had a plan to go about this methodically.

I am not aware of the mixing of vaccines; however, if it is recommended by a medical professional, then I suppose it should be fine. I don’t think I would be confident enough to get the second jab from another type of vaccine though.

Not a risk I want to take

I don’t think that’s a risk I am willing to take. I got the first dose of AstraZeneca in February and the window to get the second jab has already passed.

I hope the effects of the first dose would last until I get the second jab; however, I don’t think I am confident enough to take another type of vaccine as the second dose. I know many others who are awaiting the second jab of AstraZeneca, just like me.

I think this is something that needs to be taken into account after a set of clinical trials. If a different type of vaccine is to be administered as the second dose, it should be done only after proper consultation by a medical professional.

I don’t think it’s something I would opt for, as there is very little information to go by at the moment. Although I don’t understand the technicalities, I do think it would be best if the second dose would be of the same type of vaccine as the first jab.

Can opt for booster jabs

Sri Lanka so far only administers the same type of vaccine as the first jab and the second jab, which is the booster. I am aware that clinical trials are being conducted over this, but I don’t think many people would opt for it even if that is the case.

I feel it’s better to take the booster shot from the same type of vaccine as the first jab. There are new discoveries every day when it comes to medical science, so I suppose once there is enough research done on the matter and approval is given from the necessary authorities, it could be something people would consider.

Not comfortable with mixing

I don’t think I would take a different type of vaccine as the second dose; I feel like it would be wiser to wait for the AstraZeneca vaccine itself.

I am not aware of the clinical trials that have been conducted around the world and I have very little knowledge in that regard. However, I don’t think I would be comfortable doing that.

Willing if proven and approved

If this is something that is proven after clinical trials, I don’t see why not. I am aware that several countries have opted for this method given the shortage in supply of vaccines, and I read that it may even increase the levels of immunity.

If this is a method that is proven to be successful by certified medical professionals, I don’t see why this shouldn’t be an option, since vaccines are in short supply.

Candidates on one stage to address burning issues

September 15, 2019 byThe Sunday Morning No Comments
The March 12 Movement led by election monitoring organisation People’s Action for Free and Fair Elections (PAFFREL) will launch an initiative to bring all presidential candidates onto one stage

July 23, 2019 bythemorninglk No Comments
There is much speculation as to how businessman Dudley Sirisena, brother of President Maithripala Sirisena, obtained permission to undertake a large-scale construction project at the Unawatuna beach