November 10, 2021 by Venessa Anthony No Comments

Vally’s is a Pakistani cuisine-oriented cloud kitchen that operates on a catering basis. Taking inspiration from traditional Pakistani cuisine, they are known for their fusion food with a desi twist. 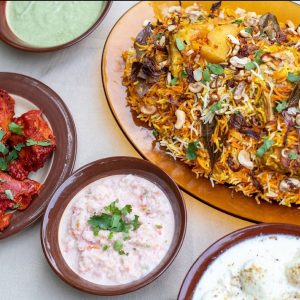 Speaking to Vally’s Founder Vally Mohamed and his wife Sumaiya Vally Mohamed on the inspiration behind the brand, they explained: “We started Vally’s Kebab House from the garage of our parents’ home in October 2020 in the midst of the pandemic, before moving our kitchen to Nawala. Like most Memons, we love a good meal and with previous experience in the catering business, we saw a need in the market for something new.”

Inspired by their moms’ traditional recipes, they decided to bring the food they love so much to all of Sri Lanka.

As Sri Lanka’s first caterer serving authentic Pakistani, desi, and fusion meals, they are proud of what they have achieved and hope to keep serving good food to all food lovers.

Vally’s sent us a feast to try out. We had a range of rotis and curries to go with it as well as a biryani and some sweets for dessert. Starting off with the Chicken Biryani, the portion size was decent and it came with the usual tandoori chicken thigh as well as a mint chutney, raita, boiled egg, and a lime on the side. The lime was a particularly welcomed touch, as just a hint of lime on the chicken and the biryani gave it an unexpected and intriguing twist that was a bubble of flavour on the tongue. 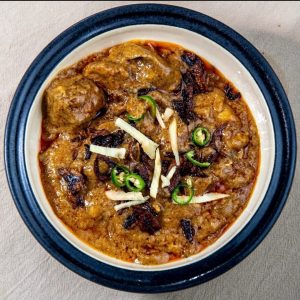 We particularly enjoyed the raita as it had more curd than onions and added more flavour to the whole dish. The biryani itself captured the essence of India; a great balance of spices.

Moving on to the rotis, we had an option of three chapatis. However, the chapati, by itself, was bland and flavourless and heavily relied on the curries to stand out. We had a variety of curries: Beef Keema, Beef Karahi, Beef Haleem, Beef Nihari, and Koyla Chicken. We even had a vegetarian option of Chana Masala. Our favourite combination was the Koyla Chicken and roti, even though personally, I prefer beef over chicken. The chicken dish simply had more taste and represented all the rich spices that should be found in Pakistani food. A little introduction to this dish; because of coal smoke, which is acquired from burning coal by dropping some oil drops on it, this dish is called koala karahi. You can feel the burning coal aroma in this karahi taste. And in Pakistani cuisine, the aroma of burning coal is very famous because of BBQ dishes. The Koyla Chicken too tastes like a BBQ dish – with curry – which is why this is one of the main karahi dishes in Pakistan.

The Beef Nihari was a very close contender; with its light spices, beautifully tender meat, the sourness of the lemon, and that bright leafy parsley, it held out on its own, and was even great as a side with the biryani. It’s generally heavy on the meat content and light on the spices and relies on the natural taste of beef to shine, and with the roti, it elevated the dish. 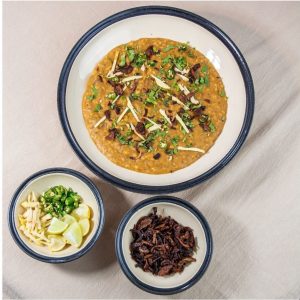 We learned that the Beef Haleem is a traditional Pakistani slow-cooked stew made of beef, lentils, and oats. It’s heavy and rich and not made to eat in large portions, but we found it to be a hearty accompaniment to the chapattis.

Beef Keema is something we were more familiar with, having tried it several times before, so we knew what to expect. It wasn’t too great with the roti as it lacked the gravy us Sri Lankans are used to, but went well with the biryani. We assume that if it were to be eaten with some steamed rice, the Beef Keema would really stand out.

The Beef Karahi, we’d never heard of before, so it was an interesting first time try. Named for the utensil it’s cooked in, a “karahi”, the beef or “gosht” is the Pakistani version of a stir fry. The karahi or wok allows for quicker and more efficient cooking due to its shape and the resulting heat distribution. Ginger, chillies, and parsley in a tomato base is what makes this dish, and is quite reminiscent of a masala-based dish. 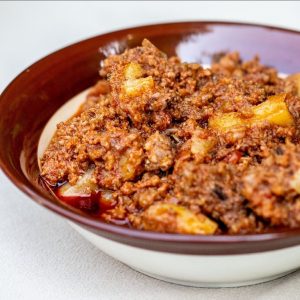 We actually really enjoyed this dish; it had the perfect balance of gravy and meat and would have worked perfectly with a naan. The chapati didn’t really do it justice, but it was so good, we ended up indulging in it by itself.

We must warn you though, most of these dishes are incredibly oily, so prepare for messy hands before you dig in. Another aspect we absolutely loved was how incredibly tender the beef was. Pakistani dishes generally opt to slow cook their meat, so the beef would just melt off and was easily broken by an average utensil.

Last but not least, the Chana Masala; the dish was fairly dry and spicy with a sour citrus note, with the coriander and onion flavours shining through. It was a nice side dish with the meat, and a great alternative as a vegetarian dish, and it’s healthy too, so you really can’t go wrong with it.

Vally’s operates on a pre-order basis, with options for takeaway and delivery, so be sure to call in advance and place your orders.

Join them for a night to remember

January 28, 2019 bythemorninglk No Comments
One Stage for All, a concert where famous Sri Lankan artists and bands perform together with children with Down syndrome and Autism.

May 13, 2021 byNews Admin No Comments
ANUK is a ready-to-wear contemporary brand that uses the finest fabrics to create simple silhouettes. Founded in Sri Lanka with the idea of lazy elegance, they offer reinvented designs that are clean-