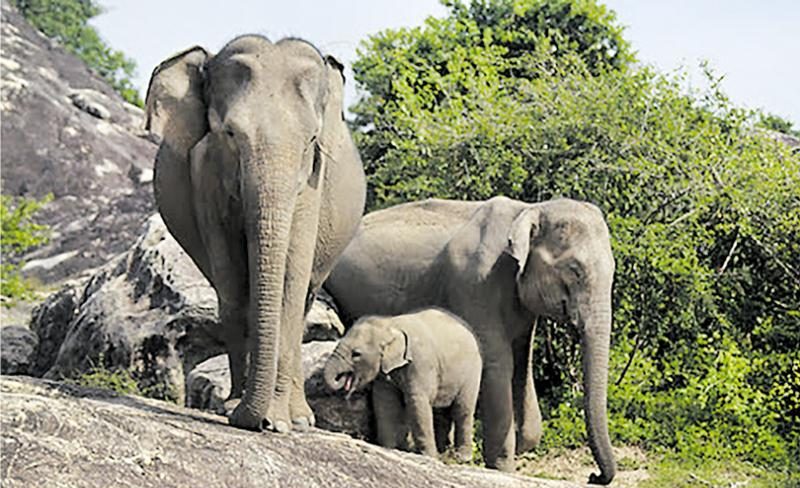 March 31, 2021 by Dimithri Wijesinghe No Comments

Earlier this week, there was a video clip circulated on social media of some safari tourists harassing a wild elephant at Yala National Park. The video shows the occupants of the safari jeep clicking pictures, chattering away, and laughing loudly while following the elephant who was minding its own way and patiently walking away. However after an extended period of time, owing to the safari goers’ excessive noise the elephant soon got irritated and turned aggressive and began to chase the jeep as it hurriedly backed up. You can even hear an occupant exclaiming that this is a “real adventure”.

Environmentalist, wildlife enthusiast, and expert on Sri Lankan Elephants Srilal Miththapala commented on this incident and countless other incidents that have taken place when on safaris. Speaking of the regulations in place and how things should be far more stringent when moving forward, particularly with the tourism industry gearing to pick up pace he said: “It is correct that some drivers do get too close to wild animals and provoke them. This is totally against the laid down rules and protocols of wild life park management. The problem is that like in other areas in the Sri Lankan government it’s not the lack of rules that is the need. It is the strict implementation of the rules that is lacking.”

Miththapala said that this problem had abated quite a bit with the parks having only small numbers of visitors for some time now, especially considering the pandemic, however, gradually the demand is rising once again, and “perhaps even the wild life has become a bit more bold to interact with vehicles more than earlier. While this certainly creates great excitement and unique experience for the tourist, it is a dangerous situation that could suddenly turn very nasty and serious. I firmly believe that the Department of Wildlife Conservation should come down hard on this immediately. After all we had a good chance to put all this right and start a fresh, post Covid-19. We must not lose that opportunity.”

He shared that the upcoming inevitable onslaught of tourists would mean that there needs to be an effective enforcement mechanism that holds people accountable, regardless of who you are. It is imperative that this grace period we have received by nature of a global pandemic be utilised to re-evaluate and restructure the way things have been allowed to carry on.

Conservationist and veterinarian Dr. Deepani Jayantha, who has been working closely on the human-elephant conflict in Sri Lanka, also shared her thoughts on the matter stating that “these incidents show the utter failure of a nation to respect a fellow species living in the wild. This is a country without discipline; where ethics and integrity are not valued. The situation is getting from bad to worse, and the everyday news proves this” adding that: “I think the kids should be allowed to take part in the conversations of conservation often. Respecting all creatures big and small matters a lot. I wish responsible tourism triggered more public discussions. Let’s start with our family, friends and colleagues. Let’s talk about what is right versus wrong.”

Glass ceilings and sticky floors: A discussion on women’s struggles to climb the hierarchical ladder

March 8, 2021 byNews Admin No Comments
Sri Lanka Students For Liberty hosted a webinar titled “Glass Ceilings and Sticky Floors” on 6 March to highlight women's struggles to climb the hierarchical ladder in the workplace. Speaking at the d

Road To Rock – make a stop on your way to Sigiriya

July 3, 2019 bythemorninglk No Comments
On our way back from an impromptu trip to Sigiriya, we came across “Road To Rock shop’ in Café” or “R2R” situated on the road to the Rock Fortress; the name of the restaurant is a double entendre.