Vasantha Senanayake says he will not step down 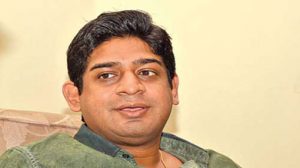 State Minister of Foreign Affairs Vasantha Senanayake today said he will not step down from his ministerial post.

He further challenged the UNP to remove him from the party membership if possible.

He urged  Premadasa to declare his stance on the future Prime Minister if the UNP led government were voted into power.

Accordingly, Senanayake’s questions to Premadasa included, “Will you appoint Ranil Wickremesinghe as Prime Minister? Will Ravi Karunanayake be appointed a cabinet minister? Will Rishad Bathiudeen be appointed as a cabinet minister?  In the background of Rauff Hakeem been accused of associating Easter Sunday bombing mastermind Zahran Hashim, will Hakeem still be apart of your campaign for your presidency?”

Senanayake said if Premadasa’s answers to these questions were unsatisfactory, he would withdraw from Premadasa’s election campaign while maintaining party membership.

‘The king of crossovers’, during the political crisis last October was seen going back and forth between  Mahinda Rajapaksa and Ranil Wickremesinghe before he  eventually deciding to back the Prime Minister.

October 12, 2021 byNews Admin No Comments
One of the oldest rituals in Sinhala culture is the “kohomba Kankariya”, which is also the biggest. It is certainly the most expensive, requiring tremendous reserves of energy, effort, enthusiasm, and

Over 150 arrested for violating quarantine laws

Police Media Spokesman, Senior DIG Ajith Rohana stated that a total of 52,154 persons have been arrested so far for