October 21, 2019 by Chenelle Fernando No Comments 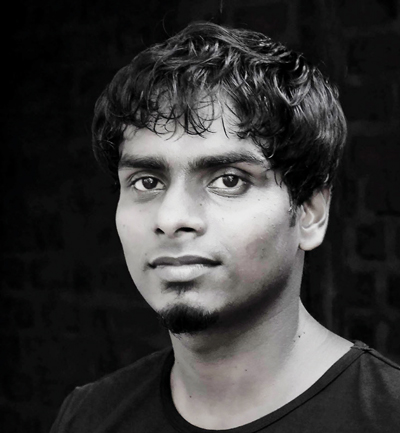 Having grown up amidst chaos and violence, Pakkiyarajah Pushpakanthan is an artist that creates to reminisce a bygone past. He who hails from Batticaloa pursued his Bachelor of Fine Arts at the University of Jaffna and is currently a lecturer in the Department of Visual Technological Arts at the Swami Vipulananda Institute for Aesthetic Studies, Eastern University, Sri Lanka. Pushpakanthan’s work encompasses numerous mediums. Whilst he practices with acrylics and watercolours, he embarks upon the techniques of drawing, painting, as well as visual arts.

He grew up in an environment where trauma and violence superseded almost everything; this as we noted was anterior to what sparked Pushpakanthan’s keen interest in the arts. “I like to express how I feel, I don’t want to tell others what to do, and it was recently that I began showing my work.”

Conflict and trauma in the North being the narrative of almost all of Pushpakanthan’s work, he asserted that he has in fact been questioned by many on this selection.

This brings us to Pushpakanthan’s very first collection titled “Screen Series”. It was an emulation of his past, his childhood memories, and various experiences personal to him. He has hosted numerous solo exhibitions, the first dating back to 2016 at the Paradise Road Gallery. Thereon, he’s conducted solo exhibitions at the Saskia Fernando Gallery as well as the History of Art Gallery at Cornell University, New York. It is worthy to note that showcasing his work at this particular university was a proud moment of his life for he is a recipient of a South Asia Studies Fellowship. Apart from this, his work has been exhibited internationally; Iran, India, the United Kingdom, America, Canada…the list goes on! Casting back on his international experiences, needless to say, his work was well received by the audience; he shared: “I received positive feedback from academics and even researchers who have already been conducting work based on my concept – they really appreciated it.” 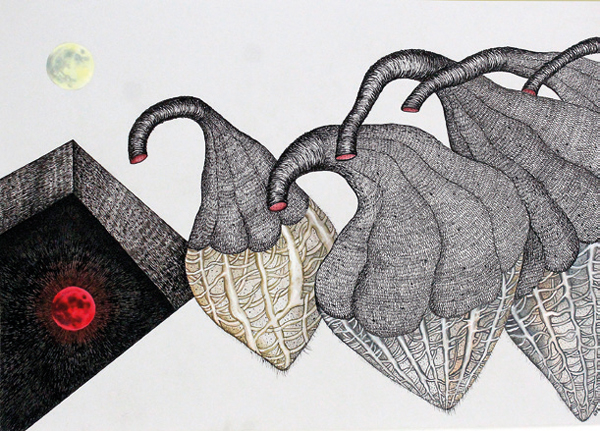 Wounded Landscapes, his fourth solo exhibition is happening right now at the Saskia Fernando Gallery down Horton Place. Pushpakanthan revealed to us that this series is a reflection of a silent witness of the war which reflects trauma through art. This particular collection is strongly linked to the disappearances that have taken place over the years throughout the course of the war.

“So many people disappeared; the negative thoughts of whether they are dead or alive, whether they would come back or not is traumatic,” he added. Interestingly, not only did his art capture the occurrences within the local context, but was also incorporated incidents seen internationally in countries such as Myanmar, China, Iraq, and Palestine. “It is not only about Sri Lanka, but about experiences everywhere.”

Pushpakanthan’s work of art may not be for the faint of heart. Commenting on the overall feedback of his work (which is positive for the most part), he referenced those instances where he sometimes gets questioned on the macabre nature of his drawings. “Then I ask them what kind of beauty are you expecting from me after having gone through this kind of violence,” he said. 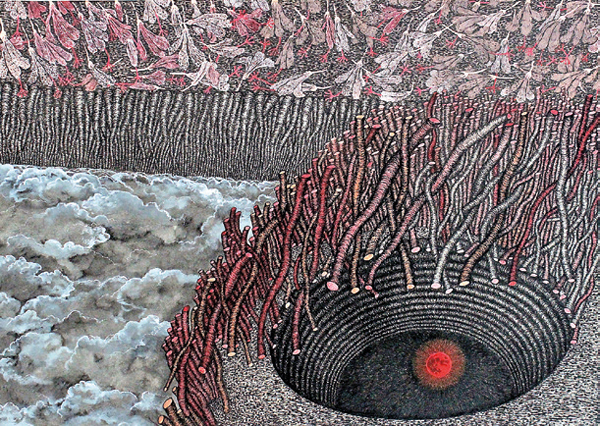 It goes without saying that creative outlets enable individuals to heal, set off steam, which is ideally therapeutic.

Often confident and expressive of what he feels, art for him is set off as a catalyst to heal from the painful realities of his past. “I want to show how art can heal others and art is a healing process. Without opening wounds, we are not able to heal them, we have to open these wounds and this is what I do through my work. I’d like to make a social dialogue and to create a mutual understanding.”

Wounded Landscapes opens its doors to all, every day until 31 October at the Saskia Fernando Gallery.

Chokolaate’s “VOICE IT – In pursuit of dispute”

May 14, 2021 byNews Admin No Comments
With the third wave of Covid-19 currently taking over Sri Lanka, and more and more variants being discovered in the country, it remains more important than ever for the public to get the anti-Covid-19