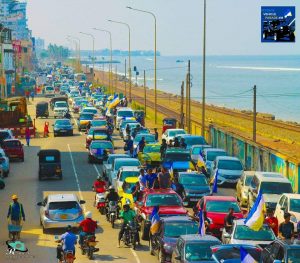 The vehicle parade was initially started in 2009 by the OBU Batch of 2007 and as it progressed, it has been strengthened and supported by a few energetic Peterites from younger batches. The parade celebrated a decade’s achievement last year in grand style.

The parade will end at the SSC grounds where the Peterites will join the 45th “Battle of the Saints” Limited Over Encounter against St. Joseph’s College. The Peterites consider the Parade as a new addition to their tradition of the “Battle of Saints” since 2009.

Big matches and the vehicle parades are not something new for the Peterites yet whoever witnessed this would have being amazed at this colorful parade.

However, the PVP is been organised this year with a cause for a change; an initiative to create Street Harassment. The committee would like to stress on Street Harassment as it is a rising issue in the country.

Yearly an estimated of 3,500 participants and 1,000 vehicles take it to the streets at the PVP and the organising committee believe that this year would be a successful parade than the past ones as it will carry a strong message to everyone with the support of their sponsors, Loops Solutions, Press Play, Majestic Jewelers, and Ajantha Motors. 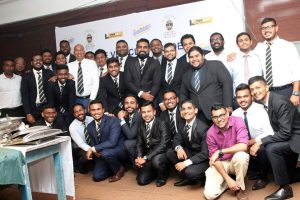