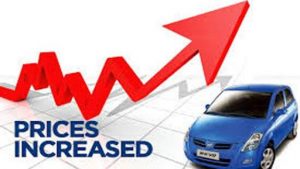 The Vehicle Importers Association (VIA) said the prices of almost all vehicles in Sri Lanka have skyrocketed due to the Government’s decision to stop the importation of new vehicles to Sri Lanka for two years.

VIA President Sampath Merinchige told The Morning that the prices have gone up by around Rs. 200,000-300,000, as there were no new vehicles in the market.

“The market is responding to the demand. There’s a high demand for new vehicles in the market but there’s no supply to match the demand. Due to this, vehicle prices have increased drastically,” he explained.

According to the VIA, the price hike would remain unchanged until the government ban on vehicle importation is lifted.

Sri Lanka’s automobile import sector had to face numerous challenges over the past few years; last year, the sector faced major price increases due to the imposition of stiff luxury taxes which resulted in a massive drop in vehicle demand.

Furthermore, the sector also experienced a drop in sales following the Easter Sunday attacks last year in addition to the luxury tax imposed on vehicles by the previous Government in October last year.

The sector was affected once again as the Government rushed to implement measures to protect the country’s currency by slapping a temporary vehicle import ban in April this year in the face of the Covid-19 threat.

Over 100 COVID cases each in Colombo, Gampaha & Kandy in last 24 hours

January 24, 2021 byLahiru Pothmulla No Comments
Over 100 COVID-19 cases each were reported in Colombo, Gampaha and Kandy Districts within the last 24 hours, the National Operations Centre for Prevention of COVID-19 Outbreak (NOCPCO) said.