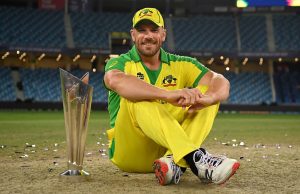 1. Adelaide Oval in Adelaide in the Australian state of South Australia

2. Woolloongabba aka Gabba in Brisbane – the capital of the state of Queensland

3. Kardinia Park in Geelong – a southwest city in Melbourne, the capital of the state of Victoria

4. Bellerive Oval in Hobart – the capital of the island state of Tasmania

5. Perth Stadium in Perth – the capital of the state of Western Australia

6. The Melbourne Cricket Grounds (MCG) in Melbourne, and

7. The Sydney Cricket Grounds (SCG) in Sydney – the capital city of the state of New South Wales

Since the International Cricket Council (ICC) launched the T20 World Cup in 2007, in addition to the World Cup (50-over) and the Champions Trophy (also 50-over) which were the two main global competitions then, the event was supposed to be a biennial one.

But due to various reasons and other global ICC tournaments interfering, the T20 World Cup was held in a somewhat haphazard manner since 2007.

But, in fact, even if the ICC had been holding the event every two years as planned, since its 2007 inauguration, there could have still been seven T20 World Cups in total. And there had been actually seven World Cups that had been held from 2007-21.

If we look back as at the seventh T20 World Cup which ended on Sunday (14) in the United Arab Emirates (UAE) and the 2022 event which to be held in Australia next year, originally the UAE event was set to be held in India in 2021 as the eighth edition of the T20 World Cup.

That was after the seventh edition had been staged in Australia last year (2020).

But the seventh World Cup tournament which was scheduled to be held in Australia from 18 October to 15 November 2020, was postponed by the ICC in July 2020 due to the Covid-19 pandemic.

Then in August 2020, the ICC confirmed that India would host the 2021 tournament as planned, with Australia being named as the host for the succeeding 2022 tournament, which was postponed from 2020.

Before the outbreak of the pandemic in March 2020, the ICC had planned anyway to stage two back-to-back T20 World Cups: In Australia in 2020 and in India in 2021.

In June 2021, though, the ICC announced that the 2021 India tournament had been moved to the UAE due to growing concerns over the Covid-19 pandemic situation in India, and a possible third wave of the pandemic in the country by the latter part of the year.

The tournament thus began on 17 October 2021, with its final taking place on Sunday, 14 November 2021. The preliminary rounds of the tournament were played in both UAE and Oman.

Now, after clinching the 2021 T20 world title, the same Australia will anyway hold their event next year (2022).

Yesterday (16), the ICC announced the venues of the eighth T20 World Cup which Australia will host from 16 October to 13 November 2022.

The ninth edition of the tournament has already been fixed or 2024 but the host nation of the event is yet to be announced by the ICC.

January 29, 2021 byRevatha No Comments
The new three-member national selectors to be appointed as a measure of sports minister's attempt to possible revamp of Sri Lanka's ailing cricket

October 16, 2018 byRevatha No Comments
The touring Bangladeshi Under-19 cricket team scored a solid 209 for three in 58 overs