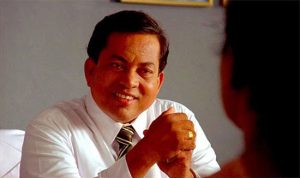 Sri Lankan veteran actor Gamini Hettiarachchi has passed away at the age of 68, earlier today (27).

It was reported that Hettiarachchi had passed away while receiving treatment at the Colombo National Hospital.

The veteran actor was a past pupil of Nalanda College and had contributed greatly to the Sri Lankan silver screen while being a very active thespian.

His name is associated with a number of films which are as recent as Nidahase Piya, a bio-pic of the great Hon. D.S. Senanayake, which debuted in 2018.

The reverred individual will be dearly missed.

February 16, 2021 byNews Admin No Comments
The SOS Vocational Training Centre in Monaragala was established in April 2006. Since Monaragala is located in one of the poorest provinces in the country, it was assessed that support is much needed