VIDEO STORY: A day in the life of an Alzheimer’s caregiver

September 21, 2021 by Vanessa Mendis No Comments

What would it be like if a person you love began to lose their reality, memory, and personality? What would it feel like to have them struggle to remember who you are? Alzheimer’s disease is a progressive and degenerative condition that causes significant cognitive impairment over time, in phases, the most common of which is dementia.

Commemorating World Alzheimer’s Day, which falls on 21 September, today, Brunch spoke to Lakmini Raymonds; primary caregiver to her mother, who has been struggling with dementia for over 20 years, and Lanka Alzheimer’s Foundation President, Consultant Psychiatrist, and University of Kelaniya Faculty of Medicine Professor in Psychiatry Prof. Shehan Williams.

A journey of constant adaptation 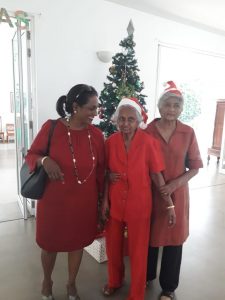 Sharing her experiences with caring for her mother, who is now 91 years of age, Lakmini Raymonds stated that her mother has had Alzheimer’s for the past 25 years. “What my mother has is dementia, which is a stage of Alzheimer’s. For her, the past is very much alive, while the present is pretty much non-existent.” Lakmini shared that her mother’s condition worsened in stages, and that at the onset of it, she had the support of her father and domestic help in the household, which made caregiving easier. “A person with Alzheimer’s will look quite normal externally and will be able to have good conversations. My mother can talk about the past with such clarity.” She elaborated by saying that this makes it challenging for people in their lives; especially their spouse, to understand why they are the way they are, in the present. As a result, Lakmini had to visit her parents almost daily, mostly to pacify her late father, who was struggling to come to terms with his wife’s condition.

Speaking of the many challenges that she experienced in the process of becoming the primary caregiver for her mother, Lakmini shared that after her father’s demise, being the only daughter, she would take her mother with her even when she had to travel abroad. “At the time my mother was diagnosed, she was 70. Alzheimer’s was not very well known about then and facilities were rare. There was nothing wrong with my mother physically, apart from the fact that you could not leave her alone for five minutes.” She further added that it is difficult to take somebody with Alzheimer’s to new places as they can find it disorienting. As a result, Lakmini and her mother have constantly had to adjust to new settings, overcome new challenges, and adapt along the way.

“The Alzheimer’s Foundation has been immensely helpful and my mother enjoys going there because of the love and the care that she has received,” Lakmini shared. She went on to say that she considers herself lucky to have the financial and family support that she needs in order to provide a high quality of life for her mother. She also explained that this has allowed her to now successfully control the degenerative progression of the disease and maintain her mother’s cognitive health. 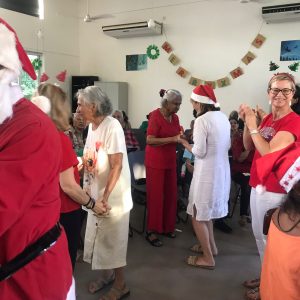 At the Alzheimer’s Foundation

“It is important to keep them engaged in activities that are stimulating both mentally and physically. For example, my mother loves going on long drives. I also play card games and jigsaw puzzles with her, and get her colouring books, so that she is always engaged in her mind,” Lakmini shared, stressing on the fact that the amount of love, care, and attention that her mother receives is the strongest determining factor for her quality of life. She elaborated that those with Alzheimer’s tend to lose interest in life and get into a habit of sleeping almost the entire day if they do not have a stable routine inclusive of therapeutic activities. They will also ask the same question repeatedly, which means that the caregiver needs to be able to not lose their cool.

Lakmini explained that her mother remembers people who she sees daily. However, if she does not see somebody continuously, she would not remember who they are. “Inviting guests over or getting domestic help can be challenging. She is easily disturbed by new faces and sometimes, if she does not like the domestic help at first glance, she can chase them away physically, or even be extremely rude to them,” she shared, explaining that the life of her mother cannot get disrupted, even though her own life may be. In the event that there is a break in the routine, Lakmini stated that Alzheimer’s patients can get irritable or even angry.

“Never say no to an Alzheimer’s patient. They may make certain requests or demands such as ‘I want to go to the bank’ or ‘dye my hair now’, to which if you say no, they get angry. Instead, agree, and within the next five minutes, they would have forgotten completely that they even made that request,” Lakmini stated.

Care for the caregiver 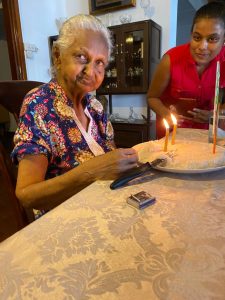 Needless to say, primary caregivers for Alzheimer’s patients also need to take care of their well-being because of how stressful the situation can become. “A few days ago, I had a complete breakdown myself, because I was so exhausted. I took myself out for a drive to feel better before coming back to my responsibilities,” Lakmini shared.

She added that cultivating patience and perseverance is essential to look after yourself as a caregiver, along with a good sense of empathy – both for yourself and the patient. She also stated that establishing a steadfast routine from the time her mother wakes up, to her meal times, to her daily showers, and bed times, has made it easier for both herself and her mother.

“I am lucky that I have my family, friends, and domestic help that make up my personal support system. I am busy, in addition to being a mother myself, I work full time. Therefore, having this network of people and resources has helped me look after myself,” she shared. Lakmini added that it is imperative to understand that the journey is tedious and that you are bound to have a meltdown or two, along the way. Associating positive people and giving yourself a change of environment is helpful, while also celebrating the little wins on a daily basis, such as taking satisfaction in knowing that the patient ate a good meal, the patient smiled and laughed, and so on. “Don’t expect them to take a sudden interest in life or to show remarkable progress. Don’t expect appreciation from the person you are caring for, because they do not comprehend what is happening. Know that you are human, and that you are doing your best,” Lakmini added.

Alzheimer’s disease in Sri Lanka and the way forward 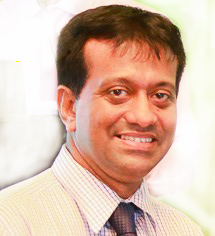 Speaking with Brunch, Prof. Shehan Williams discussed the nature of Alzheimer’s disease, the impact it has on Sri Lanka’s population, and the resources available.

“Alzheimer’s disease is the predominant form of dementia and unfortunately, at the moment, there is no cure. Therefore, the treatments available are aimed at optimising the quality of life of the patient,” Prof. Williams shared. He further added, that while it is a progressively degenerative condition, depending upon the level of care provided, a patient could take even up to 10 years or more to reach a stage that is considered severe cognitive impairment.

He elaborated that the initial phase could extend from five to eight years, during which, ensuring that the person is offered a life of dignity, support, and the right engagement activities is essential. While loss of memory is the main symptom, other telltale signs of the condition could include irritability and change in personality. Prof. Williams also stated that there are some medications that could help them maintain memory ability during some phases of the condition. However, he shared that it is best to avoid using medication for behavioural changes, and providing assistance for both the patient and the caregiver is the right way forward.

Speaking about the resources available in Sri Lanka, Prof. Williams stated that the Alzheimer’s Foundation will be celebrating their 10th anniversary today. “We may not be able to replicate the centre itself outside of Colombo, but what we want to achieve this year is to establish programmes among communities, that encourage people to support elders with dementia.” He further stated that they intend to implement a system where elderly citizens support other elderly citizens who have Alzhemer’s using local resources such as places of worship, to establish activity centres and information hubs. 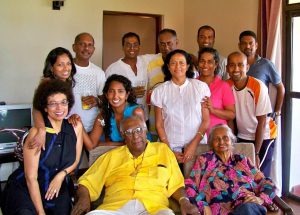 “Dementia is going to be a national problem in Sri Lanka, because we have an ageing population. Every fifth person in the country will be over the age of 60 by 2030, and age is the biggest risk factor for Alzheimer’s, even though there is a genetic component,” he shared.

Prof. Williams added that the programmes they are striving to implement will act as a preventative strategy to reduce the risk of Alzheimer’s and dementia in senior citizens through caring for those already affected, because living a healthy and active lifestyle that is mentally and physically stimulating is the best course of action, as opposed to a strictly medical model.

Watch our video at www.brunch.lk

Stars of The Voice by Ishan De Lanerolle dazzle

September 18, 2018 byJennifer Anandanayagam No Comments
The Voice, the brainchild of Ishan De Lanerolle has succeeded in producing a number of talented individuals. This was showcased at their debut concert which took place on 9 September, 2018 at

From fundraisers to founder: Minoli Weerasinghe on her baking journey

May 5, 2021 byNews Admin No Comments
Minoli Weerasinghe is founder and head baker at Mèimei’s Artisan Pȃtisserie. Baking has been a big part of her since childhood, and upon deciding that this was what she wanted to do with her life, she