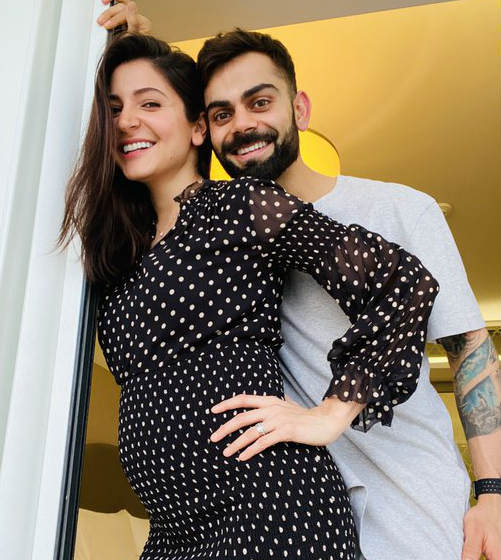 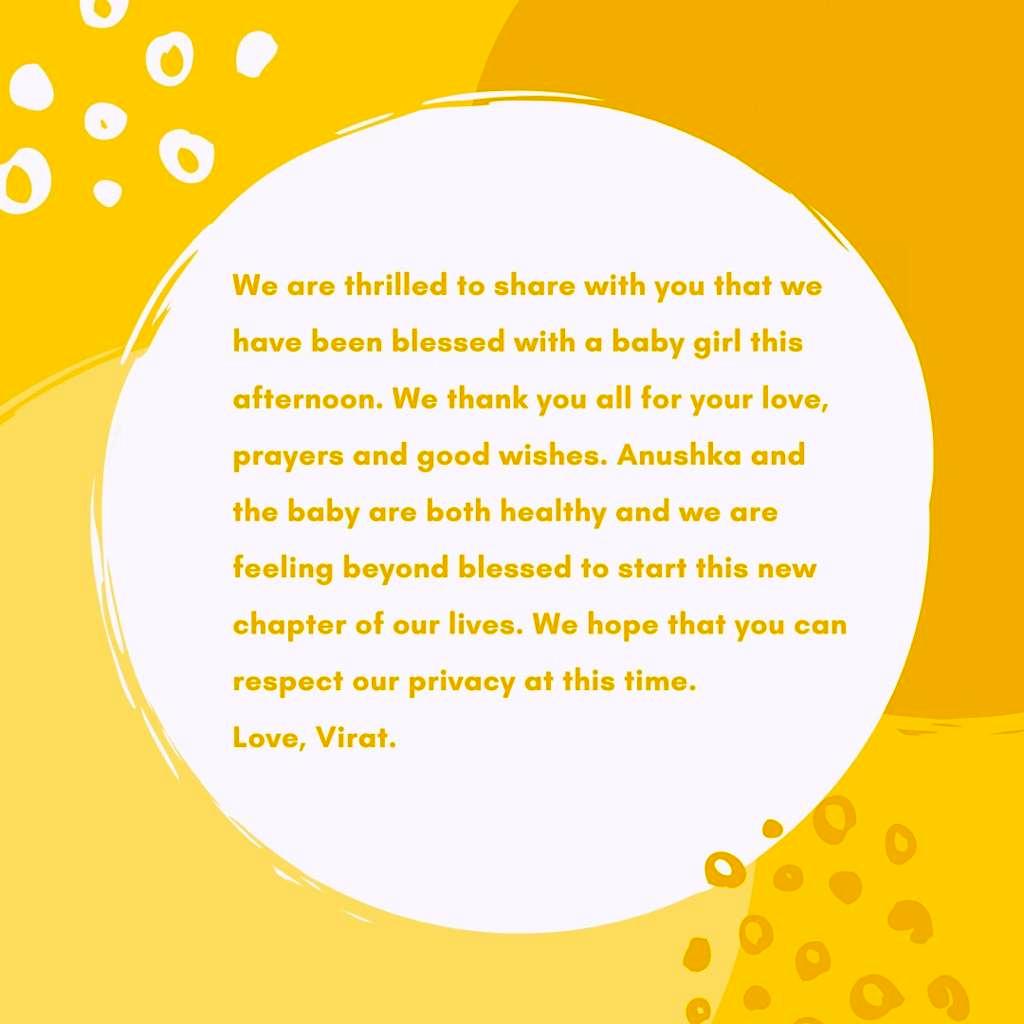 Out-of-the-playfield news, gossip, and snippets take centre-stage in this age, the age of the astonishing rise of social media. The Indian cricket captain getting his first child would not have been much of a news item until someone like Kapil Dev captained India.

One thing is that the off-the-field life of a player has in fact many things to do with their on-field performances. They are NOT essentially “unimportant”. At the same time, the man – particularly the woman – has been prone to be swayed by gossip, or so-called “unimportant” personal matters.

Those “unimportant” matters have superseded importance, though, in the public eye nowadays. The way this region’s media was rocked yesterday (12) by the news of current Indian cricket captain Virat Kohli and his actress wife Anushka Sharma having their first child, a baby girl, is one good example of the above fact.

Here is how the Hindustan Times reacted to it yesterday:

The first picture of Virat Kohli and Anushka Sharma’s daughter was shared online by the cricketer’s brother, Vikas Kohli…
“Virat’s brother, Vikas Kohli, took to Instagram to welcome the new member of the family and shared a picture of her tiny feet wrapped up in a cozy blanket. “Happiness overboard… angel in the house,” he wrote in his caption.
Congratulatory messages poured in from fans. “Congratulations. Lots of blessings and love for family. All the best for this new chapter in your life. KING, QUEEN and PRINCESS,” one wrote. “So happy, can’t wait to see her pics,” another wrote.

Nursery will be gender-neutral with an animal theme

In August last year, Virat and Anushka shared the news of her pregnancy, with a picture of them in which she was seen flaunting her baby bump. “And then, we were three! Arriving Jan 2021,” the photo was captioned.

Earlier, in an interview with Vogue, Anushka revealed that the baby’s nursery is gender-neutral with an animal theme. “I don’t believe that boys have to wear blue and girls pink. The nursery has all colours,” she said, adding: “Both Virat and I love animals and we want our baby to have that bond too. They are a big part of our lives, and we really believe they can teach kindness and compassion to children.”

Anushka to begin shooting in May

Anushka, whose last release as an actor was Aanand L Rai’s Zero in 2018, will resume shooting for projects from May. Since Zero, she has been busy with her production ventures, which include Netflix film Bulbbul and Amazon Prime Video series Paatal Lok.

The Business Today wrote: “Indian cricket team Captain Virat Kohli and Actress Anushka Sharma announced on Monday (11) that they have been blessed with a baby girl. Kohli announced the good news on Twitter.

“Anushka gave birth to the baby girl at Mumbai’s Breach Candy hospital. The couple had reached the hospital earlier in the day for the delivery.”

Kohli wrote on Twitter: “We are thrilled to share with you that we’ve been blessed with a baby girl this afternoon. We thank you all for your love, prayers, and good wishes. Anushka and the baby are both healthy and we are feeling beyond blessed to start this new chapter of our lives. We hope that you can respect our privacy at this time. Love, Virat.”

Anushka and Virat had recently returned from Australia where he participated in the ongoing India-Australia cricket series.

November 22, 2019 byTSM Web Desk No Comments
England continued to scrap their way into the ascendency on a hard-fought second day of the first Test against New Zealand.

Davis Cup format to be changed

August 17, 2018 byRevatha No Comments
The controversial proposals to revamp the Davis Cup and turn it into a season-ending 18-team event have been reportedly supported by 71% of the national tennis federations of the world.