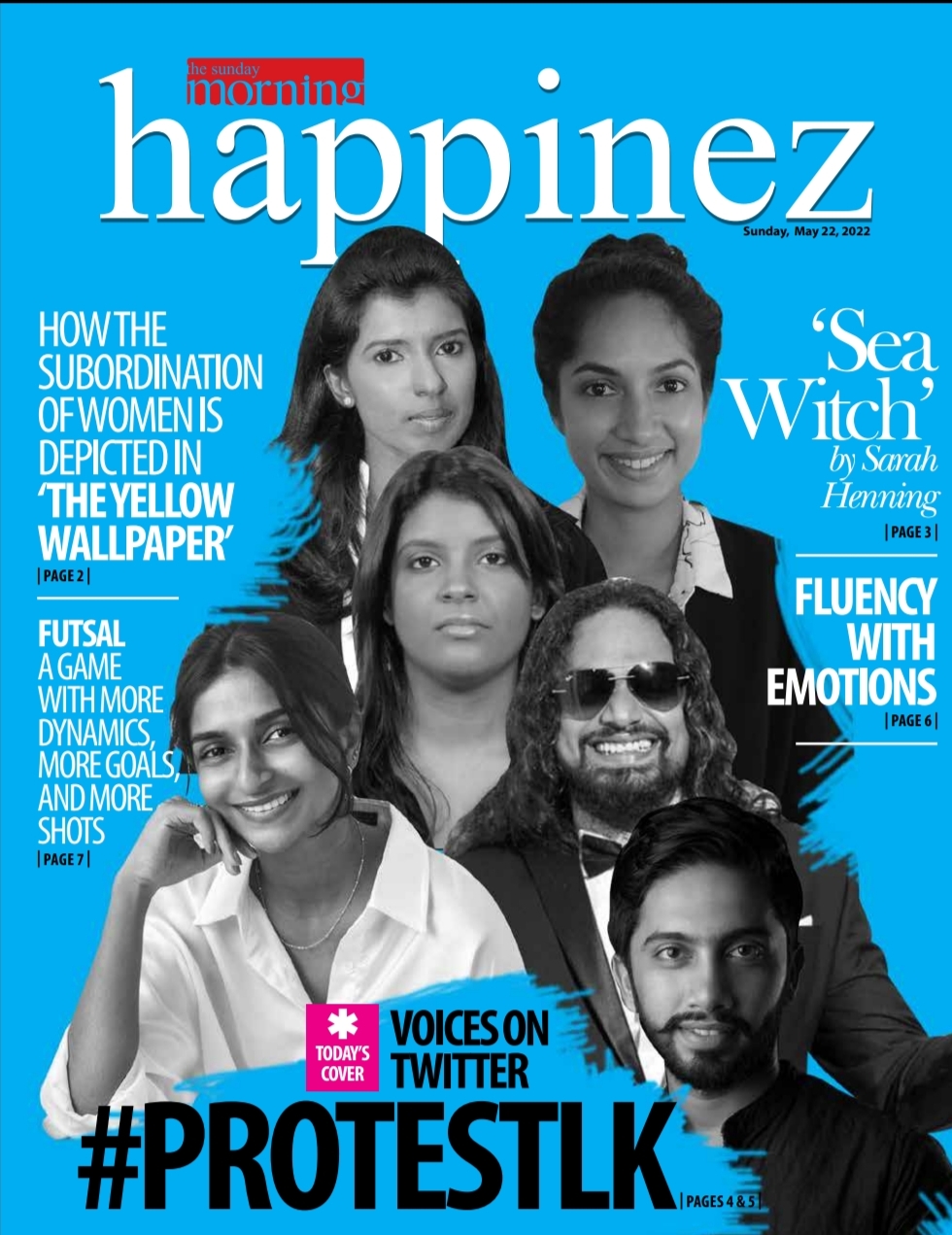 The ongoing economic and political crisis in Sri Lanka saw the advent of GotaGoGama (GGG) at Galle Face, Colombo, a large-scale peaceful protest spurred on by unprecedented fuel shortages, power cuts, and price hikes. Beginning on 9 April 2022, GGG in Colombo inspired other GGG sites to be set up around the country, and despite efforts by the powers that be to bring these protests to a halt, the people of Sri Lanka continue to be united, stand their ground, and call for change.
Alongside these protests on the ground, there have been many prominent voices online, disseminating information, sharing opinions, critical viewpoints, and news, as well as communicating what has been happening on the ground at these protest sites.
We reached out to some of these voices on Twitter to get their opinion on the continuing crises and what they believe is necessary to build our beloved island back up from scratch.

“We are living through history in the making; a Sri Lankan People’s Power Revolution against corrupt, dynastic politics that enabled the further erosion of economic security, accountability, and justice.
Importantly, the economic and political crisis, and the protests it engendered, have created spaces for (un)learning. Protest areas like GotaGoGama (GGG) have become sites for more than just sharing food, water, and solidarity for diverse grievances. They have also become spaces for sharing knowledge, experience, and ideas.
The protests have already made significant gains. We may not see the fruits of the protestors’ labour immediately, but we can take comfort from the fact that generations to come will benefit from morally conscious and courageous future leaders.”

“The dire economic situation is made worse by the political crisis; with the way it has been responded to. The result of economic mismanagement is visible on the roads – people lining up for basic essentials like cooking gas and fuel. There’s also a scarcity of essential medicines and rolling power outages affecting economic activity, and even education. Too many economic rights in Sri Lanka are at stake right now. Those in power must act fast, ensuring that the most vulnerable groups are prioritised for welfare support. Additionally, peaceful protests must be allowed to continue. Any effort to stifle people’s freedoms, as we see with the Emergency Regulations, must be resisted forthwith.”

“It’s beyond terrifying to see the consequences of the terrible previous decisions of the state that have resulted in the crisis. As someone who earns an average wage monthly, I know that I will be able to survive this, but the survival of a daily wage earner is what concerns me. I hope this is a necessary reminder for all of us that we have the power as a democratic state to decide our own fate in electing officials. It goes without saying that economics and law have to be taught to children so that when they’re old enough to vote, they make an informed decision that does not adversely affect their future.”

“We are at a critical juncture where it’s an unfortunate choice between long-term structural reform pitted against immediate economic recovery.
We need to get forex in to pay for food, medicine, and fuel. We need to look at getting Foreign Direct Investments (FDIs), tourist inflow, and remittances. Agricultural production needs to go up with more focus on improving local manufacture and boosting exports. We need to figure out how to ease government expenditure by ensuring State-owned enterprises bleed less with minimum job cuts. We need to impose taxes and hike up interest.

We require cognizant, competent leadership that will hold all entities responsible for mismanagement, corruption, and atrocities committed accountable in order to win back the confidence of the public. Without political stability and structural reform, Sri Lanka will keep plunging back to its cyclical mire where the past repeats itself.”

Civil engineer who has six years of experience in the field. Youth activist who has been active on the ground at GotaGoGama.

“The problem we are facing as a country right now is not something that happened all of a sudden but something that has been building up for the last 74 years. Politicians have caused us to go bankrupt and we have hit rock bottom as a country. There is no better time to rebuild this country than now.
To do that, we need the corrupt system to be done away with and we need energetic youth in the system.
So, let us start rebuilding this country for us and our future generations!”

“I strongly condemn all the violent actions towards the peaceful protesters at GotaGoGama and beyond in Sri Lanka. Freedom of speech, peaceful assembly, association, and movement are fundamental rights that are assured by the supreme law of the country. Hence, peacefully exercising their fundamental rights is never an offence.

I can clearly state that the Sri Lankan people are demanding a change in the system. I suggest starting with the immediate passing of the 21st Amendment to the Constitution by repealing 20A and restoring an improved version of the 19th Amendment. The interim Government should abolish the Executive Presidency as early as possible and the Executive Presidency to be replaced by a parliamentary democracy where the Prime Minister and the Cabinet ministers are accountable to the Parliament and also progressive bills/laws like the Campaign Finance Act, recovery of State assets, etc. should be passed within the time of interim Government. Most importantly, the Prevention of Terrorism Act should be repealed immediately.”

Author bio : Nethmie is a digital marketer, writer, songwriter, and literature enthusiast. She has a BA (Hons) in International Communications.

Life of a music legend

August 12, 2019 byKusumanjalee Thilakarathna No Comments
The first memories I recall of him are those of listening to his songs as a child. I also remember going to watch an “I Don’t Know Why” concert back in 2002 with my grandmother.

March 22, 2021 byPavani Jayasinghe Munagamage No Comments
We love meeting and chatting with talented and skilled people. Today, we are introducing the wonder twins, Kithmi and Kalasi Weeratunga, who successfully run two of their very own businesses.