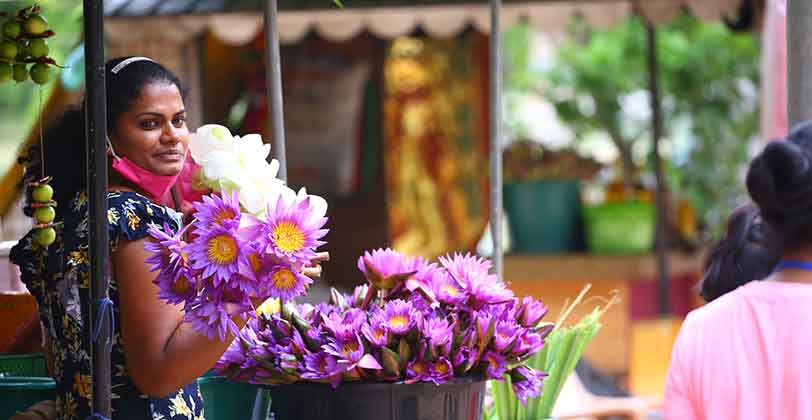 We are now battling complacency

August 16, 2020 by Dimithri Wijesinghe No Comments

World Health Organisation (WHO) Director General Tedros Adhanom Ghebreyesus shared that in countries seeing positive signs, “the biggest threat now is complacency”, adding: “We continue to urge active surveillance to ensure the virus does not rebound, especially as mass gatherings of all kinds are starting to resume in some countries.”

This new “threat” is most prevalent in certain parts of Sri Lanka. We experienced this recently on our travels to the Eastern Province as we made our way across the districts of Ampara, Batticaloa, and Trincomalee, where we observed that the health and safety precautions are not observed as stringently as one would hope. 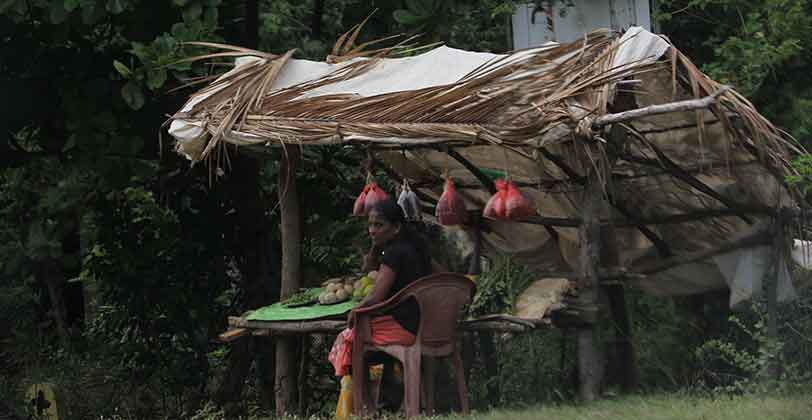 Particularly in independent businesses, roadside cafes, clothing shops, and other outlets people frequent, it appeared that the requirements to wash or sanitise one’s hands before entering and wear a mask were not at all followed; neither the staff nor the patrons adhered, not adopting any of the recommended precautions.

Things were particularly lax in Pottuvil, where when asked about the general lack of concern on contracting the virus, some of the locals shared that this is a small community that rarely has outsiders coming into the town and that those who are already here have essentially all been quarantined together, so there is no real need. 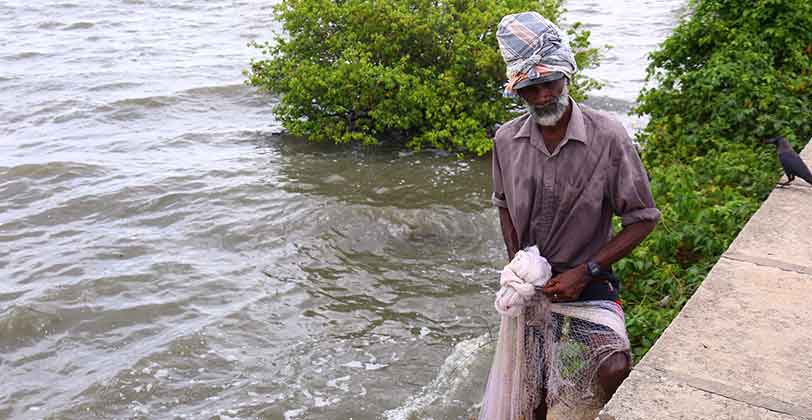 However despite this, it is evident that considering that travel is no longer restricted, there were many outsiders, particularly foreigners who were originally stranded in the Hill Country, making their way over to the east coast before the north-eastern monsoon hits. After this, they will make their way to the South. If you take a stroll across Pottuvil, you can easily spot the newcomers as they will be the only ones sporting face masks.

We spoke to a number of shop owners along the coastal stretch in the East, particularly roadside shops that offer various short eats, tea, and coffee, which too do not follow the safety protocols. About this they said that they do wear masks when they have big crowds, which rarely ever happens, adding that their stores do not often have people hanging about inside; customers usually purchase their items and leave. As such, they shared that they see no need to employ these additional measures.

They added also that of the travellers who do visit, they insist that they wear masks. Some store owners shared that when people come in to eat, they can’t make them wear face masks as they have to remove it when eating. They believe that in their part of the island, the virus has largely been contained and it is highly “unlikely” that someone with a virus will be amongst them.

With the Covid-19 pandemic receding in some countries and cities, the United Nations (UN) has also issued a warning stating that complacency and lifting “stay-at-home” orders and other restrictions too fast could invite a second wave of new cases. The WHO also confirmed that although the pandemic is slowing in some parts of the world, including in Europe, it is worsening globally and that complacency is a new threat we must address. 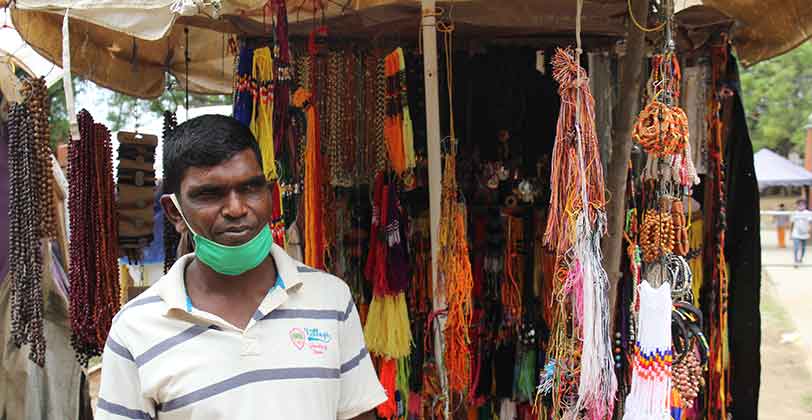 It would seem that the world over, governments are having to deal with basic human nature getting in the way of a solution. In addressing this issue, we spoke to professionals with regards to the mentality behind choosing to be complacent despite having spent three intense months under varying degrees of lockdown with information on the dangers of the pandemic blasted across screens everywhere.

Speaking to psychologist Chalana Wijesuriya with regards to this overall mentality and the thinking behind people taking things in their stride despite the global pandemic still being very much at large, he said that it is primarily a behavioural factor.

It is as simple as “so many people are not wearing masks, then it really must be that the issue is not so pressing anymore”, he shared, adding that also, more specifically in Sri Lanka, the chain of events that transpired right after lifting curfew – i.e. recent focus on the election, whereas in the past few months you saw a lot of concern via the media about the pandemic, suddenly now all eyes were on the election and its outcomes and all focus has now been diverted.

The extensive media attention which consistently shed light on the pandemic is now focused on something else. He said that the media too certainly has a role to play in this, while it does eventually come down to the individual to change their behaviour and how they chose to react to the situation, the true nature and information of the state of the world and the virus must be communicated by the media with equal importance as it was previously communicated considering that the threat hasn’t reduced. 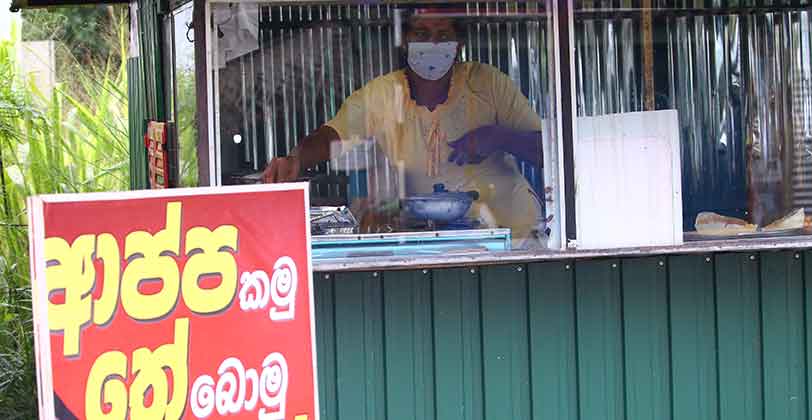 He also said that we can refer back to the incident in Kandakadu where there was a rising number of cases in a cluster and people were very briefly scared. However, at the time we had Health Services Director General Dr. Anil Jasinghe coming out and sharing that in Sri Lanka they’ve contained the communal spreading, Wijesuriya said, adding that when legitimate sources such as this come out and share that the threat has been successfully contained, then people naturally assume that there is no risk.

Wijesuriya also added that another element that really contributes to this newfound complacency is the way that the virus and its effects are being portrayed. If you were to look at some non-communicable diseases like cancer or diabetes, these have visual representations that are not pleasant. Yet here, Covid-19 has on occasion been compared to the common cold, and it has been said that many people recover and you can simply get better. He said that while of course these are not effects in isolation, these affect the behavioural patterns of communities.

We also spoke to University of Sri Jayewardenepura Department of Philosophy and Psychology Head Prof. Gnanadasa Perera with regards to this mentality exhibited by people, and similarly to Wijesuriya, he too shared that it is human nature to revert to the normal that they are used to.

He said that there is also this element of people not preferring to live ethically; we are not too fond of rules and regulations and coming from having been restricted for an extended period of time, people almost believe that they are deserving of their freedom.

He said that you can really bring it all down to the individual, adding that it is also a matter of emotional inelegance, he said. Those who are acting complacent without any regard for these health and safety measures are not doing so because they are unaware of the threat or its severity, rather it is a result of a variety of factors, primarily behavioural influences form their surroundings and also their own desire for change and freedom.

He said that while the reopening of the economy was necessary, the gradual adopting of activities that could be considered “normal” sends a signal to people that things are better. What we saw with schools opening, many people going back to work, public transport once again being available, and other instances make it so that it creates an environment of “normalcy”.

Prof. Perera also added that when the pandemic was at its most intense, there was a collective anxiety and stress that we all harboured, however now that it is no longer at a level of top-of-mind recall, that anxiety is no longer prevalent. “Sri Lanka is one of those countries that were quick to get rid of this anxiety,” he said.

He said that people will always find a way to revert back to what is comfortable and what they are used to, and the way to change it requires a fundamental philosophical change in the way that the individual thinks.

September 15, 2019 byThe Sunday Morning No Comments
The night of 10 September marked a memorable time to most who found themselves at Lionel Wendt Theatre to witness the swift change from when Eksath wasn’t a known name to it now being echoed