We can start by not calling them ‘pisso’

November 7, 2021 by Dimithri Wijesinghe No Comments

Mental health remains an incredibly taboo topic in Sri Lanka, and while things are changing and there is a bit more consideration given to mental health concerns, things aren’t changing as rapidly as one would expect in the 21st Century.

There still remain small changes that we can all make as a society, which includes altering the flippant way we use language and how easy it is for us to call someone “mad” or “pissu”. Many of us are guilty of dismissively declaring that someone is mentally ill and is therefore unfit. A phrase we have all used to varying degrees of perceived hilarity is the term “Angoda” – it has become synonymous with insanity; “we ship you off to Angoda when you’re an insane person”, is the popular narrative. 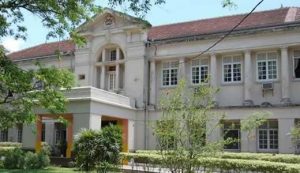 The National Institute for Mental Health

Our jokes and language, regardless of how genuine it is or that it is not laced with malice, have its impact, and the snowball effect of the derogatory connotations on the word Angoda has taken a toll. So much so that when someone is suffering from a mental illness, they are discouraged to go to the Angoda Mental Hospital – or rather the National Institute of Mental Health – because it is a “mad house” and “your situation is not that serious”, or “you’re not crazy, you don’t have to go to Angoda”, or even worse, “they won’t let you leave”.

Regardless of how far we have come, and the growing access to mental health services in the island, the foremost institution for mental health – the National Institute of Mental Health – is a place shrouded in misconceptions and mystery.

Angoda was opened by the British colonial administration in 1927, providing 1,728 beds, which were fully occupied within the first year after opening, and, according to “The History of Mental Health Care in Sri Lanka” by Carpenter and Mendis, had close to 2,200 patients in 1929. It was said that large numbers of patients died annually from diseases associated with overcrowding and poor sanitation. Even as time went on, in the period prior to December 2004, with three major mental health institutions in the island – Angoda, Mulleriyawa, and Hendala – things were only just slightly better.

However, the process of post-tsunami reconstruction and recovery offered an opportunity to develop community-based mental health services and reform the centralised psychiatric institutions in Colombo.

Speaking to consultant psychiatrist Dr. Anoma Jayasinghe, previously associated with the National Institute for Mental Health (NIMH), she shared that during this time, Angoda Director Dr. Jayan Mendis was the person who began a sustained and systematic transformation of the Angoda hospital, together with assistance from the World Health Organisation (WHO) and others, transforming it into the NIMH of today.

At present, if you are to speak to psychiatrists who have worked with NIMH, they would sing its praise, and there are indeed many elements deserving of praise.

The institute offers many forms of specialised care for patients suffering from a multitude of ailments, from dementia to learning disabilities, and also treatments for mothers who suffer mental disorders during or following pregnancy. There is even a forensic psychiatric unit to treat patients who are referred by the court system. There is also the implementation of therapeutic activities, including gardening, drama, and music.

Senior Consultant Psychiatrist Dr. Pushpa Ranasinghe shared that in 2012, the NIMH introduced the gender-based violence clinic, where one can call the hotline 1926, which, as of 2020, has a text-to-chat function, for assistance. If you are having trouble with your relationship, she said, or you are an unwed mother, or you’re suffering workplace harassment, you can come and talk to a trained nurse in these wards who is able to go through your history and pinpoint unfair treatment. You are able to access over-the-phone counselling and even receive information to connect you to the nearest service provider if you are in need of in-person treatment. She also added that they introduced a clinic for those experiencing gender dysphoria.

Two sides to every story 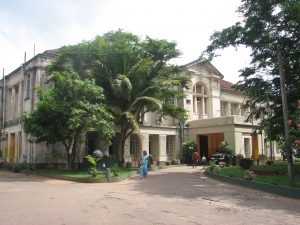 The National Institute for Mental Health

Today, we are looking at two sides of somewhat the same story; similar yet different. While we spoke to professionals in the field who may have a similar viewpoint, the general public who have had their loved ones institutionalised or treated at the NIMH, relay another version of the story.

We spoke to two individuals, one who had an unpleasant experience and the other who sang high praise of an institute that truly made a difference in their lives.

Preferring to remain anonymous, we spoke to an advertising consultant whose mother was in Angoda for several years. She shared that her mother was diagnosed as a paranoid schizophrenic, and having struggled for decades with the illness, she shared that the family came to a decision that what was best for their mother was to receive round-the-clock care in a rehabilitation centre.

She came across Angoda and, having had one brief consultation with the psychiatrist, her mother was institutionalised. “I wish they had done more of a screening; they were very ready to accept her previous diagnosis. There was only one consultation – they had a casual chat with her, and that was really it,” she said.

She shared that the time her mother spent at Angoda was not pleasant, because the wards were along one long stretch; they are very uniform, surrounded by metal bars, complete with an unwelcoming feeling. “It was not very pleasant and it always felt so ominous to visit, like the inside of a prison cell,” she said, adding also that while cleanliness and hygiene weren’t an issue, there wasn’t a whole lot of care put into it.

“My mother was very uncomfortable when she was there; she was often terrified, because for the most part, what the attendants do is give the patients their medication and then leave them to their devices. There are aggressive patients and more mellow ones all in one group, and it only ended up traumatising her even more to see the fights,” she said.

She shared that, while she cannot speak for others, what she experienced was that Angoda had become a place of last resort, where people come and abandon their mentally ill family members, leaving them to live the rest of their life there. Therefore, the staff there simply act as “guards” and give the patients medication and keep them mellow. “I don’t think it is a place where you go to get cured,” she said, and after the stint in NIMH, she shared that she has since admitted her mother to an institution called “Sithnivana”, where she feels her mother is receiving better medication and round-the-clock care. The only downside is that a monthly remittance must be made, and as such, many people may not be able to utilise this alternative.

Our next story comes from a military officer, who also wished to remain anonymous. He shared that when he took his mother for treatment for short-term memory loss, he felt that NIMH was no different to a regular hospital. “The staff were welcoming and those who attended to my mother were clearly very well trained and educated in the safe handling of patients,” he said.

However, he did point out that because his mother was not institutionalised, he cannot speak for the state of the wards. “I can 100% recommend NIMH for anyone looking to seek treatment. However, I have to share that whenever I took my mother to the hospital and after her consultation, we would go to a shop nearby and the lady there would say that it was rare to see a patient come out of the hospital, indicating that it was a place where people abandon the mentally ill,” he said.

He said that as an outpatient, he got the best care possible for his mother, and he feels it is unfair to the work that the NIMH is doing for people to claim it is still an asylum. Nonetheless, there remains a lot of work to be done.

While the two people we spoke to had wildly different experiences, they both expressed similar concerns about the easy access to information and how the primary concern for them was finding the places that will help their parents.

One of them claimed that a major struggle that persons looking for mental health care face in the island is the lack of access to information. “There is no centralised directory where we can call and ask what the places are that we can potentially get help from,” they said, adding: “I have struggled for years, but if you are starting your journey today, then it is guaranteed that you will be lost for a long time. It is very challenging to find the right information, as there are no lists and no numbers of who to call or where to go.”

There’s two sides to every story, and all experiences vary to some extent. However, the conversations around the topic of mental health remain in whispers and hushed tones, and if we talk a little louder and more often, we can all play a role shining a brighter light on the issue.

September 3, 2018 byJennifer Anandanayagam No Comments
We sat down for a chat with Devin Randeniya, frontman and vocalist of local cover band ‘Petra’ who became a viral sensation in their own right within the Sri Lankan community with their cover of Bathi