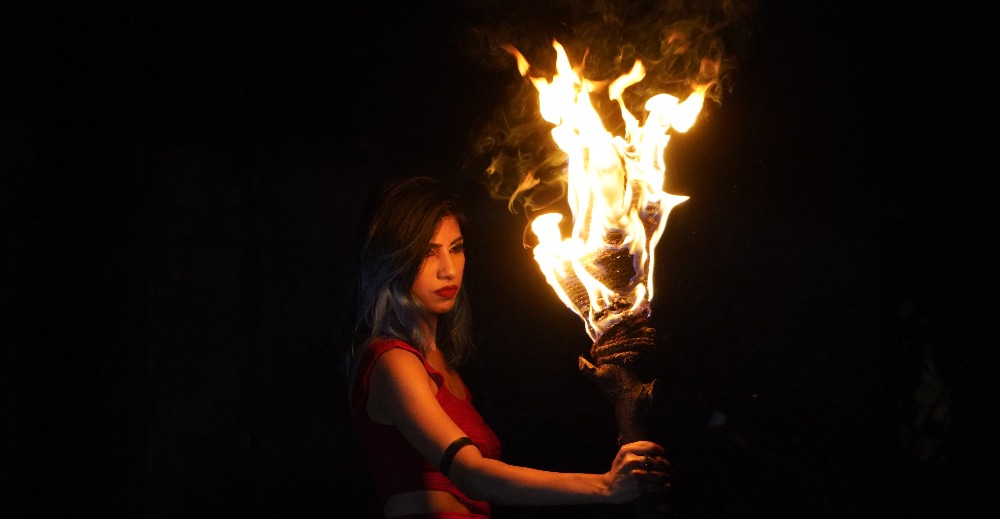 Shehara Jayatilaka-Napoleon, better known by her first name Shehara, is one of the very few women involved in Sri Lanka’s metal scene. She’s a self-taught singer-songwriter, and established herself as the very first woman in the country to launch her own rock/metal album.

She came into the music industry after her debut as a finalist at TNL Onstage back in 2011, and has continued to revolutionise the metal industry.

Speaking to The Morning Brunch, Shehara revealed that music has been a part of her life since she was a child. “Music has always healed and soothed me. It guides me through my darkest times.”

Recently, she released a teaser video for a song Fidelity, off her album Fountain of Memory. Fidelity was actually written 10 years ago, and yet she held on to it, waiting for the perfect time to release it. Her goal for last year was to release music videos for four songs off her album, and she has successfully recorded two videos since.

She informed us that Fidelity was recorded mid-pandemic, back in April, right in her backyard. “Where I live, there’s a huge garden with a small jungle in the backyard. We set up the instruments there.” With the help of her friends, family, and bandmates, she self-directed a spectacular music video with videographer Shameem Ismail, full of soul that emanates the meaning behind the song.

She walked us through the day the video was shot: “I borrowed the instruments from a few of my friends. My cousin who is a makeup artist and lives next door dressed me up, and did my make up in such a way that the elements of the song were clear in my outlook.”

Shehara considers herself a perfectionist, and yet, she described the experience of directing her music video as a very fun experience, despite the fact that she was “stressed out of her mind”. “It was a lot better this time,” she shared, adding: “Because I had our drummer Ash Lanthra helping me edit the whole video.” 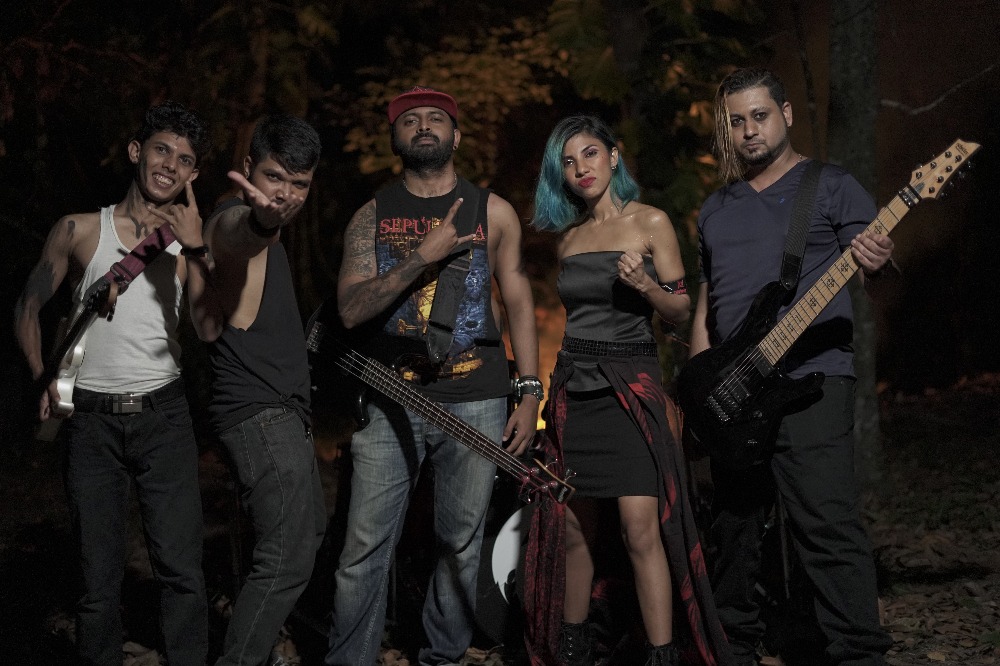 If you look closely at the teaser, you’ll notice miniscule hidden details, like the nails on the candles, and the dragon logo on the lantern; the subtle details are what make the video stand out so much. Even the red dress Shehara adorns in the video is hand-knitted and tailored to represent a phoenix. “There was a lot of hard work and painstaking effort that went into the finer details in the MV,” she stated.

The initial recording of the song had an animated video, but Shehara told us that it was her dream to shoot a music video, because the song is brimming with fire. The message behind the song is something all of us humans resonate with: “It’s about realising the hate that we have within, and coming to terms with it.”

Shehara explained why the video has so many destructive elements in it, like the sword and the fire, that could almost make the video come across as dark. “For me, anger and rage equals fire. Fire also represents purification and rebirth. In the video, what we’re trying to show is a necessary step into another dimension, where we need to confront and realise all the darkness within us.” She continued: “We need to slay our demons, because if we don’t, our world as we know it will be destroyed. We step into the other dimension, slay the demons, and emerge as a new, pure human.”

Her love for metal stems from the honest and positive message behind most songs in the genre. She added that the versatile instruments and the screams and growls are what set metal apart from other genres. “Metal made its way into my blood. It’s still here today, and always will be.”

It’s a new year, with new hopes and dreams, and Shehara shared hers: “Irrespective of whether there are lockdowns or not, or a third wave, we will keep pushing and working towards our end goal. I’m happy to say that I’m not a soloist anymore; I have a band with four other people supporting me through my endeavours.”

She also talked about her goals for the year. “Our goal is a collective one – we want to tour abroad, we want to release another album, we’re working towards releasing our second record, and we want to focus on our digital media platforms and build the entire band up to success.”

She left us with a simple message: “Stay motivated and keep pushing towards your dreams.”

Travelling amidst a pandemic: Shalu Wijerathna shares her thoughts

January 21, 2021 byRusiru Keppetipola No Comments
Shalu Wijerathna has a deep passion for all things travel. She is usually found frolicking around Sri Lanka, making memories, and taking some amazing pictures along the way.

August 9, 2020 byNaveed Rozais No Comments
On a recent visit to northern Sri Lanka, The Sunday Morning Brunch met with Jaffna-born and based creative Thulasi Muttulingam to gain insight into Jaffna’s creative and artistic culture