We will win by over 100 votes – Shammi Silva 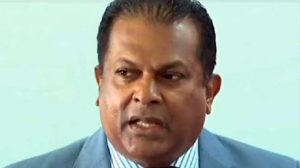 “We will take more than 100 votes. Our victory is already assured,” said Silva adding his candidate for the post of Secretary will be the incumbent SLC Secretary Mohan de Silva and his Vice Presidents will be Jayantha Dharmadasa and Ravin Wickramaratne.

“We have worked for our member clubs and looked after them during the Covid-19 situation through the entire last year. Our opposition says that we are bribing the clubs. We don’t have to bribe the clubs. The majority of them are with us,” added Silva.

Players should’ve been more responsible
SLC is to go for election on 20 May. Some sections of the local cricket fraternity argue that there won’t be an election and the Youth and Sports Minister Namal Rajapaksa will soon intervene and appoint an Interim Committee to run the affairs of national cricket in the wake of the poor performance of the Sri Lanka team, especially during the past England Test series in Galle.

“We have been doing reasonably well until the England series. In South Africa we lost clearly because of our injuries. That was an unfortunate situation,” Silva explained.

“But there are no excuses for the loss against England in Galle. The players should have been more responsible. We are one of the few Boards who didn’t cut contract fees of any of our players during the pandemic. They showed lack of commitment in that series,” he further said. 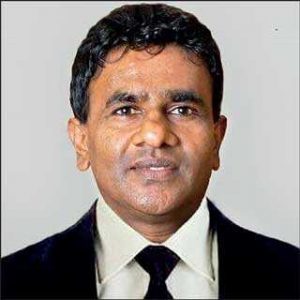 Meanwhile Kangadaran Mathivanan, who has also announced that he will be leading one team in the next SLC election, said nobody can predict any figure yet because the clubs are yet to take their mandates.

“The nominations are yet to be given. No party can give any figures so far as the member clubs are yet to take their mandates,” Mathivanan, one of the former Vice Presidents of SLC, told us yesterday.

“Nishantha Ranatunga will be the candidate for the post of Secretary from my team. There will be more well-known former national and first-class cricketers who will be part of my team. We are confident that we can win,” he said.

Silva negated the possibility of Sports Minister intervening to appoint an interim committee.

“There is no reason for that. Appointing an interim (committee) is a ploy put forward by our opposition parties to enter power. Such a move will also be a blow on the democratic process,” Silva added.

Responding to the views that he has parted his ways with former SLC President and his ally Thilanga Sumathipala, Silva negated the idea.

“We are not angry with each other. But being the Head of SLC, I have to work myself for the betterment of the game and take the responsibility by myself,” Silva explained.

Karunaratne closes in on top 10