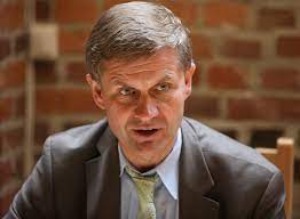 Were Norway and Solheim pro-LTTE?

At our very first meeting, Erik Solheim and I agreed to disagree about the Liberation Tigers of Tamil Eelam (LTTE).

I called on Solheim at his invite at the Norwegian Embassy in New Delhi, only months after my unauthorised biography of the LTTE Chief Velupillai Prabhakaran was published and made waves.

I was happy to meet Solheim, Norway’s Special Envoy to the Sri Lankan peace process. He was brimming with energy and optimism.

Solheim and others from the Norwegian Foreign Ministry seem to feel that with some pushing, cajoling, and prodding, they could persuade the LTTE and Prabhakaran to talk peace with Sri Lanka.

I was sceptical. Having closely observed the LTTE from the time Tamil militancy erupted in 1983 with a bang, I was convinced beyond doubt that Prabhakaran will never step back from his cherished goal of Tamil Eelam.

Yes, Prabhakaran may go for talks if he thought that a dialogue will pump oxygen to the conflict. Prabhakaran was determined to carve out a free Tamil state.

I vividly remember telling Solheim that day: “I will be the happiest person if my analysis is proved wrong and you are proved right. If your assessment turns out to be correct, it will mean peace in Sri Lanka.”

I added immediately: “Unfortunately, Solheim, I think I will be proved right. But that will be unfortunate because Sri Lanka will then see more bloodshed.”

Although a professional politician, Solheim had the traits of a diplomat. He was not upset. He remarked: “Can we remain friends and keep meeting while agreeing to disagree over the LTTE?”

We parted on that positive note.

It took Solheim two long and bumpy years to realise that my reading was proving to be right. The LTTE broke up in 2004, igniting unprecedented tensions, and fighting with the military resumed in 2006. In another three years, Prabhakaran would be dead.

Solheim was decent. Late in 2006, he sounded defeated, as he telephoned and recalled our 2003 meeting in Delhi. “I thought then you were too pessimistic about the LTTE. I realise now you understood the Tigers very well.”

Solheim added for good measure that (then) Indian External Affairs Minister Jaswant Singh too had warned him not to trust the LTTE beyond a point. He said he had mistakenly assessed that Indians seemed negative because they had messed up in Sri Lanka and now saw sour grapes everywhere.

Although Solheim continued to labour on vis-à-vis the by now floundering peace process, I was convinced he had reached a dead end.

Solheim made innumerable visits to Sri Lanka. Almost every time, he would make a trip to New Delhi to brief Indian officials on the progress he was making to bring about a lasting truce in the island nation.

For years, it remained a secret that Solheim interacted closely with the RAW, India’s external intelligence agency which played a key behind-the-scenes role in shaping the 2002 Sri Lankan peace pact, unknown to the LTTE and Colombo.

Even later, he would frequently break his journeys in New Delhi on his way home from Colombo, for parleys with RAW officials at the Indira Gandhi International Airport.

There were times when he also met the Indian External Affairs Ministry.

On some of these occasions, Solheim and I discussed Sri Lanka in detail. Once, I took him to a Hindu temple on a Delhi hill from where you can view a vast expanse of the city. We also went to Dilli Haat for Kashmiri saffron tea. He was frank and often shared vital bits and pieces on a strictly confidential basis.

In some members of the Norwegian delegation, I sensed overconfidence vis-à-vis their goal. Perhaps they felt that Norway would easily succeed in playing the broker between the warring sides. And with its proven, if not always successful, international track record, Norway would accomplish in Sri Lanka what Sri Lankans themselves, and of course India, failed to do.

But the Sri Lankan conflict was a more complicated story than it looked. Someone like Prabhakaran, having ballooned from a rag-tag group of 40-odd militants to controlling a third of Sri Lankan land area and two-thirds of its winding coast, was not going to give it all up just to add a feather in the Norwegian foreign policy cap.

The Norwegians made more enemies in Sri Lanka than they could afford. Tamils who had been at the receiving end of the LTTE were not happy with Oslo. They felt Norway was too accommodative of the Tigers. The main Opposition and the Buddhist hardliners on the Sinhalese side too were unhappy. Ditto with the Muslims. Outside Sri Lanka, India was hugely suspicious about the LTTE.

And with the peace agreement signed by (then) Prime Minister Ranil Wickremesinghe and Prabhakaran seen as a “betrayal” by many in Sri Lanka, more so with the LTTE showing no signs of demobilising, the tide began to turn against the Norwegians, Solheim in particular.

At one time, the Norwegian Embassy in Colombo was stoned. Solheim also had to bear personal attacks. None of this was pleasant, he admitted.

Solheim was caught between the devil and the deep sea. He could not denounce the Tigers publicly because he needed to meet them; he would not condone the Tigers too although the LTTE wanted him to defend them. Norway, I was convinced then and I am now, had no desire to see Sri Lanka break up because that itself would have failed the peace process. But Oslo did not say so in so many words, at least for a long time, leading many to believe, wrongly, that Norway was pro-LTTE when in reality it was not. At best, Norway and Solheim were nice to the Tigers but it caused enormous damage to their standing.

Indeed, every time the LTTE carried out a high-profile assassination, Solheim was furious. He would tick off the LTTE privately. He conveyed this only to those who interacted with him. I could make out that the one person in the LTTE who opened up completely to Solheim was Anton Balasingham, the London-based supposed political advisor to Prabhakaran.

By the time Solheim bowed out of the tattered Sri Lankan peace process, he had been battered by critics, both in Sri Lanka and Norway. Colombo’s determined military onslaught against the LTTE, leading to its decimation, stunned him. When history is written minus prejudice, it will be known that Norway and Solheim had no love for Tamil Eelam. They went wrong because they felt they will manage the LTTE – just as Prabhakaran thought he could manage everyone else.

April 18, 2021 byNews Admin No Comments
Geneva. That’s a city. Heard of it? It was in the news, folks. Well, “was” means “past tense”. Make no mistake though, it will make the headlines again, for Geneva is seasonal. For now, in the present

The ‘high’ and mighty

February 24, 2019 bythemorninglk No Comments
We now know why many of the honorable members of Parliament behave the way they do in Parliament. A few weeks back, in these very columns, we speculated that it might have something to do with their