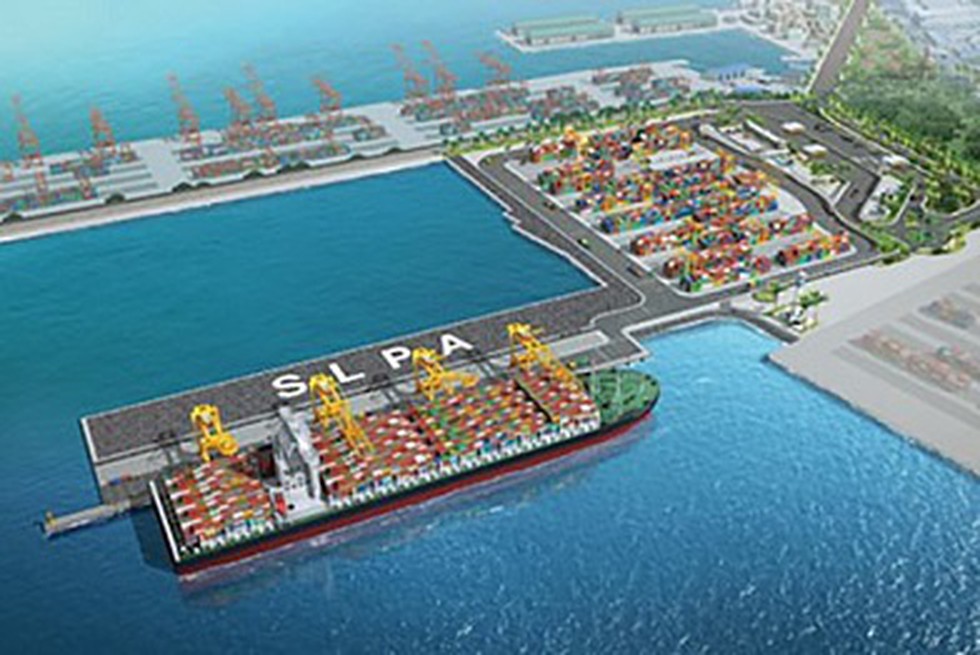 The Attorney General’s (AG) concurrence has been sought for the drafting of the Build, Operate, and Transfer (BOT) agreement for the West Container Terminal (WCT) at the Colombo Port between the Sri Lanka Ports Authority (SLPA) and India’s Adani Ports, The Sunday Morning learnt.

It is learnt that both parties have agreed to the draft agreement and once the AG’s concurrence is given, the parties are planning to sign the agreement.

According to the agreed conditions, Adani Ports will hold 51% of shares while its local partner John Keells Holdings (JKH) will hold 34% of shares. The shareholding of the SLPA would be 15%.

Speaking to The Sunday Morning, SLPA Chairman Gen. (Retd.) Daya Ratnayake said the letter of intent (LoI) had been signed by both parties several months ago and at present, both parties have completed the drafting stage of the agreement as well.

As learnt by The Sunday Morning, a consortium company has also been incorporated, called West Container International Terminal (Pvt.) Ltd.

Explaining further, Ratnayake noted that full ownership of the WCT would be handed back to the SLPA after 35 years of operation.

Accordingly, as per the initial agreement between India and Sri Lanka, the WCT will be developed on a BOT basis for a period of 35 years as a public-private partnership (PPP). The agreement is said to have similarities with the agreement signed between the SLPA and China Merchants Port Holdings Company Ltd. (CMPH), a listed blue-chip company in the Hong Kong Stock Exchange, for the development of Colombo International Container Terminals (CICT) nearly a decade ago.

Initially, Adani was offered the development of the East Container Terminal (ECT) together with Japan but later, due to the mounting pressure from port trade unions, the Government was compelled to withdraw its plans of handing over the ECT. However, the trade unions, except the Janatha Vimukthi Peramuna (JVP)-affiliated All Ceylon Port Employees’ Union, agreed with the Government to hand over the WCT for the PPP instead of the ECT.

However, the unions later stressed that the WCT is as strategically important as the ECT but by that time, the Cabinet had already approved the handover.

Once constructed, the WCT will have a quay length of 1,400 m, alongside a depth of 20 m, thereby making it a prime transshipment cargo destination to handle Ultra Large Container Carriers (ULCC).

Accordingly, in March, Adani Ports and Special Economic Zone (APSEZ) Ltd. announced the receiving of a LOI from the Ministry of Ports and Shipping and the SLPA, acting on behalf of the Government of Sri Lanka, pursuant to approval from the Sri Lankan Cabinet of Ministers, for the development and operations of the WCT.

Nevertheless, concerns have been raised over the agreed shareholding between the SLPA and Adani, as the initial Memorandum of Co-operation (MoC) reached between India, Japan, and Sri Lanka provided for the formation of a Terminal Operations Company (TOC), of which 49% is jointly held by Japanese and Indian shareholders while 51% is held by the SLPA. But, under the WCT agreement, SLPA would hold only 15% of shares.

However, when contacted by The Sunday Morning, Ministry of Ports and Shipping Secretary U.D.C Jayalal said it was initially agreed that the SLPA would hold only 15% and the agreements were made based on the agreed shares.

“The initial LoI has been shared and now, the WCT is at the agreement drafting stage,” he said, adding: “There’s a BOT agreement that the parties need to sign and we are currently working on it. Once the BOT is initiated, we give them some time to sign the agreement.”

The Colombo Port currently consists of three main parts. One of them is the Jaya Container Terminal (JICT), which belongs to the SLPA. The South Asia Gateway Terminal (SAGT) is owned by Sri Lanka and international entities. A majority of the shareholding in the CICT is owned by China. This terminal is located adjacent to the Colombo Port City. As a result, a terminal of sufficient capacity for the SLPA to dock large ships does not exist within the Colombo Port at present.

The East Container Terminal (ECT), which was initially to be handed over to India, is now being developed by the Sri Lanka Ports Authority (SLPA) to accommodate large ships.

Speaking on the development of the ECT, SLPA Chairman Gen. (Retd.) Daya Ratnayake said the development activities are currently progressing and at present, it was at the procurement stage.

“The development work is currently going on and we have expedited the work. The SLPA funds would be utilised and in the meantime, if it’s necessary, the SLPA would obtain a loan from a local bank or an international agency,” Ratnayake said, adding that nothing has been finalised as of yet regarding the obtaining of the loan.

The estimated cost for the development of the ECT is around $ 500 million, he said.

Commenting on the ECT development, Ministry of Ports and Shipping Secretary U.D.C. Jayalal said the procurement process for the ECT has already commenced.

When queried about the financial allocations for the development, the Secretary said the necessary finances would be allocated by the SLPA.

The operations of the first stage of the ECT were scheduled to commence in the year 2015. Even though the Cabinet had made proposals and reached concurrences and policy decisions to commence the operations, those had been cancelled and some decisions had not been implemented.

At present, a 600 m quay wall has been built, with 440 m berthing facilities consisting of a 30 m rail span, a 20 m wide back reach area with a two-lane road, and a free area with revetments and capping beam. A land side crane rail and beam has also been built and a container yard was constructed on reclaimed land, consisting 12 dry stack lanes and one reefer lane, with 30 m-wide yard peripheral roads. A terminal tractor parking area corner revetment was built, and services and utilities were completed.

January 7, 2019 bythemorninglk No Comments
A recent accident involving an elevator at a building in Nawam Mawatha, Colombo has raised serious concerns over the safety of elevators installed in public buildings.

July 10, 2021 byNews Admin No Comments
The launch of the local manufacturing process of Sinovac, a Chinese vaccine against Covid-19, would see further delays, as concerns have been raised regarding the vaccine’s efficacy against the highly