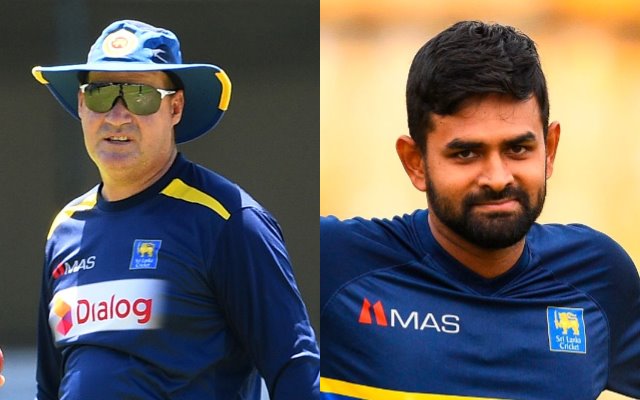 The prospects of Sri Lanka touring West Indies this month, for two Tests and three ODIs and T20Is each, became almost zero by Friday (5) after concerns over a couple of their tour party members (Mickey Arthur and Lahiru Thirimanne) testing positive for Covid-19 early last week.

Sri Lanka Cricket (SLC), after consultation with Cricket West Indies (CWI), were about to officially announce that the series would be postponed to a future date. TV Derana quoted SLC President Shammi Silva as saying on Friday that the West Indies tour was postponed temporarily.

If the series is to be officially postponed, when can it be rescheduled this year?

“The chances to make the tour this month are very slim. We are looking for rescheduling it in the Asia Cup window (in June 2021). Five (participating) countries need to come for that (Asia Cup) which is unlikely to happen, as it is now,” a senior SLC official told Sunday Morning Sports on Friday.

“We have started discussions with them (CWI) to look for other possibilities to organise the series in another time period,” he added.

If anything happens after going there…

“In three days, another round of PCR Tests will be done on our squad. Even if the players are to test negative in that, it is still impossible to tour West Indies this month, because they need to be isolated for 10 days anyway. The tests are to be done on the first, third, sixth, and the ninth day.

“That is the health guidelines that we are following at the moment. If anything bad happens after we go there, it will be a very big problem,” the above official explained, negating all chances of the series being held in March.

After the above two tested positive, the entire 35-member Sri Lanka squad put on under quarantine from Wednesday (3).

India to skip Asia Cup, Bangladesh tour will be SL’s next

The Board of Control for Cricket in India (BCCI) was reportedly contemplating pulling out of the Asia Cup in June to accommodate their marquee bilateral series in the year 2021, Indian media reported last month.

“… the Asia Cup, even if it was scheduled (for June), would’ve probably been played around the same time as the ICC (International Cricket Council) Test Championship final (from 18-22 June at Lord’s, England). If India don’t make the final, the industry would’ve preferred the Asia Cup instead. Now, the chance of such a thing happening looks bleak …,” Times of India said on 18 January.

Sri Lanka’s next engagement is reportedly the tour of Bangladesh for the ODIs, scheduled for May.

India to play two additional T20Is in July in SL!

May 21, 2021 byRevatha No Comments
Two additional games for the July India tour of Sri Lanka

Bangladesh 241/2 in 1st Test: Battle begins for revival and honour