What do we know about the MCC agreement?

November 14, 2019 by themorninglk No Comments 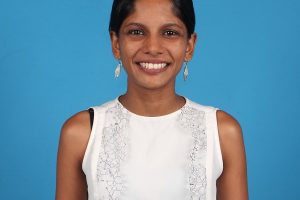 Late last month, in a major breakthrough, Sri Lanka’s Cabinet of Ministers approved the implementation of the $ 480 million Millennium Challenge Corporation (MCC) grant and released the final draft of the grant agreement to the public for review.
The agreement has indeed been at the heart of heated debate and political scuffle in recent months, with the President refusing to approve the agreement before the end of his term, a fundamental rights (FR) petition against the signing of the agreement being filed in the Supreme Court, and even a protest fast being staged earlier in the week.
But with the agreement out in the public with continued avenues for negotiation, Cabinet appraisal, and the Attorney General (AG)’s stamp of approval, what does Sri Lanka have left to be concerned about?

Who is the MCC and what do they do?

The MCC was created by US Congress in 2004, and is an independent US foreign aid agency (1). Since its inception, the MCC has signed 37 compacts with 29 countries, with an expected benefit to approximately 175 million people (2). These countries have to meet stringent eligibility criteria in order to qualify for an MCC grant, as funding is dependent on governments demonstrating that they are committed to democracy, investing in their citizens, and economic freedom.
The MCC describes its selection process as “competitive”, with a clear selection process through which recipient countries are chosen. Using the World Bank’s classification of countries based on per capita income, candidate countries are selected. From here, country selection criteria and methodology are published, and performance on these indicators is assessed, and published in a scorecard.
It is based on these country scorecards, the opportunity to reduce poverty and generate growth in a country, and the availability of funds, that a final decision is taken.
Additionally, the MCC places emphasis on the work being country-led, meaning that the Government of Sri Lanka identifies its growth priorities and develops MCC proposals accordingly (3). Sri Lanka began negotiations with the MCC in 2001 and was selected by the organisation as eligible to develop a compact in 2016 (4). Sri Lanka’s project proposals for the compact were submitted to the MCC Board in November 2017 and the Sri Lanka compact was approved by the MCC Board in April 2019 (5).
However, the agreement has been on hold ever since (6). As the organisation traditionally only funds low and lower middle-income countries, Sri Lanka’s recent graduation to upper middle-income status has now put its eligibility for the MCC grant into jeopardy unless the agreement is signed prior to 2020, as the country does not feature on the organisation’s 2020 scorecard (7).


What does the grant fund?

The main points of contention centre around the question: Where is the money going and what does this funding mean? According to the publicly available draft agreement, the MCC is providing this grant to address two of Sri Lanka’s “binding constraints” to economic growth: (a) inadequate transport logistics infrastructure and planning and (b) lack of access to land for agriculture, the services sector, and industrial investors (8).
These are constraints that were identified through a comprehensive constraints analysis, conducted by the Government of Sri Lanka and the MCC, in partnership with Harvard University’s Centre for International Development (9).
To address these constraints, the MCC will be funding two main projects – the transport project focuses on improving traffic management, improving the road network along the Central Ring Road for better connectivity between the Western Province and peripheral provinces, and the modernisation of the public bus system.
The land project focuses on creating a parcel fabric map and inventory of state lands, digitisation of the deeds registry, facilitating the ongoing work to move Sri Lanka from a deed registration system to a title registration system, digitisation of key valuation information for properties in targeted districts, and the establishment of land policy councils to support the Government’s work on land policy and legislation (10).
The agreement states the projects are expected to benefit approximately 11 million individuals over a 20-year period – around half of Sri Lanka’s total population (11). 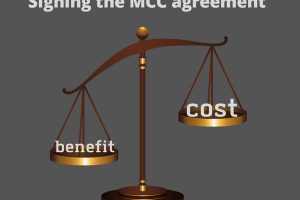 Why are people against the MCC agreement?

There have been two main arguments levelled against this agreement. The first is that the land project will mean that land owned by the Sri Lankan Government will be available for purchase to the American Government.
The second argument is that the MCC agreement is an attempt to undermine Sri Lanka’s national security. While both of these claims have been denied by MCC Resident Country Director Jenner Edelman (12), an air of suspicion still remains.
Indeed, Sri Lanka is commonly cited as a case study of debt-trap diplomacy in the region and there is merit to the argument that the Government should be vigilant in reviewing the terms and conditions of future development agreements.
However, upon review of the publicly available resources of information, the MCC grant does not involve the lease or transfer of ownership of any Sri Lankan land, and does not require Sri Lanka to pay back any of the grant amount, as long as the agreement is not explicitly violated.
This is a standard safeguard that is characteristic of international aid agreements, used to ensure that the grant money is used exclusively to achieve the goals of the compact and does not fall into the wrong hands.
Other concerns pertaining to the construction of a physical economic corridor, connections to SOFA and ACSA agreements, acquisition of Sri Lankan land by the US Government, undervalued land transactions, establishment of US colonies and/or army bases, construction of electric fences, and destruction of the local environment, have also been confirmed as baseless upon review of the agreement.
The document clearly stipulates that the Sri Lankan Government has “principal responsibility for overseeing and managing the implementation” of the projects, and a signed legal opinion from the AG of Sri Lanka must be acquired before the agreement is entered into force (13).
Even after the agreement has been signed, Sri Lanka still has the option to modify the agreement, provided that these modifications do not exceed the allocated funding allowance or extend the grant term of five years.
The agreement will also not come into force until it has been submitted to and enacted by the Parliament of Sri Lanka (14), providing ample safeguards to ensure all relevant stakeholders are involved in the approval process. Concerns around the failure to submit the agreement to Parliament prior to its signing have been deemed unreasonable by Minister of Finance Mangala Samaraweera, who stated that Parliament cannot debate an unsigned document (15).
The argument of the Opposition, that the agreement should be put on hold until after the election, also presents serious risks of losing the grant altogether, due to Sri Lanka’s recent graduation into upper middle-income status.
While it is important for Sri Lanka to consider all of the implications associated with enforcing the MCC compact, it is equally important to consider the benefits that could be lost if the Government continues putting off approving the agreement any longer.
At no cost to Sri Lanka’s Treasury, the compact presents a rare opportunity for Sri Lanka to address some of its most prominent infrastructure issues and binding impediments to growth. With a current public debt-to-GDP ratio of 82.9% (16), the Treasury cannot afford to address these issues on their own, and grants like the MCC are only going to become harder to come by with Sri Lanka’s new income status. Regardless of which Government comes into power over the next year, Sri Lanka should not let this opportunity slip away.

(The writer is a Research Analyst at the Advocata Institute whose research focuses on public policy and governance. She can be contacted at aneetha@advocata.org or @AneethaW on Twitter. This is a weekly column written by Advocata which appears in The Sunday Morning Business.

Advocata is an independent policy think tank based in Colombo, Sri Lanka. They conduct research, provide commentary, and hold events to promote sound policy ideas compatible with a free society in Sri Lanka. The opinions expressed are the author’s own views and may not necessarily reflect the views of the Advocata Institute, its Board of Directors, its research fellows, or advisors.

What do industries expect from Budget 2022?

October 24, 2021 byNews Admin No Comments
The Sri Lankan economy as a whole is experiencing a downturn, particularly following the Easter Sunday attacks in April 2019. While most of the rest of the world started experiencing an economic downt

December 6, 2020 byNethmi Liyanapathirana No Comments
With less than a month left to conclude the year, the Sri Lanka Apparel Exporters’ Association (SLAEA) expects the country’s apparel export revenue to be around $ 4 billion for the year 2020.