September 23, 2019 by The Sunday Morning No Comments

When the end of 2018 was dawning near, the United Nations Population Fund (UNFPA) and UN Volunteers (UNV), with support from the UN Peacebuilding Fund, noticed a risk of Sri Lankan youths involving themselves in extremism and consequently violent extremism. This may be considered a notice that’s somewhat overdue when considering Sri Lanka’s past riddled with turmoil and violence.

Most often, there were indeed great numbers of youths involved in various violent activities and in addition, recent events such as the bombings on Easter Sunday this year, were mainly carried out by extremists who fall into the category of youths. 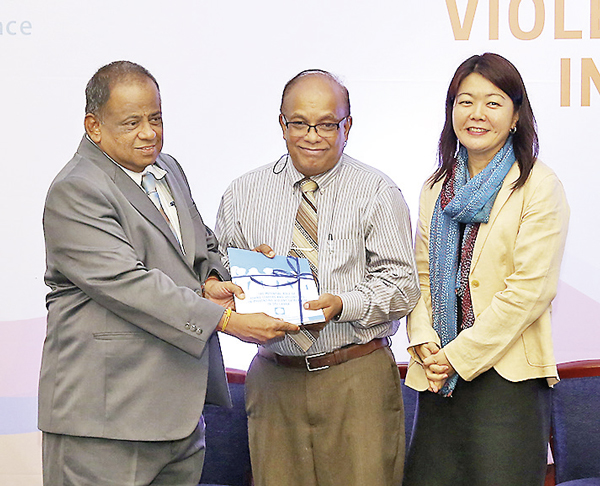 Besides the recent tragic occurrences, just a few years ago, the island was in the midst of a brutal civil war that lasted 30 years and endangered the lives of virtually every youth in the country. A little further back, in the late 90s when the war was in its early stages, riots regarding the then violent extremist socialist party – the JVP – vanquished the energetic and enthusiastic spirits of a large population of young individuals, mainly university students, and created some stigma around youths involving themselves in matters of governing the country.

At long last, in September 2018, three sectors of the single institution whose main goal is to protect the peace of the world joined together and commissioned a study headed by Regional Centre for Strategic Studies (RCSS) Executive Director Prof. Gamini Keerawella with the aim of investigating “The Potential Role of Young Leaders and Volunteers in Preventing Violent Extremism in Sri Lanka”.

A sample population of 2,800 youths between the ages of 15 and 29 from across Sri Lanka was taken, with data being extracted from focus groups, interviews, and case studies. Ten key findings were observed at the end of the study and the research team didn’t stop there – they also came up with a number of ways that a solution could be given to each of the problems discovered.

While they found that a majority of the youths identify themselves as Sri Lankans rather than based on racial and ethnic factors, they also found that when it came to the post-war context, their path to complete co-existence was yet to be explored.

Further, they’re often not given a voice in local politics, causing them to lash out in violent and extremist ways. 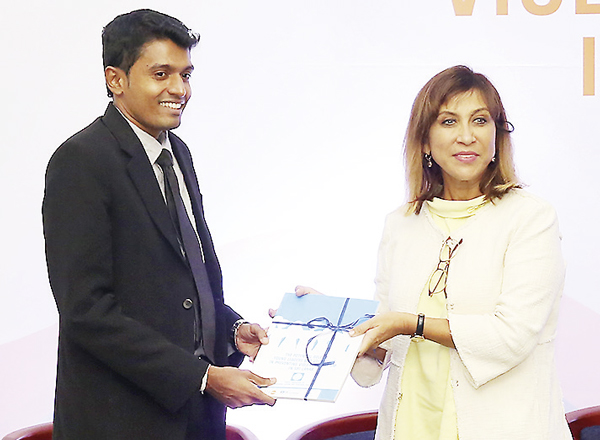 This is often the theme that comes up with regards to radical and extremist political groups throughout history – not simply of Sri Lanka, but the entire world.

“Who are we? No one. What do we want? To be someone!” was, many a time, the rousing cry of groups of revolutionaries during times of political instability across the world. Why should it not be applicable to the youths of Sri Lanka who, although indeed the future of the nation, are constantly ignored and whose opinions are barely ever taken seriously? They also found out that the propagation of various new ideologies, the example set by role models, and the representation of violent extremism on media were key pull factors for youths towards extremism, while discrimination and undemocratic injustices including exclusion were key push factors to extremism.

The main resolutions proposed in the study to the Government and those from the UN organisations focused largely on changing the system of education, involving youths in the legislative process of the country and also diminishing party politics when it comes to matters that require complete democracy, thereby allowing the youth to remain unbiased and free from manipulation which could lead to extremism.

As a result of the findings obtained during the study and the need to take immediate action to abolish the youths’ inclination towards violent extremism that so far has only resulted in the loss of their futures and the loss of many other futures, Prof. Keerawella’s team together with the organisations of the UN, in the presence of Ministry of National Policies, Economic Affairs, Resettlement and Rehabilitation, Northern Province Development, and Youth Affairs Secretary V. Sivagnanasothy, United Nations, Sri Lanka Resident Co-ordinator Hanaa Singer, United Nations Population Fund Representative Ritsu Nacken, United Nations Volunteers Country Co-ordinator Sharmalee Jayasinghe, Regional Centre for Strategic Studies Executive Director Prof. Gamini Keerawella launched a peace panel comprised of 30 youths from all nine provinces of Sri Lanka who are determined and driven to protect their generations from heading down a path of pandemonium.

A glimpse into House on the Moon at Food Studio

June 4, 2020 byJennifer Anandanayagam No Comments
Teardrop Hotels is delighted to announce that its collection of hotels reopened their doors from Monday, 1 June 2020. The collection will lead the way in the East in a game-changing move to open up th