What happened to Sadeera Samarawickrama? – An Opinion 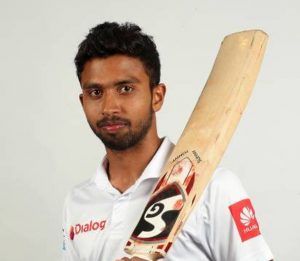 Sri Lanka’s 22-member Test squad for the two-match West series was announced two days before the start of the first Test in Galle, on 19 November.

It was a fine mix of young and old, promise and experience, no doubt.

But some of the inclusions and exclusions beg reasonable answers from the selectors, headed by Pramodya Wickramasinghe, whom we tried to inquire about those selections, but failed in our effort.

1. How has the left-handed Kamil Mishara been given prominence over right-handed wicket-keeper bat Sadeera Samarawickrama? The most recent two-match series between touring Pakistan ‘A’ and Sri Lanka ‘A’ looks to be the main criteria. There, the 20-year-old Mishara scored 217 runs with two knock of 98 to average 54.25 whilst Samarawickrama, 26, struck 152 at 76.00 with a top score of 151 not out off 223 balls in the first unofficial Test.

The only answer could be that the selectors are giving prominence to age over experience in this selection. Sadeera has played four Tests already, debuting in 2017.

3. Has Monod Bhanuka suddenly turned a Test player again? At the rate the selectors had been neglecting him in the most recent Tests and including him in the short-formats instead, there were many who thought that the wicket-keeper opening bat is earmarked for only limited-over cricket. He was not played for the World Cup either and was out of the Lanka Premier League’s (LPL) initial Player Draft too. Confusing.

4. Chamika Gunasekara – The way the right-arm fast-bowler had been drafted in looks irrational, to say the least. What the five-match first-class bowler, 21, had done spectacular so as to get the selectors’ nod is to take 6/83 against Pakistan ‘A’ but nothing else.

Are the national selection still done to satisfy the whims and fancies of various outside forces. Not to highlight here that leaving space for undue pressure and neglecting merit whilst allowing outside influence will not auger well for the game. National cricket team is not anyone’s private property but a much-cherished preserve of nearly 22 million people in this country.

August 21, 2021 byRevatha No Comments
Event in new limited-over format, defying critics, comes to an end in its 1st edition

November 8, 2021 byRevatha No Comments
Memorable sports happenings of the day