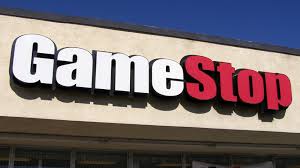 What is happening with GameStop? : A beginner’s explanation to one of the most bizarre events in Wall Street history

You may or may not have heard about this particular incident sometime in the last week or so, but I imagine that many of you would have come across it at some point since it has quickly become one of the most shocking headlines in the world right now. My Instagram feed has been absolutely blowing up with stories about the GameStop incident and how remarkable it is to witness all of this unfold in real time. So with that being said, I figured that writing an article about it might clarify a fair bit about what happened to those who are not well versed with the stock market and how unbelievable this feat was. Keep in mind that at the time of writing this article, the event in question was still unfolding, hence why the situation may or may not be vastly different now depending on what has developed over the past week. Regardless, it is a remarkable story and anyone interested in the stock market and economics will certainly want to read more about this.

First and foremost, I assume that many of you have heard about GameStop. For those of you that do not know, GameStop is a famous video game retailer that was quite prominent for a while in the Americas and Europe. If you lived in those countries and you wanted to go down to the store to pick up the latest release in the gaming market, GameStop is usually the place you would end up at. To put it simply, GameStop has not had a favourable few years in recent memory. Especially in the last year with the pandemic, GameStop has struggled to compete with digital distribution companies that have become more popular since many people do not want to shop in person and risk getting infected.

So we have established the first part of the story – GameStop was doing very badly in recent years. Hence, the value of its stocks has subsequently fallen as well. The second part of this story involves investment firms. Basically, investment firms and hedge fund managers look at failing businesses the same way that a kid would look at candy when he/she goes to the local mall. So from here, they employ a common tactic known as “short selling”. Wondering what short selling is? Here’s a simple construct of it:

A hedge fund manager spends $ 10 to take on loan shares from GameStop with an interest of $ 1 (for the sake of simple math). The manager then sells the stocks at that price to people (like you and me) with the intention of buying it back later. The manager then proceeds to buy it back once GameStop shares fall because of the failing business climate and ends up purchasing it at $ 5. The manager then gives the stocks back to GameStop and earns a $ 4 profit after paying back the interest he borrowed it at.

This is basically how investment firms and hedge fund managers make money off of “short selling”. The idea is to borrow shares with the intention of selling and repurchasing them over a short period of time in order to make a profit. If done correctly, this usually yields a profit for them. However, this is where Reddit comes in to spoil the party.

Reddit is a community many of us know about, a social media discussion site that allows users to talk about anything and everything that they want. Well, it just so happens that Reddit also has a “sub-reddit” (a term used to describe pages that talk about specific content) where users talk about everything related to Wall Street and the stock market. This community is known as “r/wallstreetbets” (which you can search up on Reddit if you want more information) and they are the users responsible for the GameStop incident.

Essentially, the Reddit users noticed that hedge fund managers were trying to perform the “short selling” tactic on GameStop. Then the plan was for all Redditors to come together to buy all the shares that the managers sold to them and unilaterally increase the price tenfold. This strategy pays no respect to the traditional market system and how it is supposed to operate, since they are artificially raising the price for the sole purpose of making these hedge fund managers lose millions if not billions when they have to repurchase the stock.

The idea of something like this happening is almost unheard of in the stock market world. It is quite certainly a bizarre incident in Wall Street history and it is being famously dubbed as the “War on Wall Street”, as the regulators and investment firms are desperate to try to stop these users from keeping the price on the all-time high that it is currently at. It is certainly one to keep an eye on and if this situation does carry on by the time this article is published, then we would be witnessing one of the greatest economic wars of all time being played out by everyday traders against the biggest names that currently occupy Wall Street.

May 22, 2022 byPavani Jayasinghe Munagamage No Comments
Emotional intelligence refers to our ability to deal with, be aware of and express our own emotions, as well as the ability to empathise with others and establish relationships. To put it more simply,