What people need is three meals, not democracy – Muralitharan 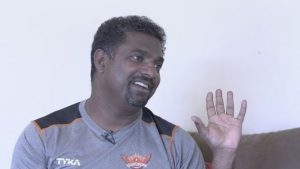 Legendary Sri Lankan bowler Muttiah Muralitharan has told BBC Sinhala Service on Tuesday, 6 November that a majority of people in the country need a means to have their three meals and an economic background for their children to have education.

In an interview with the BBC, cricket’s highest wicket-taker has said it was a problem for him as to why politicians of both south and north focus on various other matters while not fulfilling the basic requirements of the people.

“People will blame me for this. Things such as democracy, rights and law should be considered secondly. People who send their representatives (to rule them) from respective areas do not request democracy; they ask for meals and good education for their kids.”

Murali has further complained that a nine-year-old girl has committed suicide in the north due to economic problems and none of the politicians in the north has looked into the tragedy.

“Tamil politicians talk about rights and what happened in the past. Then they talk about democracy. I can’t understand what those really are. There is not a single MP who could look into the death of that child,” he has further said.

When asked for his comments on the struggle of the northern politicians to bring about a political solution to the north, Murali has replied asking why north needs such a solution.

Both sides made mistakes –

“Both sides did mistakes in the past. I don’t say all Singhalese are wrong. About 5% of them made an undue use of the political games. That created problems in the whole country. Then Prabhakaran started representing the Tamil people. He did so initially but later started killing people. He became a terrorist.

“Both sides got harmed. Innocent people are killed in a war. Otherwise it is not called a war. Without war, problems shave to be sorted out peacefully through dialogue.

“About 80% in this country are Sinhala Buddhists. They are the owners of this country. How much that we deny, we are the minorities,” he has argued.

“When I showed my talents, the whole country supported me. Were they concerned whether I was a Singhalese, Tamil or a Muslim? They helped me because of my talents and because I was a citizen of this country.”

Explained: How the IPL’s bio-bubble burst

May 5, 2021 byRevatha No Comments
The IPL bio-bubble has been burst nevertheless with Varun Chakravarthy and Sandeep Warrier testing positive from the Kolkata Knight Riders camp