What was Dravid’s ‘secret’ to Dasun Shanaka? 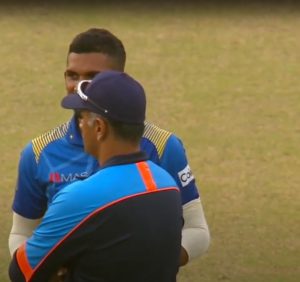 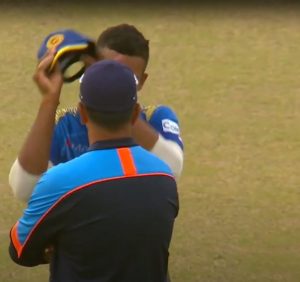 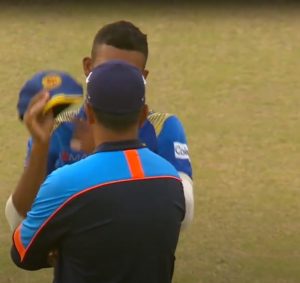 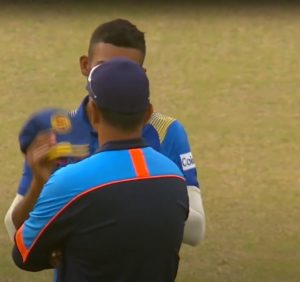 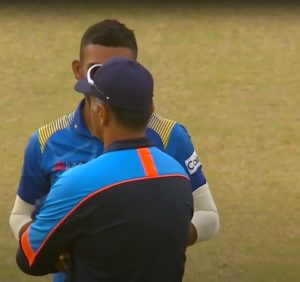 Sri Lanka’s new white-ball Captain Dasun Shanaka was seen having a one-on-one chat on the R. Premadasa ground during a rain break in the third ODI between Sri Lanka and India on Friday (23).

What did the renowned Indian maestro tell the young Sri Lankan skipper?

They said Dravid had told Shanaka that India had been “surprised” by the much-improved Sri Lanka side while also conceding that they were outplayed on Tuesday in the second ODI, which Sri Lanka lost after a close fight. 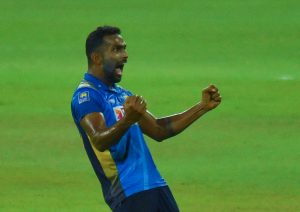 Dravid is the present Director of Cricket Operations at India’s National Cricket Academy (NCA) in Bengaluru. He monitors the progress of India ‘A’ and Under-19 teams and is hugely credited with finding and moulding world-class cricketers from the country, who have gone onto make India a super power in world cricket for many years now, across all formats.

During the short chat, Sri Lanka’s fast-bowling all-rounder Chamika Karunaratne had come in for heavy praise by Dravid, mainly for his aggressive approach.

Dravid is now overlooking the Indo white-ball team in Sri Lanka as India’s regular Head Coach Ravi Shatri is currently having duty with the Indian Test team under Virat Kohli in England.

Captain Shanaka was seen removing his cap before talking to the former Captain and prolific batsman who was nicknamed ‘the wall’ for his persistently defensive approach in batting.

Shanaka’s polite manner and the spirit with which the ‘quick meeting’ was made by the rival captain and coach had been hailed by the local cricket followers, mainly on social media.

Shanaka is now seen by many as one who has the best potential to take the ailing Lankan side out its current mess and carry it forward into the future. There is improved team spirit, unity, and a thirst for win evident in the Sri Lanka side under Shanaka’s leadership. 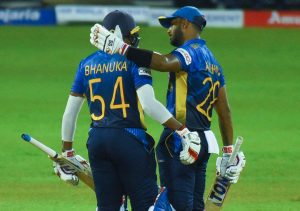 There is improvement in the team unity and without that, you can never win. Here is Avishka Fernando (on right) greets Bhanuka Rajapaksa on Friday (23) upon the latter reaching his fifty runs. Photo Pradeep Dambarage

In fact Dravid too has noticed the positive difference in the Lankan side. ‘There is improvement in the team unity and without that, you can never win, Dravid has reportedly told Shanaka.

Noticeably with raised spirit, Sri Lanka under Shanaka, recorded a much-awaited victory on Friday in the third ODI, significantly without any serious contribution by ‘the seniors’, including Dhananjaya De Silva and Wanindu Hasaranga.

Dravid had also said that he would also have a word with the Sri Lanka cricket hierarchy about what he had noticed in the new-look Sri Lanka team.

What was Dravid’s secret to Dasun Shanaka?

GoSL to make formal response on lack of representation

Indians to be licensed to fish in SL waters