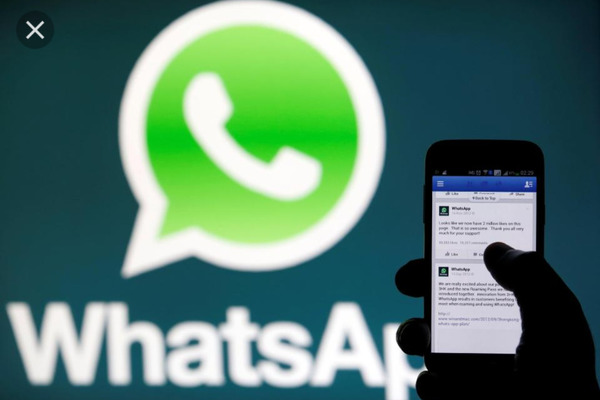 WhatsApp in Viber’s point of view 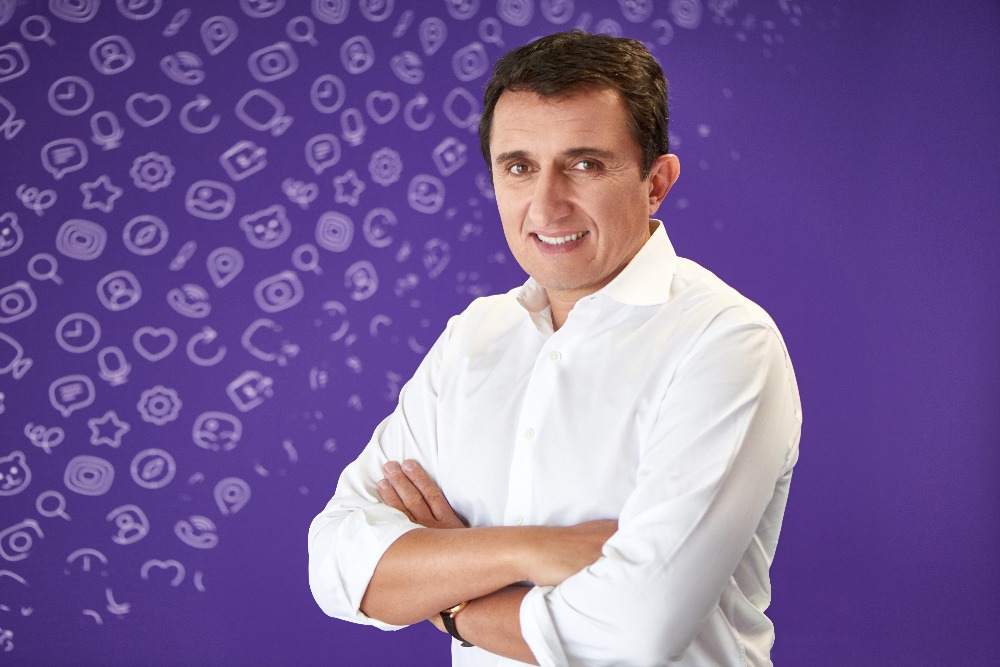 “The update not only demonstrates how meaningless user privacy is to WhatsApp, but it seems like a new record in disrespecting users, and no doubt will keep breaking in the future” Rakuten Viber CEO Djamel Agao

In the age of hashtags, likes, tweets, shares, and snaps, online privacy can seem almost nonexistent, as sharing personal information through social media is now more pronounced than ever.

However, if you have noticed, the latest ongoing topic spoken about by everyone in the year 2021 is about the announcement made by WhatsApp regarding its privacy update. Due to this concern, privacy issues have spiked dramatically within the local and global community, and many have been seen shifting away from WhatsApp to other alternatives.

The concern arose when WhatsApp announced that it has completed its assimilation into Facebook which resulted in Facebook and WhatsApp becoming one. Obviously, by this, it would mean the monitoring of messages, calls, etc. will increase to a greater extent than before.

WhatsApp has been a popular application ever since it was launched in 2009 with the aim of providing users an alternative to traditional text messaging. By 2020, more than two billion WhatsApp users were reported across the globe, for its privacy and other services.

Up until the 4 January 2021 update, WhatsApp’s terms of agreement stated the following:

However, these two statements have been removed from the updated WhatsApp Privacy Policy. Furthermore, WhatsApp uses people’s information to operate and provide services accordingly. “We use the information we have to operate and provide our services, including providing customer support; completing purchases or transactions; improving, fixing, and customising our services; and connecting our services with Facebook company products that you may use.”

When issues such as these arose, WhatsApp users across the globe felt like they were losing control of information that profiles entire aspects of their lives. During this crisis of “uncertainty”, Rakuten Viber Chief Executive Officer (CEO) Djamel Agaoua released a public statement expressing Viber’s opinion over WhatsApp’s latest privacy update and Viber’s commitment towards protecting users’ privacy. Following this, The Sunday Morning Business caught Agaoua in an exclusive interview on this topic.

When asked about the opinion from Agaoua with regard to the WhatsApp update, he expressed that WhatsApp’s privacy policy reduces the term “privacy” to a laughingstock. “The update not only demonstrates how meaningless user privacy is to WhatsApp, but it seems like a new record in disrespecting users, and no doubt will keep breaking in the future,” he added.

When inquired about how secure the protection of personal details of Viber users is in comparison to WhatsApp, Agaoua noted that “we realise that people are very sensitive to this issue. Privacy has always been in the forefront, the very DNA of Viber, and to do this, Viber has been constantly updating its features to keep up with the demand”.

The features used to protect the personal details of Viber users are through;

“We have decided to make it our DNA so that we defend the user’s rights, protect their data, and ensure privacy to their chat and calls,” Agaoua emphasised.

According to the statistics published by Viber, the uptick in Viber Communities showcased an increase in interest by Sri Lankans, as messages sent to Communities grew by 85% while users who viewed communities also grew by a record 125%.

Agaoua said that Viber welcomes this growth potential and aims to continue to offer Sri Lankan users enhanced services. We have also over the years begun investing in localising the app interface and partnering with important local organisations forging crucial partnerships to help our users.

“Sri Lanka is a vital market for us, and Viber aims to continue to improve the app and tailor it to meet local market needs. We hope to soon introduce our Sri Lankan users to fintech and the chatbot payment solution,” Agaoua noted.

Viber Asia-Pacific Director Anubhav Nayyar on 24 February 2020 said that Viber was launched in the Sri Lankan market in 2010, and by 2015 Viber had begun investing in localising the app and partnering with other Sri Lankan organisations in order to provide higher accessibility to Sri Lankan (non-English speakers from rural parts) users by introducing new local interface in both Tamil and Sinhala languages.

Furthermore, commenting on partnering with other Sri Lankan organisations, Nayyar reasoned that “everything from the concept to the actual creation and execution is done here in Sri Lanka itself. We used to initially introduce something and get it translated here, however, we realised that only a Sri Lankan would understand what the people in Sri Lanka would like, and not someone from outside the country”.

Features to be launched in Sri Lanka

As Viber celebrated a decade of success, it also marked an important milestone by moving into fintech allowing users to buy goods and services through its app. This feature was launched in Ukraine and is now being introduced across the Asia Pacific region. However, speaking to The Sunday Morning Business, Agaoua confirmed that this feature will be available for Sri Lankan users as soon as possible.

“Very soon it will be available in Sri Lanka where users, through the platform, can buy goods and services and pay with Google Pay or another local mobile wallet.”

When questioned about new features being introduced within the coming year, Agaoua said that Viber has enhanced user experience ensuring that their interests are serviced. Accordingly, the new features which will be launched (not specifically in Sri Lanka) are mentioned below:

When questioned about the competing strategy of Viber in comparison to WhatsApp, Telegram, and Signal, Agaoua said that when comparing to other competitors, it will be difficult for consumers to find a company who cares more about users’ privacy than the way Viber does.

“Privacy and security of our users continue to be part of our DNA and this is why it is important to understand the difference between Viber and other platforms. They will go on reading what you say to your friends, to your family in a call or chats, to define what you like, and target you with these ads and make more money”.

Meanwhile, the question “if global demand rises in regards to the usage of the Viber application, it’s likely for the cost of production to increase, hence will this result in Viber moving from free service to paid services in the future?” was asked to enlighten Viber users regarding the new strategies.

Agaoua emphasised that Viber is, and always will be, completely free for you to send unlimited fast messages and make endless crystal-clear calls to other people.

“As you use the Viber app, you may have noticed ads and offers from businesses appear in your main chat list, possibly after calls, and in other select places around the app. Showing you these tailored and relevant offers helps us keep the app free for you to use.

“In order to keep the running of Viber free, this is our solution of showing a limited number of ads to our users. We may collect information from the users about what they like but this is for our own purpose only – we are not going to share this information with other people to bring you more ads. We aim to continue to ensure your chats stay private, safe, and completely free, for you to chat with anyone, anywhere, anytime,” Agaoua added.

Excluding Viber, the other alternatives such as Signal and Telegram are increasing its marketing in regards to providing users privacy policy insurance while using social media applications.

Signal provides end-to-end encryption for both text and voice messages. Accordingly, nobody is entitled to see the content of messages or the voice calls. Furthermore, Signal also has the feature named “Screen Security”. This feature essentially blocks other applications used on mobile phones and the user itself from taking screenshots of your chats. This way, you can be sure that even if there’s an app that is keeping tabs on your activities on your phone, it can’t capture what’s happening inside your Signal app.

Additionally, Signal has promised that advertisements within the application and affiliate marketers will not be entertained, as it could hinder the user experience.

Telegram is similar to Signal in a lot of ways. It is mentioned that Telegram allows for up to 100,000 users in a single group.

One feature which sets Telegram apart from other instant messaging services is that Telegram has no limit for the size of the file you can share on the service; users could share a file that is several GBs in size with their peers on the service.

Even though Telegram also features end-to-end encryption, it isn’t available by default and for all messages; unless users start conversations in Secret Chat, the messages aren’t completely encrypted. Another disadvantage is that Telegram could also go through the messages because it isn’t open sourced.

Right now, Viber is becoming an all-encompassing communications platform trying its best to expand into utilities and fintech to provide its users the best possible application in terms of all the demands. According to official statistics, Viber has over one billion users and seven million interactions per minute.

Commenting further in terms of Viber, Agaoua said that Viber aims to always stay ahead of the curve for its users. “We want Viber to become a ‘lifetime app’ for everyone that they can navigate conveniently, providing users with the services that cater to their needs and interests without worrying about privacy as our system protects it.”

When inquired about the rise of new users, new innovations, etc., and its relation to the employment rate of Viber, Agaoua stated that “Viber has immense future plans going forward and expects a growth in its workforce to make this happen”.

Giving the concluding remark, Agaoua urges all Sri Lankan users to choose a communications platform that provides you the promise and respects the promise of protecting your data. “Most of us don’t pay attention to the fine print and the terms of use – how our data will be used. Now, we should be a little more concerned about just ticking that box and saying go ahead and use my data. We should be aware and concerned about how our data is mined, used, and passed around,” he added.

May 3, 2020 byCharindra No Comments
The Securities and Exchange Commission (SEC) has prioritised the digitisation of its licensee, the Colombo Stock Exchange (CSE) following disruptions caused by Covid-19.

BOI DG Sanjaya Mohottala to be promoted to Chairman

December 1, 2020 byCharindra No Comments
Sanjaya Mohottala, who is currently serving as the Director General of The Board of Investment of Sri Lanka (BOI), is tipped to be appointed Chairman, The Morning learns.