When history and architecture collide

Sri Lanka, like many, if not all countries, is one with a lot of clashing aesthetics and philosophies. One of those key clashes is the old versus new, tradition versus modernity. There is no arena where this struggle manifests itself more clearly than in architecture.

As a country, we have several different forms of architecture that have come to embody our identity, from our temples of old to colonial architecture to our modern Colombo skyline with some of the tallest modern buildings in South Asia. 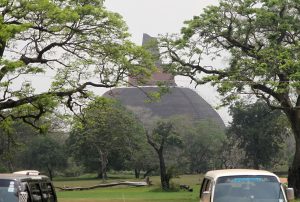 In recent weeks, there was a lot of controversy over the proposed jogging track being constructed alongside the Parakrama Samudraya. While technically not a piece of architecture, the Parakrama Samudraya is still very much a piece of our heritage and one that still serves a practical purpose. Building on it without careful consideration would be unwise at best. Another heritage site recently in the news was the Jetavanarama Stupa, where a development project along the “walkway” to the Jetavanarama Stupa had to be halted because of the emergence of stone artefacts during construction.

We must also not forget that not too long ago, Colombo lost a huge part of its architectural history with the demolition of the 200-year-old-plus de Soysa building in Slave Island.

Now, development is of course necessary for us to grow, as a people and as a nation, but are we giving enough thought to how we develop, especially when it comes to growing around parts of our history?

Brunch spoke Surath Wickramasinghe Associates Senior Associate Architect and Public Forum Speaker, Writer, and Presenter on Architecture, Urban Habitats, Social Behaviour, Community Architecture, Natural Habitats, and Building Planning Sapumal Bandara for a bit more on how he, as an architect of large developments, thinks about preserving heritage in his work, and, given our recent penchant for jogging tracks and walkways, how we can better design social and public spaces around existing heritage sites.

Giving us an example of mindful construction in motion, Bandara spoke to us about one of his ongoing projects with Surath Wickramasinghe Associates – the construction of the ITC Colombo One mixed development project, which is a foreign direct investment (FDI) by WelcomHotels Lanka (Pvt.) Ltd. overlooking Galle Face Green. 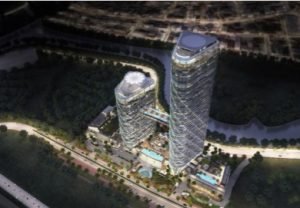 What may be less popularly known, or simply forgotten, is that the ITC Colombo One Project is being built on what used to be the Army Headquarters during the war, and what was also an army barrack during the colonial period.

With this history of the site in mind, Bandara and his project team went about digging cautiously and did, in fact, uncover a 7.8-m-long artillery cannon in 2015. “We have a social responsibility to be careful when getting into these projects, and to be careful not just when we’re doing excavation and construction, but also when it comes to giving proper recognition to the things we find,” Bandara said.

Explaining the discovery of the artillery gun further, Bandara said it was the only gun of its kind found after the colonial period had ended, and it is currently being displayed at the Maritime and Naval History Museum, Trincomalee, with a long-term plan to make a replica at the public space with the guidance of the Department of Archaeology as part of the ITC Colombo One Development. He added that the developer – WelcomHotels Lanka (Pvt.) Ltd. – was given some public space overlooking the Galle Face Green to develop into a public park, and it is here that the replica of the cannon will be displayed, in a setting where the public can not only see the cannon and learn about its history, but also have a space for socialisation and recreation. 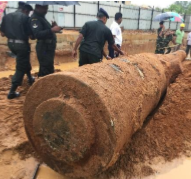 The recovery of the cannon in 2015

“Regardless of whether it is a big project or small, it is important to think about how to return or preserve that particular history while remembering our development. It needs to be a win-win situation,” Bandara said, noting that without development, many of our historical sites would still be covered by forests or similar, and we wouldn’t be able to enjoy them.

It is of vital importance for proper analyses to be done for all development projects before excavation and construction, Bandara stressed, not just in terms of archaeological or cultural importance, but in terms of environmental and social impact as well. He also shared that for ITC Colombo One, there was a lot of careful analysis and research done before construction began, to make sure no parts of our history were compromised. 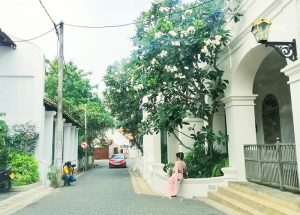 The key to building around historical spaces, Bandara shared, is for the development and building process to go hand in hand with conservation and restoration. This way, an architect can choose to develop a heritage site in the same language or style as the existing site or to create a development that harmoniously contrasts with the heritage site while still preserving its integrity. 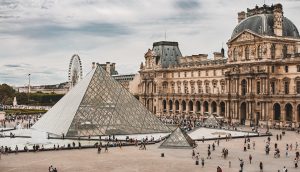 The Louvre Museum in France

The most notable example of a development that contrasts with the historical aesthetics of a heritage site, is, of course, the famous glass pyramid at France’s Louvre Museum, where prominence is given to the modern masterpiece that is the glass pyramid while still preserving and enhancing the Louvre itself as a historical backdrop.

Regardless of the context, Bandara said that one of the most important things when it comes to building a public space is the behaviour of the communities who will be using that space most. The needs of the native community define the kind of space that needs to be created, he said, adding that in the case of developments like the jogging tracks around Parakrama Samudraya, he had his doubts about whether proper research had been done to determine if a jogging track would in fact be a useful development for the native community, the majority of whom are farmers who already lead active lives are not likely to visit a jogging track for recreation and exercise.

It is also important for public spaces to be multidisciplinary so they can form an ecosystem of their own and truly become a community space that can both support itself and give people from the community the chance to grow economically as well. They should also cater to a wide variety of people who use the space for different things at different times so that the space can receive maximum use and maximum growth.

Using Bellanwila Park as an example, Bandara explained that the park serves as an exercise space and a recreation space, as well as a marketplace for small to micro businesses, from eateries to those selling small goods.

It is this sense of community that makes a public space truly impactful, and this is just one of the things architects need to consider when designing such spaces.

The other tricks to creating a meaningful public space come from attention to detail – through watching and listening – with Bandara sharing that it is not uncommon for architects to discreetly watch people and how they use a space before beginning to design it so they can see for themselves just how people flow and interact within the space. They can then use the knowledge they’ve learned when designing to make a space that suits the people’s needs to a tee, bringing in things like different structures, textures, and finishes to guide people comfortably through these spaces.

November 13, 2018 byJennifer Anandanayagam No Comments
It was all about classic design mastery when the Classic Car Club of Ceylon partnered with SML Frontier Automotive (Pvt) Ltd, Hatton National Bank and Top Gear Sri Lanka for the fourth edition of the