When Hollywood has its eye on you: A chat with Hirushan Maddumaarachchi

April 18, 2021 by Dimithri Wijesinghe No Comments

Hirushan Maddumaarachchi is a composer based in Sri Lanka specialising in cinematic music production for movie trailers, film, and video games. His current credits include campaigns for Bumblebee, Captain Marvel, Hobbs & Shaw, Disney’s Mulan, Raya and the Last Dragon, and most recently, The Falcon and the Winter Soldier; this is his professional profile, but Hirushan’s chosen career path is an anomaly, to say the least.

With virtually a handful of composers doing what he does professionally for the entirety of the Asian region, he’s taken the road less travelled, and for anyone, much like ourselves, just learning about people who exclusively make music for trailers, listen up – we sat down with Hirushan to get the inside scoop on how a Lankan boy from Mattegoda ended up scoring trailers for industry juggernauts like Disney.

How it all began 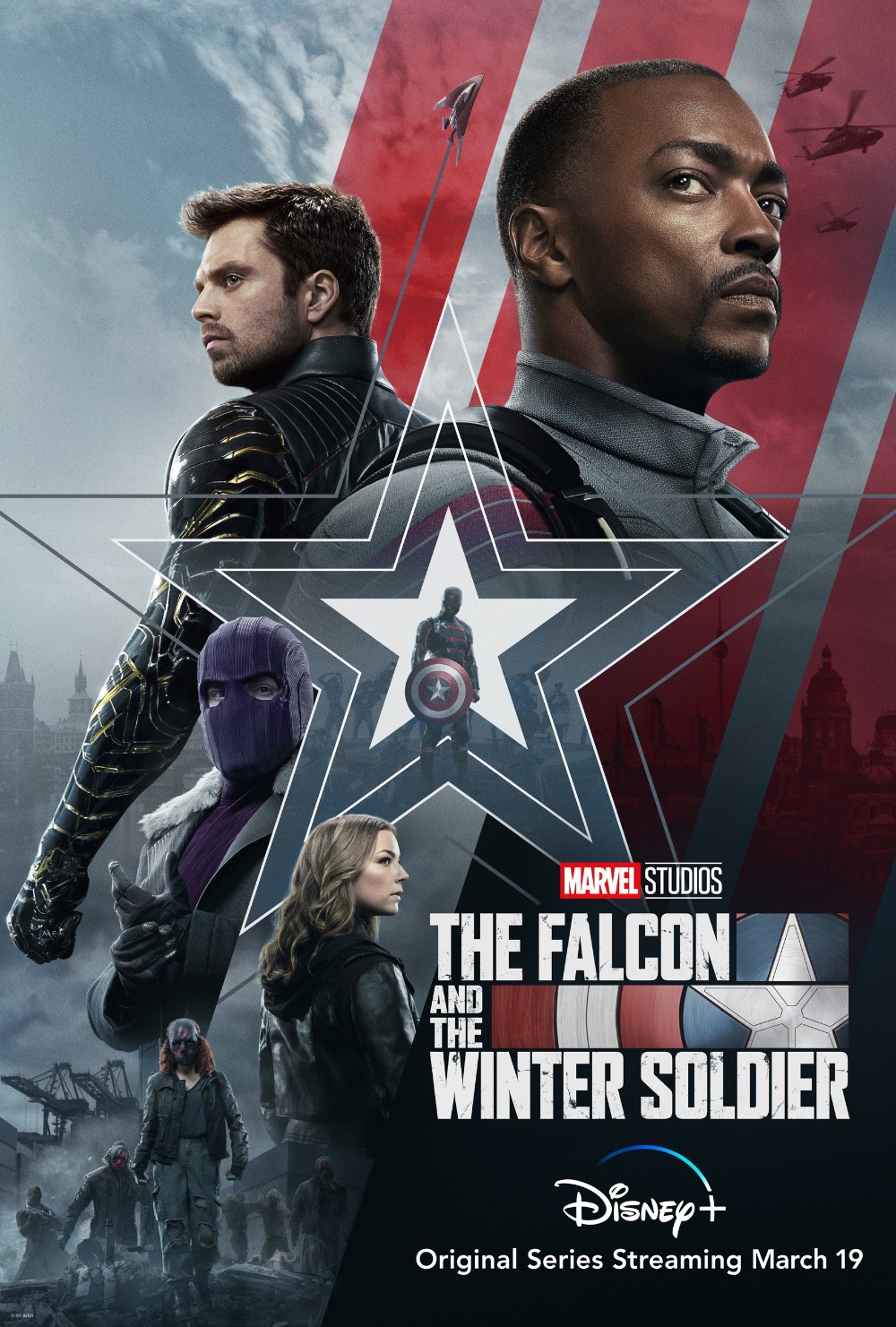 Never an avid listener of music in the conventional sense, Hirushan shared that he has always been intrigued by film music and video game scores.  “Sometimes I won’t even remember the movie, but I remember that specific theme,” he says. And with an interest in film scores and video game music growing, inspiration hit when he first heard the score of the second instalment of Metal Gear Solid, composed by Hollywood composer Harry Gregson-Williams, a former colleague of Hans Zimmer. So began his intrigue, resulting in an unusual career path that has certainly not been without its challenges.

While originally he wished to “score” films, or create scores for films, he soon realised that the closest path to get your foot in the door in this industry was through scoring trailers, considering that they are, after all, Hollywood movie campaigns.

Hirushan shared that the community doing trailer music professionally is extremely small, and they are all known to one another. For the entirety of the Asian region, he shared that he happens to be one of very few, and the way that he was able to get a foot in the industry was because he identified the few who were doing it professionally, and reached out to them, befriending them and picking up tips and tricks of the trade, adding that for the most part, the community is welcoming and helpful. Their thinking is largely along the lines of, if there is fresh blood who is doing well, then they must pick up their game. Most, not all, are undeterred by a little friendly competition.

Hirushan said that eventually when they see your work, it really validates your approaching them for advice, especially once they have had an opportunity to see what you are capable of. Once you get your big break, a chance to write for a publication company, from that moment on, it’s just writing – you just write as many tracks as you can.

Hirushan is entirely self-taught, having never received any formal education or training in music, nor ever having taken a music production course, and to this day, despite having landed massive Hollywood campaigns, almost hilariously, he still cannot read notes on a manuscript. But he has no trouble creating music that evokes emotion and intrigue for massive blockbuster productions in under three minutes.

What is ‘cinematic music production for movie trailers’?

Hirushan stated that the music that they do is specialised for Hollywood movies; it is the main target. It is, in a way, a short form of scoring. Instead of 30-40 minutes of music, it is a short form of storytelling, but it has certain structures to it and is far different to making an ordinary pop song, and it is geared towards marketing films.

He said that composers would work with a publishing company who represents their work, and these companies work with places called trailer houses, somewhat similar to what we would refer to as an advertising agency; however, trailer houses are specialised in trailers and marketing films exclusively on a high scale. “Imagine an advertising agency on steroids,” he said. They would work with the movie studios, and whenever there is a campaign running, they would speak with the publishing companies who would provide them with suited albums for each campaign.

With about 10-20 composers working on several albums of what they think would work in the future, once the content is curated into a cohesive album, the publishing company will then provide it to the people that are going to be cutting together the trailer, who will then pitch it to the movie studio.

Hirushan said that they usually don’t actually get to see the trailers and any film footage, but this is one way of doing it – where you compile an album that may contain content that is suited to their campaign. There is the alternative where, for example, Disney would say: “We are doing another Star Wars movie, we need custom music for the campaign,” and they would then provide the approval to use certain themes. “So we would recreate content using those themes into a trailer score which will then go through the usual process of getting cut into a trailer,” he explained.

He said that while is a form of library music, because it is specifically curated, this description does not particularly do it justice. It is incredibly different from going on to a library of compiled music and picking out a few themes, as this is curated and made specifically for a purpose. 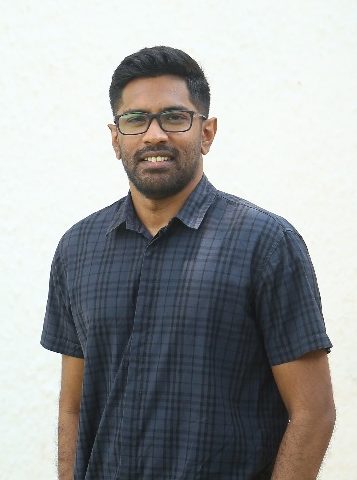 So when does one expect to be secure in their job as a composer, knowing with certainty when and where your next paycheck is coming? According to Hirushan, the answer to this is likely “never”.

“We only get paid if the music gets used in the campaign,” he said, meaning the composers do not get paid for writing, and according to Hirushan, he would write 40-50 tracks a year – and the chances of any of it getting used? “No idea.”

Closing in on his fourth year as a composer for trailers, he said that he has had years where not one single track was picked up for a campaign, making a full year’s work simply lost in time. “The first year when I got into this, end of 2017, that entire year there was nothing,” he said. “I was ‘payless’ for about three years.”

Hirushan shared that often composers get the opportunity to do custom work and you think everything is okay, until the studio tells you that they have decided to go in a different direction and all of your work is gone.

He commented, however, that this is how the trailer music business works, and once you get an idea of how it all works, then you must adjust psychologically to suit its nature, because otherwise it is a difficult thing to see longevity in this as a career when there’s such little assurance, and you must gamble with your time and effort regularly, hoping for the best.

“It is a high-risk, high-pay job; you would invest with your music but you will never know if it will get used or not. The waiting period is the most difficult part,” he said, adding: “Because there are just so many people writing for the same campaign and you can never know for sure.”

What it takes and what’s in store

Trailer music is an entirely different beast to what one would assume goes into composing short musical tracks, as he explained that it must be made in such a way that it can be easily utilised by those cutting together the trailer. You must pick up certain beats and patterns that make it usable in a heavily edited format.

“It doesn’t matter if you have the most amazing, technically fantastic composition if it can only be used in its entirety, and cannot, therefore, be utilised by the people cutting together the trailer,” he noted. “It is not about making the best sounding track; what we are doing here is a service to serve someone else’s end product.”

The systematic nature of the process is such that once the composer has created the track, it is then at the hands of whoever cuts together the trailer to utilise it best they can. Hirushan shared a recent example where he only found out his track had been used for Lionsgate’s Spiral, starring Chris Rock and Samuel L. Jackson, when somebody else congratulated him on his placement. “I was there going up and down on Twitter, the label had already posted saying this person’s music is being used, and there I was looking at it thinking: ‘Wait is this a mistake? That’s me!’”

Hirushan shared that as the years have gone by, despite being incredibly self-critical of his work, he believes he has improved significantly from those early days, and with the placements he has had over these past few years, he can feel secure in his work and is motivated to get better.

Speaking about the future, we asked Hirushan, if he were allowed to pick one ideal placement, something sure to be a highlight in his career, what would it be, to which he immediately responded: “Batman. A trailer I would really like to be attached to is a Batman trailer, I am a big Batman fan. I probably won’t even know what to do after, once I’ve achieved that.”

On a closing note, Hirushan shared that considering his personal circumstances, he was able to pursue this profession as a career option, but he understands that it may not be viable for many, considering its high risks, and so while he would not recommend it, for anyone who loves something enough to pursue it despite its lacklustre returns, he shared that he wishes them the best. He would also be more than happy to share his story and the steps he followed, so that, perhaps, it may be of some guidance to anyone who dares to take on the challenge.

Praying in the face of death

April 2, 2019 bythemorninglk No Comments
The world continues to reel in the aftermath of the devastating mass shootings in New Zealand and finds itself grappling with the implications of the catastrophic acts of violence.

May 14, 2021 byNews Admin No Comments
Earlier this year, an Extraordinary Gazette was issued by Environment Minister Mahinda Amaraweera on 21 January, banning the use of several polythene and plastic packing materials for any process, tra