When sensationalised news does shed light on existing problems

“Sri Lanka is no. 5 on the list of top ocean polluters.” Just like us, you may take a second look at that statement. It seems impossible, doesn’t it? With our small landmass and smaller population in comparison to the rest of the world, it really does seem impossible. And we may just be right to think so.

We spoke to University of Moratuwa Department of Chemical and Process Engineering Senior Professor Ajith de Alwis to know more about this statement. 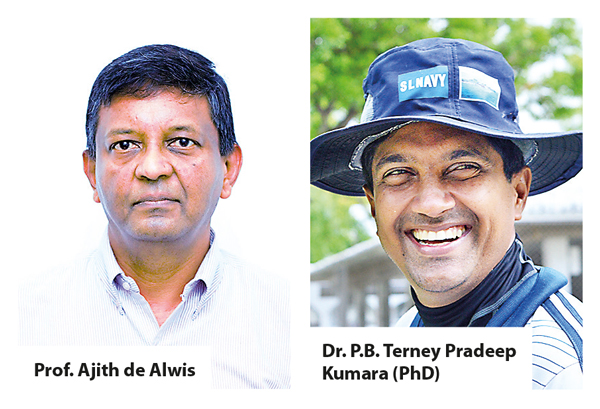 “It is completely inaccurate to list Sri Lanka as the no. 5 country on the list of top 10 ocean polluters. This has come about because of an inaccurate paper being circulated and finally went to the hands of the Work Bank. The news states that Sri Lanka falls only behind China, Indonesia, the Philippines, and Vietnam in how much plastic it dumps into the sea. This is drawn from a February 2015 article in the peer-reviewed Science Magazine which states that Sri Lanka generates 5.1 kg of waste per person, per day, and that 1.59 million metric tonnes of this is mismanaged plastic waste, and that it dumps between 0.24 and 0.64 million metric tonnes of plastic into the sea each year. This is not true,” he claimed.

Prof. de Alwis went on to explain that this is also not to say that we don’t pollute. We as a country do consume a lot of plastic, especially single-use plastics. “But our per person average of plastic use is less that 0.6 kg. We do not have massive factories or a large population to be among the top five contributors.”

He added that the Plastics and Rubber Institute must make an effort to conduct their own research, especially since false information is rapidly being circulated. “They are in possession of accurate data about the usage of plastic. They will know the weights in exact tonnage. The accusation is not right and we must do our bit to correct it,” he added.

Even though this accusation is incorrect, it is still a problem in our country. We do not dispose of our garbage correctly, we have high levels of one-time plastic usage, and we do not pay enough attention to the water that surrounds our island. Because of these reasons, as a country, we continue to pose a threat on our environment. 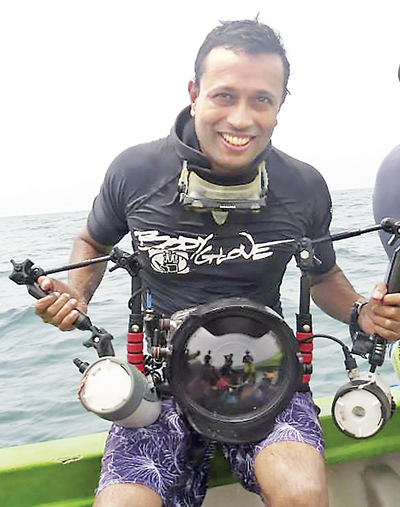 What of our coral reefs?

Blue Resources Trust Co-founder Dr. Nishan Perera is a marine biologist and underwater photographer with an interest in coral reef ecology, fisheries management, and marine protected area management. The Sunday Morning Brunch spoke to him about the impact pollution has on our coral reefs.

Dr. Perera highlighted many causes such as human impact, pollution, troll fishing, and uncontrolled tourism but mentioned that the biggest issue reefs are facing right now is coral bleaching. The main cause behind coral bleaching is increasing temperatures, which is a direct result of climate change. Ecosystems have a way of recovering itself – by nature’s resilience.”

We also spoke to Marine Environment Protection Authority (MEPA) General Manager Dr. P.B. Terney Pradeep Kumara and asked him to educate us further about the “dead zone” forming in the Bay of Bengal. 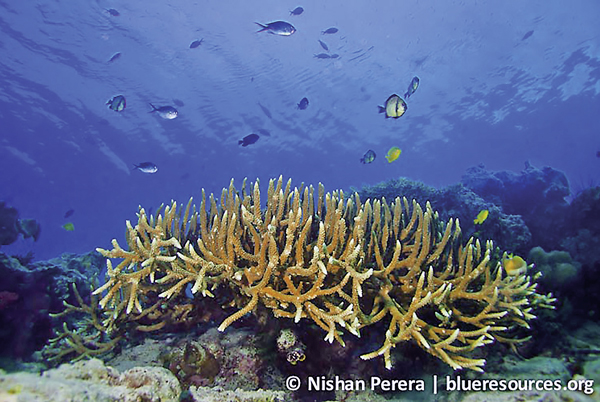 “A dead zone occurs when the hydrogen sulphide levels in water become high and therefore toxic. It also has a very bad stench. When more nitrates, phosphates, and other faecal matter are released to the water, the nutrient levels of the water increase. As a result, there is an increase in planktons and algae growth in the area. A process scientifically known us ‘eutrophication’ and defined as a process that causes a dense growth of plant life due to excessive richness of nutrients in a lake or other bodies of water, frequently due to runoff from the land. The algae formed, as a result, floats on top in large amounts and blocks the sunlight for the lower layers of the sea,” he explained.

Dr. Pradeep Kumara explained that there is a high amount of vegetation in the sea and it dies due to the lack of sunlight. In this decomposing process, hydrogen sulphide is released, which in turn absorbs more oxygen. As a result, this area becomes highly toxic, leading to the death of fish and other aquatic animals. After a while, the formerly formed algae layer also dies. It becomes a decomposing area and is identified as a dead zone. This phenomenon was first recognised in the 1980s.

“We don’t know for sure if it can be reversed completely as the polluting rate is only increasing every day. It usually is a very slow process and takes many years for something like a dead zone to develop and spread quickly. But climate changes due to environmental pollution are speeding up the process. In order to stop it from spreading, we must stop polluting it,” stressed Dr. Pradeep Kumara.

All countries bordering the Bay of Bengal, said Dr. Pradeep Kumara, are certainly contributing to it. He added: “But it is safe to say that India and Bangladesh are the most contributing countries, especially because they are the closest to the dead zone and their rivers are known to be carrying a lot of waste into the sea. Our contribution is a little less, comparatively.”

If we are to rectify this situation, we must come together regionally and globally. The whole of South Asia must make a collective effort when it comes to this matter. Dr. Pradeep Kumara proposed an agreement be signed in order for us to make a joint effort. If we are to sign an agreement on it, these are some of the areas that must be included, according to him:

Reducing the amount of plastic used as a country is at the top of the list. Reducing the use of polythene and plastic is one thing we can achieve at both national and individual levels; it is something that we can easily opt for now, with so many options being available.

We must certainly reduce the amount of waste and garbage being released into the rivers. We must consciously make an effort to move away from plastics and learn to manage our garbage as organically as possible.

Aiding in the effort

To help with this, we now have a service called “Eco Friends” which comes and collects your garbage from your doorstep for a very reasonable amount. Eco Friends was launched in January this year as a small-scale start-up. So far, they have been able to help hundreds of households in seven major cities in the Colombo District to recycle their waste. The waste collected directly goes to their recycle partners for recycling, which is a fantastic eco-friendly way to get rid of garbage.

We spoke to Eco Friends Founder Marc Perera to find out more about the service and where he drew inspiration from for this initiative. “The main reason to start this was to help thousands of environmentally concerned folks recycle their waste as there was no proper system in place presently. In addition, in light of the Meethotamulla garbage incident, we wanted to find a sustainable solution to address our growing garbage problem.

“In reality, garbage is not a problem. We make it a problem from the way we handle it. The very basic step is to address this growing concern, that is to reduce, reuse, and recycle the materials we consume. Recycling is the last link in the cycle and here in Sri Lanka, it is the most difficult to do, the main reason being malpractice within the waste management system. With a little bit of effort and commitment, we can find solutions to our waste problem.”

Data circulated may be inaccurate, but our garbage problems have never been addressed at a national level. Decades of improper disposal and high usage of plastics have now made it a more aggressive problem. With approaches like the plastic ban failing because of improper administration, it is time to find new policies to address this problem. On a positive note, the Sri Lankan Government has successfully introduced the concept of garbage segregation, separating plastic and polythene for recycling – a small step towards effectively combatting marine plastic pollution.

December 22, 2020 byNethmi Liyanapathirana No Comments
The English Cake Company, one of Colombo’s best-loved small bakeries, is hosting a mini-Christmas market on 23 and 24 December..

The relationship between Avurudu and Sri Lankan Ayurveda