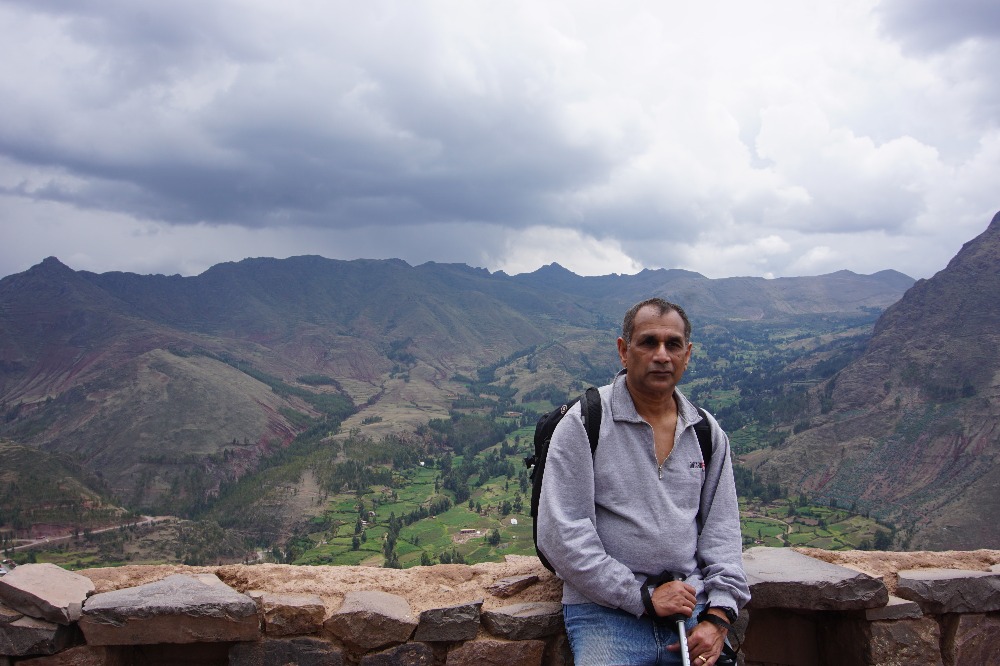 May 9, 2021 by Jennifer Anandanayagam No Comments 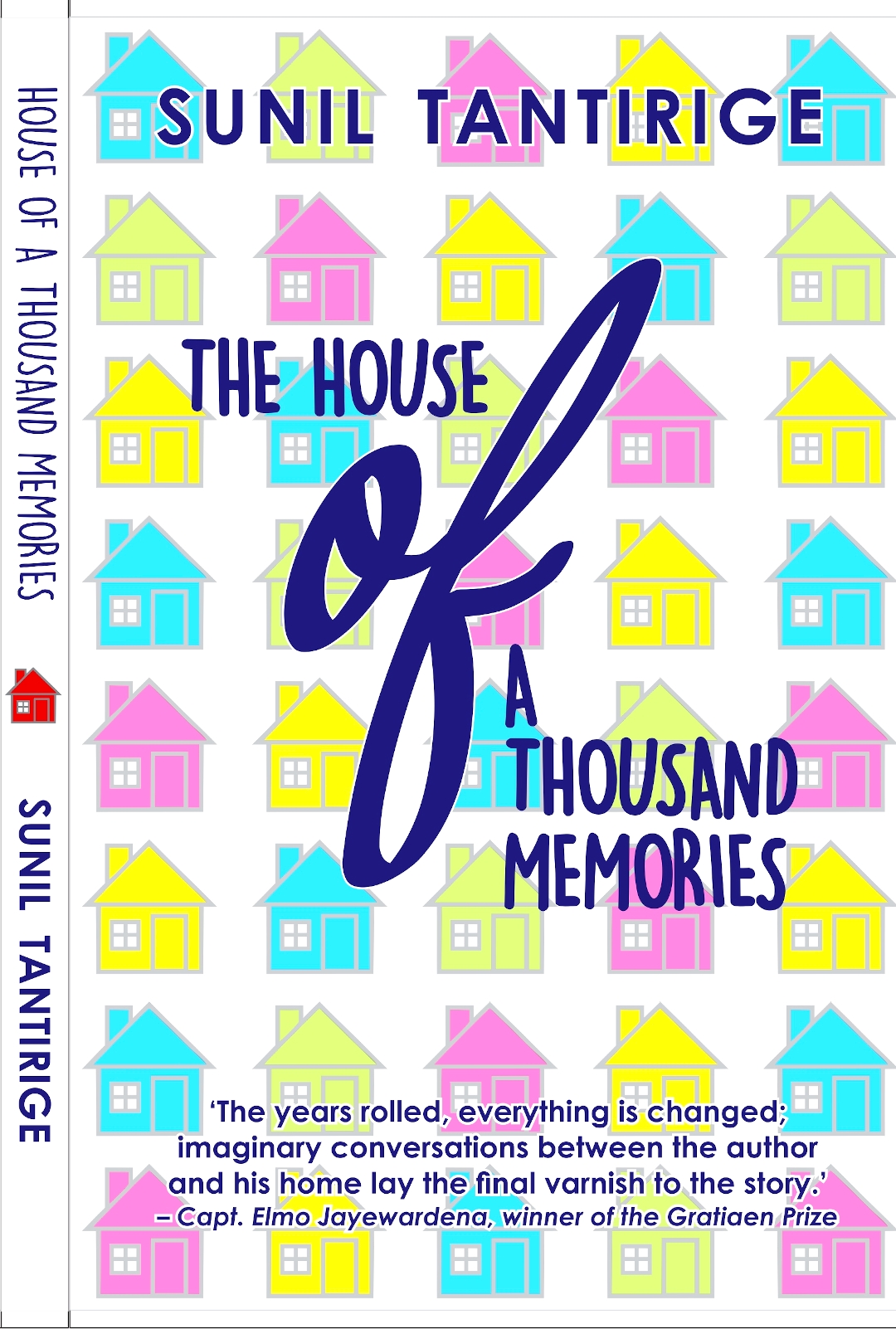 ‘When you have lots of good memories, it is easy to forget the bad ones’

I’m not sure if it’s Sunil Tantirige’s Buddhist upbringing, wholesome and pluralistic life experiences, or his general outlook on life, but when he said: “The day I got the printed book in my hand, my mother passed away in Colombo. It was almost like a circle of life had completed. The story is written. It’s almost as if she said, ‘okay, my time is done and the story in the house is told. It’s time for me to go’,” there was a sense of reverence for the impermanence of life.

The house in question, down Gothami Mawatha (now Gothami Lane) in Mount Lavinia, is where Tantirige spent most of his adolescent life, before he left to Toronto, Canada to pursue engineering. His father, who worked for the government in the Education Service, had to move quite a bit before they settled down in the “sleepy southern suburb of Colombo” in the 60s. The memories prior to the home where Tantirige would imbibe most of the experiences narrated in his book are blurry to him, but the stories he paints about his life within and without those four walls and even beyond, are affectionate, sincere, and effervescent.

The book – titled “The House of a Thousand Memories” – is Tantirige’s first, a collection of stories that depict his colourful upbringing here in Sri Lanka before he moved to Canada. His mother, who was in poor health because of dementia in the latter stages of her life, struggled with memories and Tantirige is glad he was able to capture them in his debut book. He is also glad he was able to pen these stories down for his son Sanjay, who was born and bred in Canada. 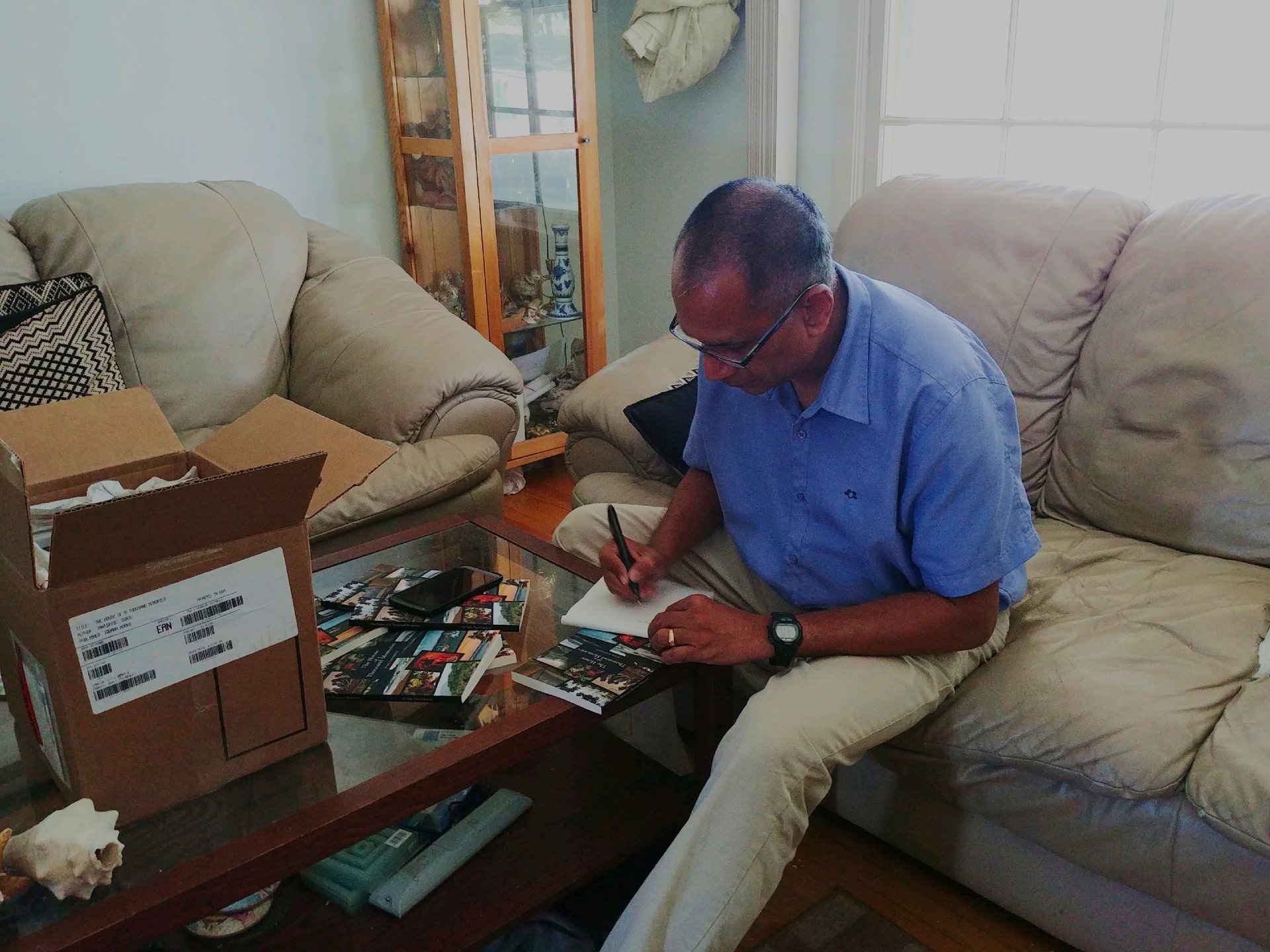 “I wanted this book to be about things that I look back on with fondness and nostalgia. It does not mean that I had a perfect childhood. Far from it. This is a celebration of a life that has been good to me and I want to remember those times as such”  Sunil Tantirige

A marriage of science and art

Working in Canada’s nuclear industry for over 25 years and specialising in nuclear reactor safety, Tantirige is an independent consultant and contractor. Writing, he shared, is very much a part of his profession, which he now does from home (owing to the pandemic). He completed his BASc in Chemical Engineering at the University of Moratuwa before moving to the University of Toronto, where he completed an MASc and a PhD in Engineering.

Perhaps to balance out (or complement) the scientific side of his brain, he enjoys a wide range of interests – music, art, photography, cycling, writing, and reading, to name a few. A self-taught guitarist, Tantirige was also formally trained in western classical violin from a young age, the experiences of which he fondly records in his book. His landscape photography has been exhibited in Toronto-area shows.

Travel is also something he holds close to his heart, a pastime and passion he enjoys with his family. The pandemic, which has thwarted many such travel plans, is something Tantirige is coming to terms with.

He writes in his book: “Once in a while, a snippet of an old memory will spring to mind, and I try to catch it and pin it down in the story of my life.” This line seems to aptly describe the non-linear way his stories are presented in the book. Going through its pages, ingesting the words – simple and elegant – the reader is taken through interesting anecdotes dotting the span of his life here in Sri Lanka. There is no particular timeline the book follows; but the narrative still manages to come off sounding wholesome and complete, with little overlapping and much nostalgia.

As it is characteristic in most books written by authors of Sri Lankan origin, I opened the book and pored through its pages expecting to find the racial tensions of our island which climaxed in a 30-year civil war to be the central theme and highlight. While Tantirige does talk of the communal tensions and his father’s pain through it all, there is also so much more to the book. Hidden within its pages is a story of co-existence, acceptance, healthy rivalry, love, and important life lessons. There are tales of playing cricket, schooltime bravado, travels to the southern coast, books he’s read, his family dog “Ringo”, and many such tender recollections that charm their way into the reader’s heart. He observes in the book: “However, when I look back, the positives outweigh the negatives. So, I would like to think that I had an enchanted childhood. When you have lots of good memories, it is easy to forget the bad ones.”

Something which he has written in his prologue and later confirmed in his conversation with me is that he by no means had a perfect childhood. “I wanted this book to be about things that I look back on with fondness and nostalgia. It does not mean that I had a perfect childhood. Far from it. This is a celebration of a life that has been good to me and I want to remember those times as such.” This “enchanted life”, is something he wants his son to know of as well.

Recalling his process of writing, Tantirige shared that once he started on his first draft, it was as if the floodgates had opened and the words just rushed out of him. With helpful contributions from his wife Kanthi, sister Mala, and his “Canadian crew” (his co-workers), he was able to improve upon the first draft.

A home away from home

Tantirige has made Canada – a country which he credits with a wealth of lessons – his home and he doesn’t see himself coming back to settle down in Sri Lanka, although the family 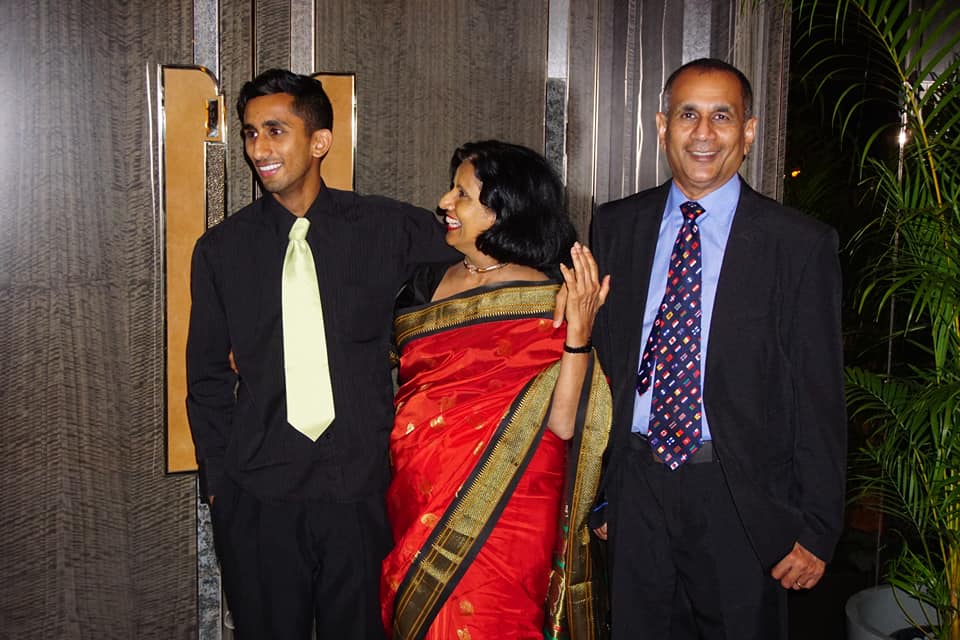 does visit often, especially before the pandemic. Even though the island is and always will be held dear in his memories, he is also realistic about the society and politics here that don’t pave the way for individual expression and cohesive, peaceful living, something which I begrudgingly had to admit was right, when he answered my query. While he himself was blessed with a family and experiences that fostered inclusiveness, acceptance, and tolerance when he was growing up here in Sri Lanka, he is also aware that this is not the norm.

“The way I look at Sri Lanka now is that it’s a part of me, it’s a part of who I was, and it’s a lovely place to go back to, but it’s not a place I would like to live in, not because of the country but because of the attitudes and how people look at each other.” Referring to the simple example of his son’s friends who come from all over world but have found a peaceful home in Canada despite their varied ethnic backgrounds, Tantirige feels blessed to have learned this important principle in life as well, even though he had to travel to the other part of the world to do so. “I think that’s the biggest thing that Canada has given me.”

“The House of a Thousand Memories” is a celebration of the little souvenirs we collect along life and keep close to our hearts; the sum of experiences that make up the whole. In Tantirige’s own words from the book: “As I looked through the photos, I see more than what I recorded through my camera. My life is flashing like a movie reel at high speed. I see the house as it was, when it was a place full of life, laughter, and people. I hear my sister singing along to a song on the radio. I see my cousins hanging out on the veranda playing cards. I see the old Ford Anglia parked in the driveway…As I look at the photos, the house is talking to me. It is an old man. He is pleased that I have come to visit him one last time…‘Don’t feel sad,’ says the house. ‘Walls may crumble, roofs may fall, trees may die, but memories will remain.’”

The Sri Lankan edition of “The House of a Thousand Memories” was published by Perera-Hussein Publishing House and is available for sale at www.pererahussein.com.

Waffling – you’ve just got to have it!

March 3, 2019 bythemorninglk No Comments
Waffling is a quaint little waffle spot right opposite Havelock city, which you may have definitely come across at almost any food festival held within the bounds of Colombo.