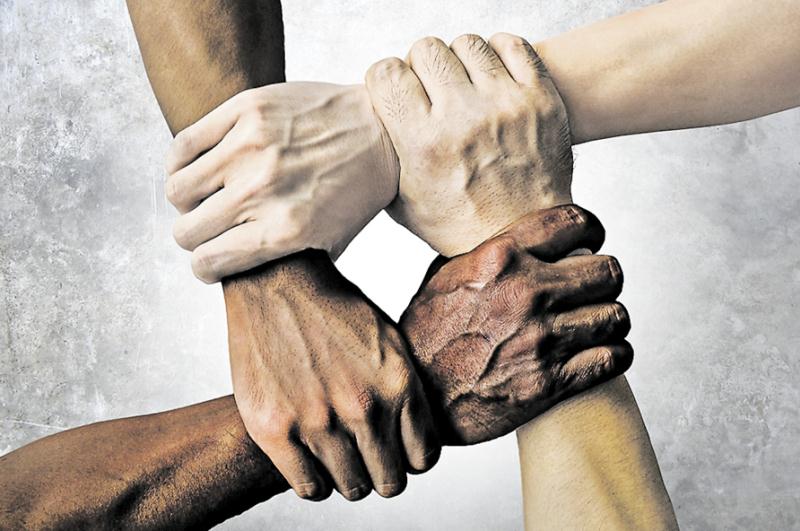 Whose duty is it to protect human rights?

There is a commonly spread misconception that human rights is basically the work which should be done by those who are professionally engaged in work relating to what is thought to be human rights; this is often meant as either specialised agencies or the United Nations (UN), beginning with the UN High Commissioner for Human Rights (HCHR) and the Office of the UNHCHR and various other treaty bodies that are assigned the task of monitoring and assisting with the development of human rights. In terms of governments too, there are people in the Foreign Ministry in particular who are supposed to be in charge of reporting on these matters to the UN and other international agencies, and work on human rights issues. In terms of civil society, it is usually thought that it is the human rights non-governmental organisations (NGOs) that are the professionals who should be engaged in this work.

All other rights hinge around this whole notion of human life. What are called civil rights are the conditions that should exist within the political, social, and cultural context in order to protect and promote human life which in turn also includes the elimination of everything that harms human life. Therefore, in terms of the duty to protect life, that is the primary duty of every person, every community, every state, every inter state agency and every international agency that has obligations relating to the protection and enhancement of life.

It is essential to bring this out because otherwise human rights will be seen as some kind of fringe activity, which should be assigned to a few people who may have some special knowledge about human rights whether in terms of civil rights or in terms of economic, social, and cultural rights which have developed into many branches like the rights of women and children, the rights relating to the environment, and the like. None of these areas that are mentioned can be properly protected purely by any fringe activity of those who are assigned the task of or those who choose to engage in what is called human rights work.

A simple illustration would be useful to demonstrate the above stated position. We are today faced with enormous amounts of debt which have accumulated in many countries in relation to the spread of Covid-19, which has emerged as a major threat to human life. Now, it will be obvious that taking steps to eliminate this threat cannot be done by some specialised group who are known as human rights activists or human rights advocates. The fight against Covid-19 exposes all the weaknesses of the management of society and also of humanity, which itself has collectively failed. And when we look at it in terms of the extent of debt, we find that the systems of governance and the philosophies that are behind these systems of governance are directly related to what had been done or what has not been done in order to protect life from the threat of Covid-19.

We see that even in the richest country in the world – the US – the death rate due to Covid-19 was shockingly and staggeringly high. Why was that possible? That is a complex problem requiring complex responses. However, if we put it simply, it is quite clear that the medical care arrangements that had been made in this most affluent country was an obstacle to dealing with a major crisis relating to health that the country was forced to face. It has been and still is a policy of the US not to develop a healthcare system that could deal with a major threat to life. Philosophies of governance which are entrenched in that country prevent the development of a strong and dynamic system for the protection of the life of the people. Insurance companies and private hospitals and their existence are considered much more vital than the life of an individual citizen. While deaths due to wars like the deaths during the Vietnam War or even the World Wars are regarded as vital national interests and therefore would require policies for carrying out that obligation, the protection of the health of the citizens is not regarded in the same manner. During wars, when the enemies kill one of the soldiers from one’s country, that person is regarded as a hero. With pride, even long after their deaths, at least some symbolic gestures are made by erecting monuments, and maintaining cemeteries where ceremonies of honour are held for the dead. All these are marks of civilization. However, when the deaths are due to the neglect of the country’s system of governance, when the system of governance is the enemy of those who are exposed to death, then even in death, these persons are forgotten. There is a fundamental flaw involved in the logic relating to the protection of life involved in this.

Like the US, there are other countries which also face the problem in a very serious way, and India is the most shocking example. Despite the fact that there was a long period of warning of the possibility of the spread of the impact of Covid-19, the Government did not think it a fit subject to spend all its resources on, in order to prevent the terribly disastrous consequences of an outbreak of Covid-19. Today, while the deaths are mounting, still there is no manifest will to engage with this issue.

On the other hand, we see countries with even lesser resources having done considerable work in order to protect the life of the citizens and to prevent the spread of this deadly disease. By mobilising the best of the professional resources and by bringing the collective intelligence to bear on the problem and by allocating the necessary resources, they have created a protective system whereby the problem has been contained to a commendable degree.

What was said about Covid-19 could be extended to any of the major problems that have threatened human life on the planet as well as in different countries. Particularly in developing countries, the failure to develop a system of governance that will work towards the protection of life has resulted in creating the kind of problems which are basically upsetting entire societies and even the civilisations in these countries. The failure to develop proper regulatory mechanisms for the control of finance has left room for widespread corruption which negates every attempt at trying to improve the conditions of the life of the people. Money that could be spent in order to build schools, hospitals for child care, for the improvement of the poor, and those who are disadvantaged, are wasted greatly on corruption and the problems that come together with corruption. Widespread corruption can kill the entire political system in the country and the legal structure that is needed for the protection of the people. The rule of law and democracy become the great targets when corruption wants to spread its wings over any nation. Thus, misery is created manifold by the neglect to develop policies and practices primarily aimed at the protection of human life.

This same thing can be said of the problems of the environment. In many countries, even the waterways and the food supplies are contaminated with substances which are poisonous to the human body. Forests are destroyed, thereby inviting colossal natural disasters. The policies followed by more powerful countries also destroy the very ecological system within which we live.

All of these means that today, there is a need to understand human rights as collective problems that need to be addressed collectively. It is the duty of everyone in whatever capacity – whether in the capacity within governments or within civil societies – the obligation to work to protect the conditions of life has become imperative. The narrow-minded view of human rights confining itself to a few questions can in fact spoil this necessary collective effort.

The protection of the moral foundations of human civilization and the protection of human life cannot be separated. That separation not only harms life but also challenges the very notions of morality on which the civilization rests. It has been the contribution of religions to have empathised throughout history about the absolute need for the society to be founded on a system of moral values. Today, that is being very often undermined or forgotten.

Thus, we need to engage with each other and bring everyone together for the protection of human rights because everything depends on the foundations on which this enterprise is based.

Illegal firearms on the rise

March 26, 2019 bythemorninglk No Comments
In the immediate aftermath of the recent shootings at two mosques in Christchurch, New Zealand, the whole world’s attention is now on gun laws.