Why did the Government ban cattle slaughter?

October 31, 2021 by Dimithri Wijesinghe No Comments

In one of many controversial moves made recently by the Government, it was announced early this month that the Cabinet granted approval to amend five Acts to effectively ban cattle slaughter in Sri Lanka. The Government was said to have approved the prohibition of cattle slaughter in order to boost the local dairy industry. However, experts say otherwise. 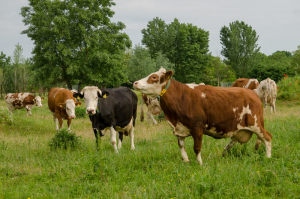 Considering the Government’s reasoning for the ban, i.e. to assist the economy and dairy farms in particular, we decided to take a look at the matter through the eyes of experts and economists. We also spoke to dairy farmers, who shared with us what the practical nature of dairy farming is and how the ban would affect them.

University of Colombo Department of Economics Head Prof. Sirimal Abeyratne, rather scathingly, expressed that the Government had once again “showcased how little care they expend on their decision-making”.

“With the current situation the county is in, we are regulating foreign capital outflows, and in that, we have seen imports being limited. However, with this ban, as the consumption of beef is not banned, what we will now have to do is import beef from Australia and other countries at extremely high prices,” Prof. Abeyratne went on to state.

This will pose a problem to multiple industries while raising the price of beef for those who wish to consume it. He also mentioned the tourism industry, which we are currently attempting to revive, where luxury accommodations must have on hand certain provisions to meet certain standards, and many such provisions are imported. With beef being a food item that the West consumes liberally, those in the industry would have to provide that to tourists from the West, and thereby incur those additional expenses.

He said that this was but one small factor, adding that the ban could cause a snowball effect, which may result in the people of Sri Lanka struggling economically.

Similarly, Advocata Institute Chief Operating Officer (COO) Dhananth Fernando shared that, economically speaking, he too believed there appeared to be no real economic benefits to this decision to ban cattle slaughter. 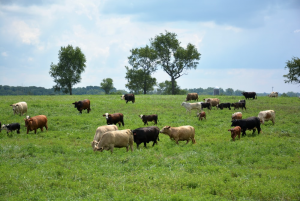 He shared that there were some primary obstacles that were posed as a result of this ban, for which no alternatives were suggested. Much like what Prof. Abeyratne stated, one glaring factor was the effect on the beef industry.

Fernando pointed out that we can see the facts already in a case study on India’s struggles and the chaos that were a result of having implemented a similar ban in certain parts of the country. The ban only resulted in the authorities incurring more expenses to house ageing animals who could no longer contribute to the milk yield and were in need of food, care, and housing.

“If one were to look at it from the angle of consumption, this could even affect the poultry and other food industries, as currently there was a certain amount of beef in demand, and if we cannot supply to that demand, then this may result in inflating the poultry industry, resulting in chicken being too expensive to afford, among numerous other outcomes,” he shared.

Another concern widely discussed was the effects on the dairy industry. Speaking to Dhanushka Jeewantha, formerly of a reputed large-scale dairy farm in the island and an agriculturalist, he shared that when it comes to a milk cow, she is said to be most productive in her yield during the first five to six births. Following this, according to the industry standard, her productivity would drop, and she is removed in order to be replaced by a more efficient animal.

He shared that generally, the cows that the bigger farms consider is of low yield could still produce a considerable amount of milk for smaller, more independent farmers. Therefore, they would then purchase these animals. He said that small-scale farms do, in fact, utilise the animal so far as 10 to 12 births.

However, eventually, they all reach a point where the cows can no longer produce milk and thereby make no more profit, and in such instances, the cow is sold for meat. He said that it may sound cruel, but this is the cycle of the industry, and the farmers gain a large profit from the sale of these cows.

“There are very few farms that employ a system where the milk cows, following their productivity stage, continue to stay on until they reach a natural death. It is an expense that a profit-making industry would not allocate for; especially in this current state in our country and also the world, it could be an unbearable expense that will only result in the release of the animal into the wild if the farmer no longer has any other choice,” he said.

He also pointed out that bull calves will be a concern with this new ban. “Bull calves are usually the other profit-making resource for the dairy farming industry. In addition to ageing cows, males who cannot be utilised will be sold to slaughterhouses,” he said. However, the ban will simply result in the growth of a population of bull cows to graze.

We also spoke to small-scale farmer Priyanthi Niroshani, an independent dairy farmer from the Bowlana area, about the matter. She too shared that the ban was a concern, as she had an ageing cow and was uncertain about what to do next; she said she cannot simply abandon the animal, and providing it medicine and care could get expensive very quickly.

When we asked the industry stakeholders why the Government chose to ban cattle slaughter, nobody seemed to know why. It would appear that the ban isn’t at all welcome in the very industry it is said to be helping. As such, one might wonder, who is it really for?

A power struggle amidst a confusing love triangle

August 28, 2019 bythemorninglk No Comments
Touted as being the final screenplay written by the late Tissa Abeysekara which was based on the novel written by famed author W.A. Silva, Vijayaba Kollaya is the latest of the historical epics releas

June 20, 2020 byJennifer Anandanayagam No Comments
Tropic of Linen together with Butter Boutique and 3M have planned the ultimate Father’s Day win