Why diversity training is paramount for companies 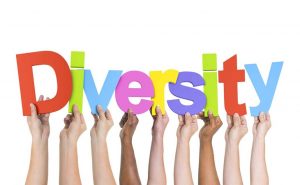 A video showing a transgender individual being denied entry to a popular bar in Colombo due to her “appearance” took Sri Lankan social media by storm a couple of weeks ago. The bouncers in the video were unable to articulate what exactly about this individual’s appearance was so offensive, but the implication was that it had to do with her transgender identity. Whether the bouncers were acting on their own, or whether they were instructed to do so by the management, was not clear.

To their credit, the management took quick action; within hours of the video being released, they issued an apology, fired the bouncer involved in the incident, and committed to sensitise the staff on issues faced by the lesbian, gay, bisexual, transgender, intersex, and queer/questioning (LGBTIQ) community in Sri Lanka. Later, the management withdrew the termination of the bouncer’s employment and instead decided to include him in their mandatory sensitising discussion.

While the establishment was quick to react to the controversy, its reputation has been damaged somewhat, with the revelation that at least one staff member discriminated against a patron based on their sexual orientation and gender identity/expression (SOGIE).

Unfortunately, this is not an isolated incident. Many places in Sri Lanka – be it restaurants, cafes, or even five-star hotels – stigmatise, harass, and discriminate against LGBTIQ persons in Sri Lanka. Denying entry into establishments, misgendering or using incorrect pronouns, hurling derogatory remarks, and other such actions are all too common.

Why is diversity and inclusion (D&I) training so important?

In such a context, it is vital that Sri Lankan businesses, particularly those in the service sector, train employers and employees on D&I, including sensitising them to LGBTIQ issues. It is more necessary now than ever before because businesses, especially those in the hospitality and leisure industries, have been hit hard by the Covid-19 pandemic.

For instance, data from the Sri Lanka Tourism Development Authority (SLTDA) show that no tourist arrivals have been recorded from April to August of this year, due to the termination of all passenger flight and ship arrivals into Sri Lanka from mid-March. As a result, the total arrivals recorded from January to August 2020 have declined by 60%, compared to the same period last year. This means that businesses can no longer afford to discriminate against anyone, especially not the LGBTIQ community in Sri Lanka, which accounts for a significant portion of the population and contributes to the national economy.

Apart from the fact that it is unethical to discriminate against anyone due to their SOGIE, D&I training can offer several tangible benefits to companies. Broadly, D&I in the workplace means hiring individuals regardless of their age, gender, sexuality, race, religion, physical abilities, mental health, backgrounds, and experiences, so long as they fit the company values and can carry out their roles. It also means that these individuals are compensated fairly. When it comes to the service industry, it also means treating customers equally and not discriminating against anyone based on their demographic traits or SOGIE.

According to the research of Michelle Fullerton (Bank of America Merrill Lynch, London, UK), being LGBTIQ friendly helps businesses retain staff. High staff turnover is costly, especially during uncertain economic times – like the one we are living in right now. Finding skilled and talented labour is a common issue that many companies in Sri Lanka face, and practising diversity and inclusion in the workplace can help businesses avoid costs associated with high labour turnover.

Moreover, being diverse and inclusive – particularly LGBTIQ friendly – can help businesses attract more customers, especially in the tourism and hospitality sector. Consensual same-sex relationships among adults are not a criminal offence in most of the countries around the world. In fact, as of 2017, only 72 countries – including Sri Lanka – still criminalised same-sex sexual relations among consenting adults. India, one of Sri Lanka’s top international tourist-generating markets, decrimanlised same-sex relations in 2018. Many other tourist-generating markets in Europe and America have even granted LGBTIQ persons the freedom to marry. Since tourism is the third largest foreign exchange earner for Sri Lanka, practising diversity and inclusion and being sensitive towards the LGBTIQ community is of utmost importance if Sri Lanka is to reap the maximum benefits from the tourist industry.

Furthermore, abiding by international non-discriminatory standards is important to becoming competitive in international markets, not just for businesses in the tourism sector, but also in other sectors.

Due to the colonial hang-ups in Sri Lanka’s legal system, same-sex sexual relations among consenting adults is criminalised by Section 365 and 365 A in the Penal Code, which state that carnal intercourse against the order of nature and acts of gross indecency are criminal offences punishable by law.

In addition, the Vagrancy Law and Section 399 of the Penal Code regarding cheating by impersonation are also used against the LGBTIQ community in Sri Lanka, particularly against transgender individuals.

That said, what is important to understand is that, while “acts of gross indecency” and “unnatural carnal intercourse” are criminalised, technically, diverse SOGIEs are not outlawed. The fundamental rights recognised by the Sri Lankan Constitution include non-discrimination under Article 12 (2), which states that “no citizen shall be discriminated against on the grounds of race, religion, language, caste, sex, political opinion, and place of birth, or any one of such grounds”.

At least on two occasions, the Sri Lankan Government had committed before the United Nations (UN) that LGBTIQ persons are constitutionally protected, and non-discrimination on SOGIE is implicitly included under this constitutional provision. In fact, with the intervention of the Human Rights Commission in 2016, the Registrar General’s Department and the Ministry of Health issued two circulars, to provide Gender Recognition Certificates (GRC) to transgender persons who wish to amend the gender assigned to them at birth in official documents.

What this legal landscape means is that businesses have no excuse to discriminate against anyone based on their SOGIE.

The bottom line is that, with the changing global trends and technological and social advances, it is becoming harder and harder for companies operating in Sri Lanka – whether they are local or foreign – to get away with stigmatising, harassing, abusing, and/or discriminating against marginalised groups, including the LGBTIQ community. The choice is simple: Practice diversity and inclusion and get ahead of the pack or get left behind with archaic practices that are no longer acceptable.

(The writer is the Media and Communications Officer at Equal Ground, the only LGBTIQ organisation in Sri Lanka conducting diversity and inclusion training and sensitising programmes. Further information is available via media@equalgroundsrilanka.com or +94114 334 279)

August 18, 2019 bythemorninglk No Comments
Sri Lanka’s IT industry voiced its opposition to a new tax on offshore payments, which is likely to come into effect within the next few weeks.