Why is the ground shaking beneath our feet?

September 5, 2021 by Naveed Rozais No Comments

We Sri Lankans make much ado about the fact that our little island is perfectly situated on the world map, and to be fair, we are very well situated. We’re more or less smack dab in the middle of Asia and the world’s shipping and trade routes (this was what led to us flourishing in days of yore). Our weather is largely ideal, and in terms of natural disasters, other than floods, droughts, and landslides, we don’t have too much to worry about. Or do we?

On 24 August, a minor tremor was reported in the Hambantota District of southern Sri Lanka that measured 2.5 units on the Richter scale. By and large, Sri Lanka has never really had an earthquake – what we have are tremors. But we have been having more and more tremors lately, and they seem to be growing in scale. 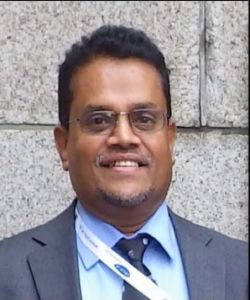 So, what does all this mean? Is Sri Lanka on the verge of having to adjust to earthquakes? Brunch chatted with University of Peradeniya Department of Geology Senior Prof. Atula Senaratne for more on what the deal is with Sri Lanka and earthquakes.

The historical low-down on Sri Lanka and earthquakes

Generally, earthquakes occur along plate boundaries, Prof. Senaratne shared, explaining that the Earth’s crust is made of several different “plates” of landmass called tectonic plates. These plates fit together like a puzzle, but they’re not stuck in one place. They are floating on the Earth’s mantle – a really thick layer of hot flowing rock – and they’re constantly moving relative to one another. Sometimes, these plates meet and grind against each other, or try to ride over each other at locations called plate boundaries. These plate boundaries are where earthquakes occur, and so, if you happen to live on or near a plate boundary, chances are you’re going to deal with earthquakes from time to time.

Sri Lanka’s amazing track record of no earthquakes comes because Sri Lanka is nowhere near a plate boundary, being in the middle of a very large tectonic plate called the Indo-Australian plate. The Indo-Australian plate, however, is splitting to form two separate plates, and this split is taking place 1,000 km south of Sri Lanka.

Prof. Senaratne explained that these boundaries take thousands of years to form, and this particular boundary has been in the making for hundreds of years. This is why we have records of mild earthquakes taking place as far back as the 1600s.

On 24 August, a minor tremor was reported of 2.5 units on the Richter scale, the model used to measure the magnitude of earthquakes. Residents in nearby Lunugamvehera (about 13 km from Thanamalwila) had also felt the tremor. News reports said a tremor was also felt at Block 1 of the Yala National Park, near the Sithulpawwa Temple that night. Sithulpawwa is about 55 km from Thanamalwila.

The Thanamalwila earth tremor is the latest in a series of increasingly frequent tremors over recent years. In 2020 alone, there were nine reported tremors, a number that, Prof. Senaratne shared, is high. However, this is where he explained that the magnitude needs to be taken into account.

The Richter scale is the most common standard of measurement used for earthquakes. It is calculated using information gathered by a seismograph. The Richter scale is logarithmic, meaning that whole-number jumps indicate a tenfold increase. In this case, the increase is in wave amplitude. That is, the wave amplitude in a level six earthquake is 10 times greater than in a level five earthquake, and the amplitude increases 100 times between a level seven earthquake and a level nine earthquake. The amount of energy released increases 31.7 times between whole number values.

With this information in mind, it becomes clear that the tremors we are seeing are not major. Prof. Senaratne, who has consulted with geologists in the area, shared that this most recent tremor in Thanamalwila has caused no damage. 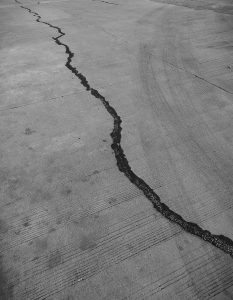 A question that arises is why are we seeing so many tremors of late? Prof. Senaratne shed light on this, saying that there are some localised features that need to be considered. Looking at the geological morphology of Sri Lanka, Prof. Senaratne shared that geologist and University of Peradeniya Department of Geology Founder and Prof. P.W. Vitanage observed many years ago that Sri Lanka, from a geological perspective, is “slowly uplifting”. In geological terms, uplift refers to the vertical elevation of the Earth’s surface in response to natural causes. Broad, relatively slow, and gentle uplift is termed warping, or epeirogeny, in contrast to the more concentrated and severe orogeny, the uplift associated with earthquakes and mountain building. Basically, the land is rising.

Prof. Senaratne revealed that there is evidence of this upliftment that geologists have been able to observe, from deep v-shaped river valleys in the highlands, to the warping of man-made tunnels for generating power. The uplifting of the country, which is most prevalent and noticeable in the central highlands, means that Sri Lanka is subject to a lot of geological stressors, and plate action that is taking place at a minute scale, which also leads to minor tremors.

There is also evidence to suggest that the construction of dams contributes to increased tremors in the area, but Prof. Senaratne clarified that this was not specifically due to the construction of dams but the pressure of the reservoirs when full on the surrounding rock, while noting that all dams are built to international standards and can safely withstand tremors up to 3.5 on the Richter scale. Explaining how dams can potentially contribute to tremors, Prof. Senaratne said that when reservoirs are filled to their maximum levels (as during rainy seasons), the weight of the water builds pressure on rock formations underground which are then released as and when water is released from the reservoir. This alternate pressurisation and release contribute to tremors underground.

Prof. Senaratne also addressed concerns and misconceptions regarding oil drilling off the coast of Mannar, clarifying that drilling for oil has no geological impact.

Speaking about the future, and if Sri Lanka is likely to become prone to earthquakes, Prof. Senaratne said that it is hard to say at this point, mainly because of a lack of data. Sri Lanka has only four measuring stations which provide the whole country with geological data, and the data that is produced is simply not enough for geologists and scientists to be able to effectively predict Sri Lanka’s geological and seismic future.

This is likely to change, however, as Prof. Senaratne shared that a proposal was made to the Government last year to acquire more equipment to be able to collect more comprehensive data. The proposal was accepted, and the Government is in the process of acquiring this equipment. It will still, however, take at least two or three years to compile enough data to make an accurate prediction.

While there isn’t any reason to panic about being wiped out by an earthquake in the near future, with the Indo-Australian plate splitting a little too close to our borders for comfort, now is the time for us to think about how to make our infrastructure more secure should we need to be able to deal with a seismic threat.

September 9, 2019 byThe Sunday Morning No Comments
The annual Bohra Conference commenced last Sunday, 1 September, with an estimated 21,000 participants from 40 countries, under the theme “We Believe in Sri Lanka”.

International optimism vs. national cynicism – Do we know the value of our wildlife?

March 15, 2020 bythemorninglk No Comments
Sri Lanka has won multiple accolades and been globally commended for tourism over the years, with the most popular one being the number one tourist destination in 2019 ranking by Lonely Planet.