Widows in both North and South seek the truth

This week at a panel discussion on “Reconciliation at Practice” held at the Bandaranaike Center for International Studies (BCIS), one of the panellists said the search for the truth about loved ones who went missing is not a search that is limited to the North and East, but also extends to the South and West among the Sinhalese and Muslim communities. The panellist, Dr. Dayani Panagoda, who is a policy specialist, lecturer, and activist on social cohesion, reconciliation, and peacebuilding and has worked in the development sector for 20 years with communities and the government, is also a widow to her husband who went missing in action during the war.

The Morning spoke to Dr. Panagoda about post-war truth-seeking and the Government’s aim to quantify missing persons under the recently appointed Presidential Commission of Inquiry (PCoI) to probe findings and allegations of previous commissions on human rights and humanitarian law violations.

Below are excerpts of the interview. 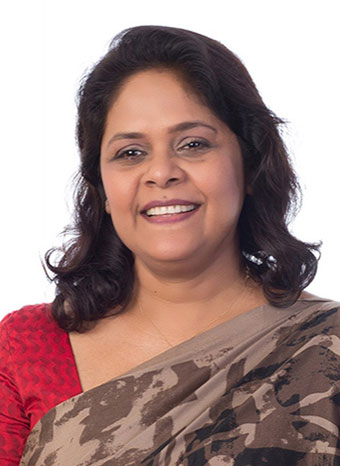 “What we have now is a majoritarian attitude as to whether to seek the truth or not. The majority communities want to know the truth about the crimes they identify as what was committed against their community and do not want to seek for the truth on what happened to the minority” Dr. Dayani Panagoda

You said that Sinhalese and Muslim communities are also seeking the truth about what happened to their loved ones who went missing. What did you mean by this?

People always think it is only the North and East that want to know the truth. There are women and people from other parts of the country who have lost their loved ones during the war and insurgencies and want to know the truth, irrespective of whether they are Sinhalese, Muslim, or Tamil. A qualifier to that is you cannot just say that families of military personnel who went missing in action are not looking for the truth.

After a year of my husband going missing in action, I received a death certificate. But is that the truth? Do you not think I have to know the truth as to how he died or where he died? These are not truths that are going to hurt the Government’s campaign against terrorism. If the citizens are getting answers to the questions they have, that will actually strengthen the credibility of the Government. If this closure is provided, one can reconcile with oneself, which will then lead to reconciling with the community at large.

Just because truth is one of four pillars of transitional justice, it does not have to be dealt with at the top level or the Geneva level. It can be dealt with within the community. My point is that while we are looking at various strata on how to speak the truth, we also need to work with the communities to build trust and understanding, and also to make sure they are given a guarantee for non-recurrence.

Truth is not just for the Tamil community, and it is not to put the ex-Government in trouble. Truth is for individuals, families, communities, and the nation at large. We need to seek for truth nationally. I don’t mean to say we need to have a hybrid court for that, but we need to create space for people to see the truth. What we have now is a majoritarian attitude as to whether to seek the truth or not. The majority communities want to know the truth about the crimes they identify as what was committed against their community and do not want to seek for the truth on what happened to the minority.

The recently appointed PCoI to probe findings of previous commissions on human rights and humanitarian law violations has been tasked with calculating the total of missing persons. How do you propose these cases of missing persons should be investigated?

We have had the Paranagama Commission, the Lessons Learnt and Reconciliation Commission, and various commissions, and we already have the numbers of the missing persons. What we need to do now is to categorise these numbers: Those who went missing during the insurgencies, direct LTTE (Liberation Tigers of Tamil Eelam) interventions, direct military interventions, etc. Then we should work with every case, not only the emblematic cases.

When I was in the Secretariat for Co-ordinating the Peace Process as Director of Policy during the presidency of Mahinda Rajapaksa, in the height of the war, we had lists of missing persons. As the Government went through lists of about 1,000 names diligently, it was found that at least 40% of these names that came from the North were of people who had gone overseas. Documentation that was obtained through the Bandaranaike International Airport (BIA) proved that they did. So we should look into all the cases individually. Then there should be ways of dealing with missing persons rather than merely offering reparations.

There are many people who want the truth and not any compensation like myself. I cannot go to the Office on Missing Persons (OMP) because my husband was in the military when he went missing in action. There is a separate section of us. How are we to be dealt with?

Families of government military personnel who went missing during the war do have benefits that families of other missing persons do not have. What value does truth have to you?

Yes, there are national commemorations; our husbands are posthumously promoted and garlanded with various bravery awards, but that does not mean anything to me. Luckily, for better or for worse, I don’t have children. I work with war widows who have children who are now adults. There was one boy who was five months when his father died. He hated his mother.

During some of our projects, we arranged for the son to talk to the mother about their loss. He eventually came to forgive the mother. The father’s family had always been saying that the father was lost to them because of the mother’s and son’s bad luck. This made the son very angry, resulting in resentment towards the mother. There is no proper healing process to deal with such issues.

People think that military widows and their families are being looked after. To an extent this is true because we do get pensions and salaries, but that’s not all that is there in life. It does not work around how to deal with the past or how to deal with the loss. There is so much to be done when it comes to psychosocial counselling. We also need intergenerational discourse within the families themselves. I have also been told that my husband was lost because of my karma. But I said he was not fortunate to live with me. That was how I coped with it.

Military widows below the age of 55 have to go to the grama niladhari and get certified that they are not married and that they are widowed every three months. Then you have to get it signed by the divisional secretary. This whole process puts you and your dignity down. You have to go to many places to get such certifications and documents where you could get exposed to sexual abuse. These officials can easily abuse young widows either physically, mentally, or sexually.

I have experienced situations where I have been constantly asked if I am actually a widow. Since I am a lawyer and had that background, I could defend myself and respond, but not everyone has that background. And these officials also have to be capacitated and they have to be made aware of the sensitivities.

With your experience in working with widows from the Tamil communities, do you think you have common issues that can be worked on together?

Women in the North are also facing land issues as their lands have been occupied by others. There is also the issue of microfinance companies targeting these women who are struggling economically to make ends meet with no other breadwinner in the house.

But we also share common problems as we carry the stigmatised tagline of “widow” all our lives. It is a crime to fall in love again, to get married again. This even makes you vulnerable to sexual abuse. Why can’t we military widows recognise the widows of LTTE forces and work together with them? We can understand each other’s pain. And this is one way I go about working with the community as well. I recognise their pain and I have gone through the same, and maybe the LTTE widow has gone through worse. They may also not feel that I have felt the war. But this is something we can do innovatively and positively.

August 16, 2021 byAazam Ameen No Comments
The Ministry of Youth and Sports together with the Ministry of Digital Technology and Entrepreneur Development has embarked on a venture to harness the thoughts of Sri Lanka’s youth to make the nation

Over 1,400 undergo PCR tests at Parliament so far

January 25, 2021 byLahiru Pothmulla No Comments
Over 1,400 personnel including MPs and staff members have undergone PCR tests at the Parliament so far, Serjeant-at-Arms Narendra Fernando said today.