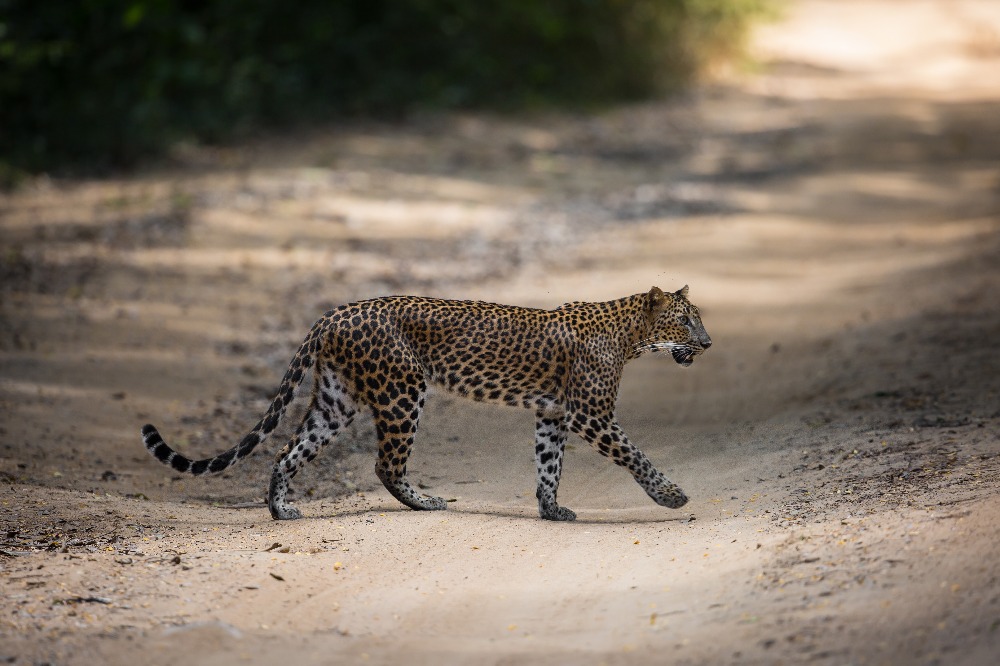 Sri Lanka as an island is remarkably blessed with natural beauty and an abundance of wildlife. But there is a dark side to Sri Lanka’s natural identity. Over the last year, the island renowned for leopards and elephants has seen the deaths of more than 12 leopards and over 400 elephants, the vast majority of which are a direct result of human-animal conflict. Additionally, only 17% of our landmass is closed-canopy forest cover. These are just some of the concerning statistics regarding wildlife and nature conservation in Sri Lanka.

The Morning Brunch reached out to a few respected environmentalists for their thoughts on what 2020 has meant for conservation efforts and how we can build a more sustainable 2021. 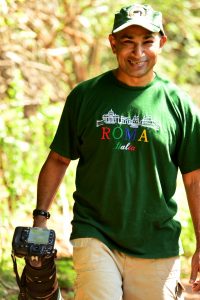 “We’ve seen quite a lot of deforestation. We’ve seen a number of pieces of protective legislation being overturned, and a number of protected areas being put back into development. There have also been lots of illegal acts of land acquisition and destruction” WNPS President Sriyan de Silva Wijeyeratne

What has 2020 meant for conservation? Wildlife and Nature Protection Society Sri Lanka (WNPS) President Sriyan de Silva Wijeyeratne shared that it has essentially been a disaster. “We’ve seen quite a lot of deforestation,” he said. “We’ve seen a number of pieces of protective legislation being overturned, and a number of protected areas being put back into development. There have also been lots of illegal acts of land acquisition and destruction. From a wildlife conservation perspective, we’ve had a huge number of leopard deaths due to snaring, and the human-elephant conflict has continued to escalate to unbelievable proportions.”

In addition to the leopard deaths and human-elephant conflict heavily covered in the media, Wijeyeratne shared that there are aspects of wildlife conservation that tend to fly under the radar when it comes to public attention.

“If you look at migrant birds and birdlife, you will see some serious assaults being launched on Mannar and the eastern coast that will affect bird populations a lot,” Wijeyeratne said. “There has also been a lot of assault on mangroves, which are the single most important kind of land area from a conservation perspective, because of the crucial role they play in biodiversity and the ecosystem. There have been huge assaults on the mangrove ecosystem, from Mannar down to Negombo, with different political forces being at the forefront of destabilising and adversely affecting a number of marine and brackish water species who depend on the mangrove ecosystem.”

Environmentalist and Rainforest Protectors Convenor Jayantha Wijesingha shared a similarly grim overview, stating that 2020 saw the cancellation of the MWFC Circular 05 of 2001, with over 500,000 hectares of state forests being transferred to their respective divisional secretariats for various development activities under the Land Development Ordinance. This is effectively a loss of 500,000 hectares of natural forest.

“The whole year was pretty much a disaster,” Wijesingha said. “Protective decisions taken have also been disastrous, like the Gazette issued by the Land Commissioner General to give ownership to lands that were encroached on and illegally grabbed by various parties.”

Covid-19 has completely dominated 2020 across all forms of life, changing how we live, how we work, and how we interact. But what did Covid-19 mean for wildlife? Has it been a positive influence or a negative one? 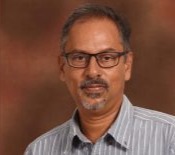 “Because there are no long-term studies on the subject, no one, from the Department of Wildlife to Sri Lanka Tourism, has been willing to listen and admit that there is a serious impact problem on wildlife behaviour from over-visitation”  EFL Director Rukshan Jayawardene

Speaking from the view of wildlife conservation within Sri Lanka’s national parks, Environmental Foundation Ltd. (EFL) Director Rukshan Jayawardene shared that animals in protected areas were given a respite of sorts from the pressures of tourism and over-visitation in national parks. Pre-pandemic, national parks like Yala National Park and similar were themselves in a crisis, with the numbers of local and foreign tourists visiting the parks being nearly uncontrollable, which was also contributing heavily to the mismanagement of these parks.

Since the onset of the pandemic, national parks have seen drastic drops in visitor numbers, and at the same time, a remarkable bouncing back of animal behaviour has been seen. The quality and number of animal sightings improved dramatically, hinting at the problems that over-visitation causes, with increased noise (both human and vehicle) and crowds disrupting animal behaviour and driving animals further and further away from roads.

“People tried hard to manage this because there is an impact on wildlife in parks from over-visitation,” Jayawardene explained. “But because there are no long-term studies on the subject, no one, from the Department of Wildlife to Sri Lanka Tourism, has been willing to listen and admit that there is a serious impact problem on wildlife behaviour from over-visitation; and that this is something that will have a long-term impact on the sustainability of the resource that is animals living in the wild.”

Jayawardene also explained that the Department of Wildlife Conservation, under whose purview lie the national parks, are also understaffed, are hardly present in some places, and have almost no ability in places outside protected areas. “The long-term sustainability of any kind of wildlife is questionable unless we change our thinking and strategies,” Jayawardene stressed. “These things are revelations to us because it has been an extraordinary year.”

Outside protected areas, however, 2020 has been a very different year for wildlife. “Illegal activity took an uptick. Lots of areas saw less disturbance, where otherwise during a normal year, there would be humans passing through for some kind of reason. This was because of lockdowns, isolation, and other strategies used to control the spread of Covid-19,” Jayawardene said. “But these restrictions have not inhibited illegal activity taking place, and we’ve seen a lot of this – places that were forested have been cut down, and poaching has gone up. We’ve seen a record number of leopard deaths this year. The total is now 14. This is concerning, because we don’t seem to have adequate strategies to deal with illegal activity in a time of crisis.” 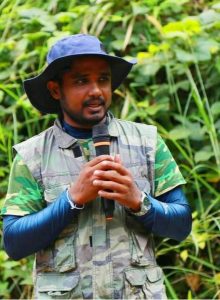 “The whole year was pretty much a disaster. Protective decisions taken have also been disastrous, like the Gazette issued by the Land Commissioner General to give ownership to lands that were encroached on and illegally grabbed by various parties” Environmentalist and Rainforest Protectors Convenor Jayantha Wijesingha

With 2020 having been a challenging year for conservation, how best can we move forward and do better in 2021?

Wijesingha shared that he felt the public needed to push the Government to select a proper development policy. “From what I’ve seen in the past, we don’t have any particular development strategy. Our budgets are flawed and vague, and have no direction in what they’re promoting and what infrastructure is being expanded to attract investment. Is our development policy tech-based? Innovation-based? Production-based? Are we going back to being an agricultural economy? Are we developing tourism or promoting a workforce-based foreign employment mechanism? Is it a mix of all these?”

Wijesingha also spoke about looking back at the manifestos put forward by those we have voted for, noting that the present administration’s election manifesto was environmentally focused, promising conservation, environmental awareness, clean water, protecting trees, and becoming carbon neutral.

“It was a perfect manifesto, but in reality, it has been gone against. People who have voted, and people who actually have some say, must push the Government to get what was promised done, and demand that the environment is protected,” Wijesingha said, adding that the Government needs to move towards more careful conservation and strategies that don’t exploit the country’s land resources.

Jayawardene stressed that park and wilderness management needs to be done responsibly, not just from a bureaucratic perspective looking at rupees and cents, but from an eco-sensitive perspective as well, paying attention to the needs of the animals. “We are looking at the problem from back to front, focusing on human needs,” Jayawardene said. “The front end is wildlife and wilderness. If we keep following our current model, 50 years from now, there will be nothing, because we’re dealing with a living, breathing ecosystem that is self-sustaining. It is us who fool around with it and make it unsustainable.”

Wijeyaratne explained that environmentalists are running out of options, especially because Sri Lanka’s legal process is failing the country, with its delays and cumbersome laws, citing the example of the illegal clearing of land in Wilpattu National Park.

“The issue was flagged by environmentalists, but destruction went on unabated. Years later, putting a fine in place and thinking you can recreate an ecosystem that takes decades to emerge is ridiculous,” Wijeyeratne said, adding: “Some of our neighbouring countries have created different courts and procedures for environmental issues because they have recognised that standard procedure is of absolutely no use in a time-sensitive environmentally disruptive scenario.”

April 7, 2019 bythemorninglk No Comments
Every child is like a fingerprint and no fingerprint is the same. Each child is different and to get the best for each child, one has to understand the child and then work out what is needed.