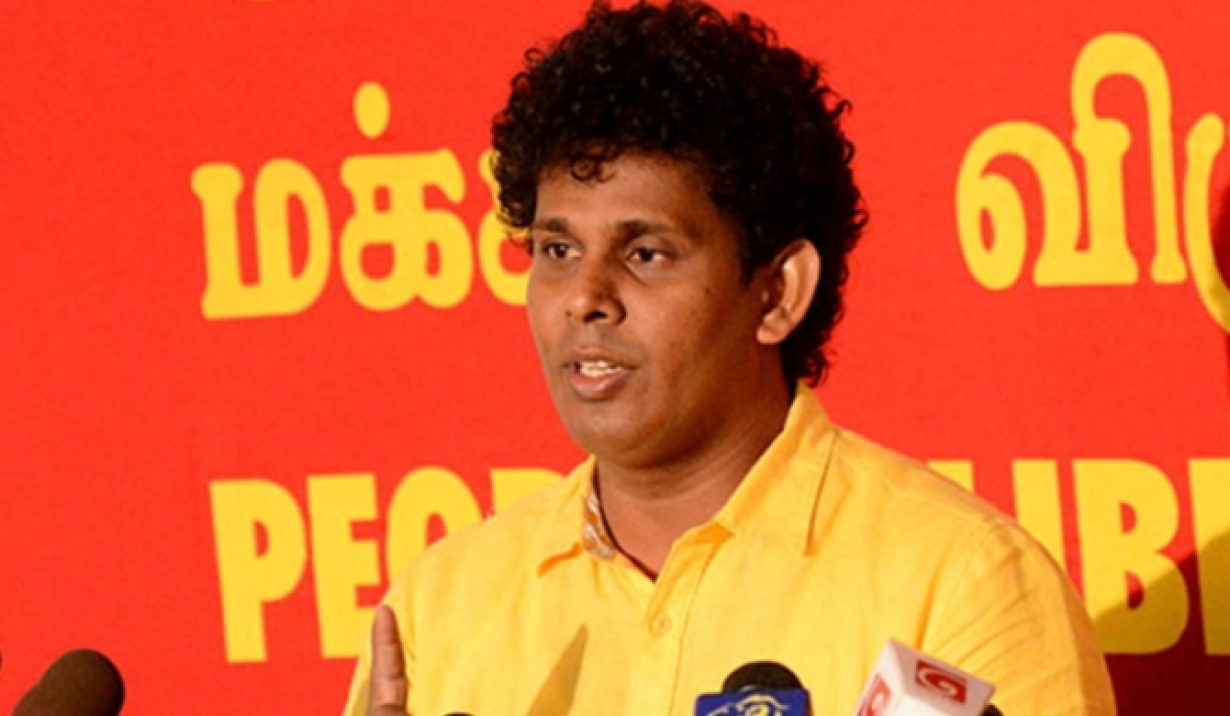 Central Committee member of the Janatha Vimukthi Peramuna (JVP) and former North Central Provincial Councillor Wasantha Samarasinghe asserted that they would endeavour to eradicate the executive presidency and if unable to do so, would form a broad people’s alliance to contest the next election.


How are you preparing for the presidential election and will the party be fielding its own candidate or supporting the candidate of another party or alliance?

The JVP is engaged in a campaign to eradicate the executive presidency and is currently negotiating with other political parties on the matter. We spoke with former President Mahinda Rajapaksa, the Tamil National Alliance (TNA), the United National Party (UNP), and we expect to talk with President Maithripala Sirisena in the future as well. All of these parties have claimed at some point that the executive presidency must be abolished. But if they are trying to go for a presidential election, then the JVP will form a broad people’s front and field a common presidential candidate that will be capable of defeating any candidate from these other parties. In such a situation, the JVP will not support a candidate from any other party.


So will this candidate be from the JVP?

That decision will be taken by the broad people’s front that will be formed.


What do you think should be the main focal point of the candidate looking to contest and win support at the next election?

The next presidential election will see candidates from not just four parties; we are expecting a candidate from the North as well. There are enough and more burning issues in the country to focus on. The youth have no jobs, children have no schools, the hospitals don’t have medicines, deforestation is rampant, our national assets are being sold off – so the focal point would be to ensure that this country is taken forward where all people can live good lives in peace and harmony.
As a party, we will form a broad people’s alliance to face the next election so that we can give solutions to the issues faced by the people.

There is already speculation that former Defence Secretary Gotabaya Rajapaksa will be the presidential candidate of the SLPP. How do you see his move to contest at the election?

The biggest problem in this country is this. He is an accused in a case of where he has allegedly stolen public money but comes before the media and says he will be a presidential candidate. So we call on all former presidents and the current President to show the public that they are clean and have nothing to hide when it comes to corruption and other illegal activities.
As a party, the JVP is the only party that the people can have faith in to deliver its promises. So for the JVP who campaigned to defeat Mahinda Rajapaksa, it is no challenge to defeat Gotabaya or any other candidate from any other party.

For what reason should they put forward new faces? Those who came before haven’t done anything, so what’s the point of putting a new face?


What about a new candidate representing the younger generation?

November 22, 2020 bySarah Hannan No Comments
State Minister of Money, Capital Markets, and State Enterprise Reforms Ajith Nivard Cabraal respond to the many queries on the economic growth plan that is put forth.

April 7, 2019 bythemorninglk No Comments
Ragging took its toll on another student recently, that of a 23-year-old male who was studying for his National Diploma in Technology (NDT).