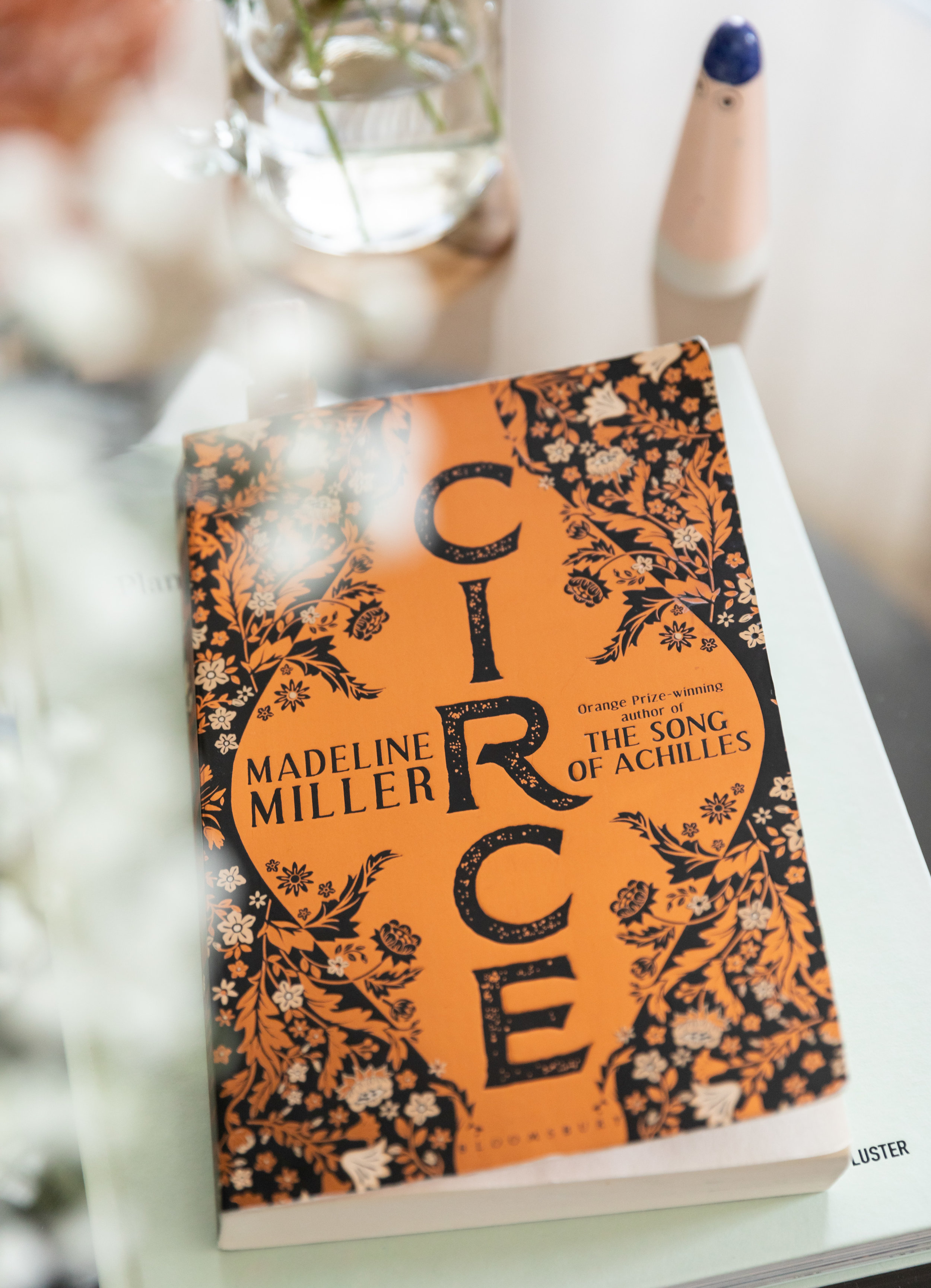 Witches are not so delicate : ‘Circe’ by Madeline Miller

May 15, 2022 by Pavani Jayasinghe Munagamage No Comments

In the house of Helios – God of the sun and mightiest of the Titans — a daughter is born. But Circe is a strange child – not powerful like her father nor viciously alluring like her mother. Turning to the world of mortals for companionship, she discovers that she does possess power – the power of witchcraft, which can transform rivals into monsters and menace the gods themselves.
Threatened, Zeus banishes her to a deserted island, where she hones her occult craft, tames wild beasts, and crosses paths with many of the most famous figures in all of mythology, including the Minotaur, Daedalus and his doomed son Icarus, the murderous Medea, and, of course, wily Odysseus.
But there is danger too, for a woman who stands alone, and Circe unwittingly draws the wrath of both men and gods, ultimately finding herself pitted against one of the most terrifying and vengeful of the Olympians. To protect what she loves most, Circe must summon all her strength and choose, once and for all, whether she belongs with the gods she is born from or the mortals she has come to love.

‘Circe’ is a book that is sure to leave its mark on those who read it, for this isn’t merely a story of a forsaken witch but a tale of love. Love and acceptance. It is a book that paints the love between lovers, the love of a mother, and the love you must find for yourself from within. A book that proves the importance of family found over blood. A book about magic and how it can always be found within as long as we look hard enough. A book about becoming the you that you’ve always buried inside. ‘Circe’ is ultimately a story of how the tales will forever be told differently for a man. It shows how the ballads will always be sung for heroes, not heroines, even if a woman was truly behind all the success the man greedily reaped. How the light will always fall to vilify the woman and showcase her as a witch that needs to be tamed, a sorceress that needs to be subdued, or an enchantress that needs to be defeated. Women, no matter how much agency they carve out in any male-dominated world, will always be a means to an end to further the achievements of men. Always. And Circe displays that at the forefront of this story. Circe is most well-known for turning Odysseus’ men into pigs when they come to her island in The Odyssey, but Madeline Miller does such a wonderful job weaving all this Greek mythology into a fully fleshed out, brand new tale. She has created something so unique and so breathtakingly good. We get to see Circe growing up in Oceanus, with her Titan sun god father Helios, loveless nymph mother Perse, and her three more ambitious siblings, Aeëtes, Pasiphaë, and Perses. We see her living her life of solitude, exiled on the island of Aiaia. We also get to see her make a few very important trips that are very monumental in Greek mythology. But we get to see all of Circe, the broken parts, the healing parts, and the complete parts. We get to see her love, her loss, her discovery, her resolve, and her determination. We get to see her question what it means to be immortal, what it means to be a nymph in a world ruled by gods, and what it means to just live. Her journey is unlike that of so many popular figures in the world of fantasy fiction. Madeline Miller deftly weaves a glorious tapestry of Circe’s pain and life through her unique, immaculate, and vibrant writing style. Miller portrays the heavy themes of isolation and self-acceptance, gives new lives and personalities to the mythological characters, and gives new perspective to the terms “hero”, “God”, “immortality”, and “eternity” in this glorious story that spans millennia.

“Madeline Miller, a master storyteller, conjures Circe glowing and alive — and makes the gods, nymphs, and heroes of ancient Greece walk forth in all their armoured splendour. Richly detailed and written with such breathtaking command of story, you will be held enchanted. A breathtaking novel” – Helen Simonson, author of ‘The Summer Before the War’ and ‘Major Pettigrew’s Last Stand’

“With lyrical beauty of language and melancholy evocative of Keats’ ‘Ode on a Grecian Urn’, ‘Circe’ asks all the big questions of existence while framing them in the life story of the famous goddess who had the magic of transformations. A veritable ‘who’s who’ of the gods of Olympus and the heroes of ancient Greece, Circe knows them all and we see them through her perceptive eyes. This is as close as you will ever come to entering the world of mythology as a participant. Stunning, touching, and unique” – Margaret George, author of ‘The Confessions of Young Nero’

“Written with power and grace, this enchanting, startling, and gripping story casts a spell as strong and magical as any created by the sorceress Circe” – Mary Doria Russell, author of ‘Epitaph’

“‘Circe’ bears its own transformative magic, a power enabled by Miller’s keen eye for beauty, adventure, and reinvention. Through the charms of a misfit heroine, the world of gods becomes stunningly alive, and the world of our own humanity — its questions, loves, and bonds — is illuminated. This book is an immense gift to anyone who reads to find their own bravery and quest” – Affinity Konar, author of ‘Mischling’

Mineli Kahanda is a student of Lyceum International School and is also the biggest bibliophile. In her spare time, she enjoys freelance writing, watching anime, and creating art.

Is Reddit just another social media platform or something more?

February 21, 2021 byPavani Jayasinghe Munagamage No Comments
Social media platforms used to be few and far between a decade ago, but these days, they are as common as cotton candy at an amusement park. We have gone from only having the choice of using MySpace a

June 12, 2022 byPavani Jayasinghe Munagamage No Comments
We were thrilled to have a chat with Poornima Meegammana, who was just recently listed in the Forbes 30 Under 30 Asia 2022 list of social entrepreneurs for her work with a programme called Nextgen Gir