It’s never too early to start chasing your dreams, and one young Sri Lankan singer has taken her first step towards making a name for herself on the global music stage. 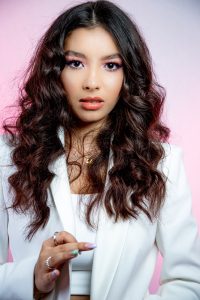 Fourteen-year-old Talisa Dolce (not a stage name, we asked), is a half Swedish-half Sri Lankan aspiring singer/songwriter who has just released her first single Never Let U Get to Me. For Talisa, music has always been a part of her, with Talisa sharing with Brunch that she was known for “always singing, mostly in the house”.


With the pandemic forcing everyone to retreat indoors and reflect, Talisa found herself with more time on her hands to experiment with music, turning to songwriting and producing covers of her favourite songs. One thing led to another, and Talisa found herself deciding to take the plunge and release her own original music.


Now, represented by The Agency Sri Lanka, Sri Lanka’s leading talent management company that discovers, nurtures, and showcases Sri Lankan talent globally, Talisa has officially released her debut single, Never Let U Get to Me with Warner Music Sweden. Her single is available on all major platforms in Warner’s portfolio, i.e. Spotify, iTunes, Soundcloud, Amazon Music, YouTube, etc., as well as many local platforms in a number of countries such as Mora (Japan), Anghami (Middle East), My Music (Taiwan), musicme.com, and quoboz.com, to name a few.
Brunch chatted with Talisa on the release of Never Let U Get to Me and what she hopes to do next.
Following are excerpts of the interview:

Tell us about ‘Never Let U Get to Me’? What’s it about? Is the video out yet?

The lyrics to my first single Never Let U Get to Me were written by me.  The meaning behind the song is that whenever someone is trying to bring you down or be negative, you have to not let them get to you and keep doing what you do and believe in yourself. The music video is not out yet but will be soon.

What made you decide to go ahead and produce and release an original song?

Writing my own songs has always been something I have wanted to do. I really enjoy it and I want to keep getting better at it and develop my skill set. This single was recorded and produced in Sweden.

Who are your biggest musical influences?

My influences are eclectic, to say the least. I have so many musical influences, it is really difficult to narrow it down to just a few. Some of them include artists from the current market, such as Dua Lipa, as well many artists from the 1980s as well. 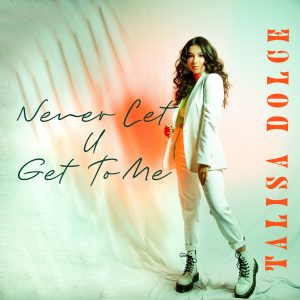 What’s the response to ‘Never Let U Get to Me’ been like?

The feedback has been very positive, which is quite encouraging. I am so happy to hear that people are enjoying my song and beyond grateful for all the support I have received.

What’s happening next? Do you want to become a full-time singer/songwriter in the future?

I’m working on a couple of new singles, which I am also writing. These will be released in the coming months; updates and more information about this will be posted on my social media spaces, primarily my Instagram @TalistiQ.


Yes, singing and songwriting is definitely something I want to pursue and develop. However, it is also extremely important to me to remain focused on my scholastic career. I want to do well in school and this is a priority. My goal is to find and maintain a good working balance between my music and my studies.

All my music is available on most streaming platforms including Spotify, iTunes, Apple Music, and SoundCloud.

CandleAid: A shining light for those in need

August 22, 2021 byNews Admin No Comments
In a time where humanitarianism is growing more and more critical, and where more and more new causes are being funded, many NGOs are branded inefficient in providing for their chosen cause. In light

January 29, 2019 byJennifer Anandanayagam No Comments
Introduced in 2014, the lean luxury segment of Cinnamon Hotels & Resorts, Cinnamon Red is set to expand to the Hill Capital Kandy. A groundbreaking ceremony was held to mark the start of the project’s