Yala land to be leased to new investor 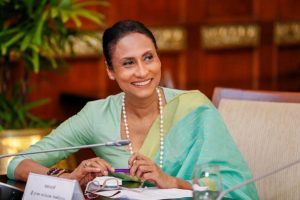 The Sri Lanka Tourism Development Authority (SLTDA) plans to proceed leasing out a plot of land in the Yala Palapatuna Tourism Zone to a foreign investor, as it has interpreted a decision of the Colombo District Court as permitting it to proceed.

Therefore the land, which was originally leased to Lanka Realty Investment PLC, is now planned to be leased to One Nature (Pvt.) Ltd., a Dubai-based wildlife hotel chain that has properties in Tanzania.

SLTDA Director General Dhammika Wijesinghe told The Sunday Morning Business that the Colombo District Court (DC) rejected an injunction sought by Lanka Realty to prevent the SLTDA from taking possession of the seven-acre plot of land in the Yala Palapatuna Tourism Zone.

The said land was leased to the SLTDA in May 2014. However, as the lessee made no progress in developing the land within the stipulated time period, the lease agreement was revoked and was about to be leased to another party. Then, Lanka Realty sought an enjoining order against this move by the SLTDA in June 2020.

“The Colombo DC, which issued an enjoining order against the SLTDA in June preventing them from leasing the land to another investor, in its last hearing did issue such an enjoining order to bar the SLTDA from taking possession of the land, or getting involved in any development or entering into an agreement with a third party on the said property,” Wijesinghe added.

According to her, with the Court rejecting the injunction sought by Lanka Realty, the SLTDA can now take possession of the land and proceed with the delayed foreign investor.

The SLTDA claims that Lanka Realty took the SLTDA to Court seeking two injunctions. Accordingly, the first critical injunction sought was to prevent the SLTDA from taking possession of the said land, carrying out development activities on the land, and taking steps to lease the land to a foreign investor, and this has been rejected by the Colombo DC.

The second injunction sought was to prevent the SLTDA from relying on specific documents in terminating the lease with Lanka Realty. Nevertheless, the Court issued the injunction only for the second request, according to Wijesinghe.

“It is extremely regrettable that a private sector firm engaged in the tourism industry attempted to bring the SLTDA, the regulatory authority, into disrepute, and by implication the Government, when the regulatory authority was carrying out its lawful activities in implementing past decisions by the Board of Directors and the Cabinet of Ministers. The attempt by Lanka Realty Leisure to divert attention from its own shortcomings by slinging mud at a state institution and its officers is deplorable.”

When contacted by us to obtain their perspective, Lanka Realty refused to comment as it is an ongoing court case.

‘Tis the season for tech

December 6, 2020 byNethmi Liyanapathirana No Comments
If the private sector was awaiting a fillip to invest deeper into technology-related businesses, then there were a number of positive signals during the past couple of weeks.