Yet another international accolade for Sri Lankan movie ‘Tsunami’

October 27, 2021 by Venessa Anthony No Comments

Tsunami is a 2020 Sri Lankan Sinhala disaster drama film directed by Somaratne Dissanayake and produced by his wife Renuka Balasooriya for Cine Films Lanka. It stars Niranjani Shanmugaraja and Darshan Dharmaraj in lead roles, along with Himali Sayurangi and Bimal Jayakody. On 24 October, Tsunami was honoured with two top awards at the Bayelsa International Film Festival 2021 held annually in Nigeria. 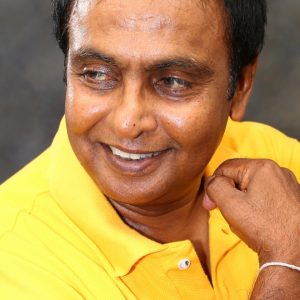 Brunch spoke to Somarathne Dissanayake on his thoughts about this achievement.

Dissanayake told us that applicants worldwide are accepted for the film festival, so accordingly, he sent his via the internet. “Out of thousands of entries, they selected a few films to qualify for the final round,” he said.
He shared that a few months ago, he received a message that his film was nominated for seven awards, including Best Picture, Best Director, Best Actor, Best Actress, Best Cameraman, and Best Child Performance; it is clear that this movie really excelled and was recognised for the hard work that went into the production.
Unfortunately, many attempts to contact Niranjani Shanmugaraja for her thoughts on this achievement were unsuccessful.

The movie Tsunami is based on the awful disaster that took place in Sri Lanka in 2004 and affected the lives of many. The movie features the story of two such families who are grappling with the pain of losing members of their families and how they unite after realising their similar love for a child, years after the tragedy. 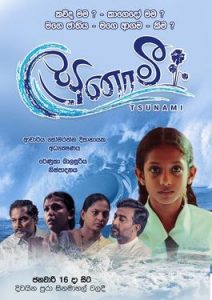 A few weeks ago, Dissanayake told us that he was invited to physically attend the award ceremony held in Nigeria, where the management behind the festival offered to cover all his expenses, but being responsible and taking the current health situation in to consideration, he kindly declined the invitation and decided not to attend. “They were in touch with me a few days ago to ask if I could have someone represent me at the festival, to which I requested the Sri Lanka High Commissioner to go in my place,” he commented.

Dissanayake informed us that this is his seventh international award for the movie Tsunami; he has previously won awards from the London Film Festival, the Indian Film Festival, and a few awards from the Bhutan International Film Festival. “Bear in mind that due to the pandemic situation, many film festivals have been cancelled or postponed,” he commented, adding that the film had been selected for many more festivals that unfortunately haven’t been able to take place yet. With the number of awards under Tsunami’s belt, it is no surprise that this film is critically acclaimed globally for its strong and heartwarming messages. The cleverly written script evokes many feelings in its audience and brings out feelings of empathy towards the families in the movie; such is no easy task and Dissanayake truly captured the essence of loss, tragedy, and pain, and successfully weaved in tones of love and passion.


He shared that he is really thrilled and delighted about this win, and thanked his entire crew for this success. He also commended Niranjani Shanmugaraja for her excellent performance in the movie, stating that he always knew she was capable of extraordinary feats.

Why make a big issue of a little tissue?

June 23, 2019 bythemorninglk No Comments
Is it actually rediscovering innocence?