September 9, 2021 by Revatha No Comments
A series has been won against a top side in the cricket world and a World Cup is round the corner. A mastermind of the victory is before you after the match… and you ask him about his personal batting form: An effort to disgrace him in the world stage?

Such questing… is it customary, hyper-critical, or conspiracy?

The similar question is heard repeated by another on Tuesday night itself after the rare victory, seemingly not in a constructive manner but with a disruptive motive. 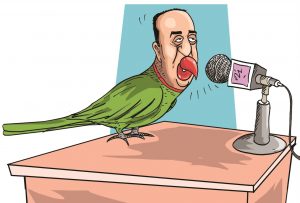 The Skipper, after all his efforts to unite a fragmented side, breathing life into a disorientated unit which was in utter disarray a few months ago after a horrendous England outing, has slowly been turned into a youthful, winning outfit earning back the game’s popularity here.

“Yet why don’t YOU score runs?,” they would like to ask.

Some say it was pure hypocrisy and an effort to fulfil the needs of some who are outside, some who are really hurt by the ongoing positive developments.

There are other thoughts too. Do a bunch of old boys from Darley Road, including a set of old and new players, have got together to hatch a plot to disrupt a journey that has just started, with the intention of making a grand comeback?

Australia to host SL for three T20Is in September?

May 15, 2021 byRevatha No Comments
The series could be played closer to the T20 World Cup

March 20, 2019 byRandev No Comments
The head of Japan's Olympic Committee (JOC) is stepping down over corruption allegations relating to the awarding of the 2020 Games to Tokyo.