October 30, 2020 by Dimithri Wijesinghe No Comments

Wijeratne shared that some of the credit for the attention the audio version of the book is receiving should also be given to its narrator, Nathan Fillion aka. Captain Malcolm “Mal” Reynolds of the TV show “Firefly”, which, despite its relatively short life span, has remained incredibly popular; the Firefly franchise has since expanded to other media, including comics and a role-playing game. 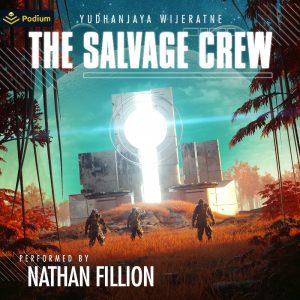 Fillion has largely avoided doing traditional TV/film acting roles since the conclusion of his long-running TV show “Castle”, except for rare voice cameos in films like Guardians of the Galaxy or in video games such as Halo. However, he now lent his voice for his very first audiobook narration for Wijeratne’s “The Salvage Crew”.

The tale is essentially a space exploration adventure told from the perspective of a snarky artificial intelligence (AI) (voiced by Fillion), the AI overseer of a mismatched worse-than-C-team of misfits and a salvage plan that goes disastrously wrong.

The novel is also unique in how it was written, with its author crediting his co-author – OpenAI technology and proprietary code, born of Wijeratne’s interest in work that is machine plus man rather than machine versus man.

Speaking to Wijeratne about his use of technology to write a novel, he shared that it was a bit of an experiment, stating that he designed a number of programmes, a planet generator, and a generator for people which produced characters with specific traits, skills, and mental disabilities, which then created his misfit band of a crew that went on to do things even he could not have predicted.

He shared that since OpenAI released GPT-2, he has been using the 117M and 345M models to create a machine poet, generating poetry that he tested out on Instagram, which got him thinking about doing the same for a novel.

Wijeratne spoke of how he drew inspiration from the first computer system to defeat a chess grandmaster, Garry Kasparov; the computer system was called Deep Blue and was developed by IBM. He said that following the loss, Kasparov did not go on a crusade against the machine but rather encouraged the man-plus-machine concept where “we work as a unit”. 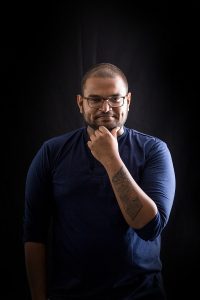 He said that as we are now, we are human-plus-machine combinations “with our mobile phones summoning strangers from the internet” and as a sci-fi enthusiast, he felt that he had to think of a way to actually do it without just writing about it.

Wijeratne also spoke of his thoughts on audiobooks and how he himself has never particularly been a fan. “I tend to read much faster than the speed an average person speaks,” he said, and so he has never been particularly interested in it. Considering it is a tool of convenience, if it doesn’t speed up the process, then the point is lost, he shared. However, he said there have been occasions where he has thoroughly enjoyed audio books, such as Neil Gaiman’s anthologies that are now available in audio format; and with regards to the involvement of Fillion narrating his story, he thought what better person to narrate it than Captain Mal himself!

With regard to the novel’s success, Wijeratne expressed his gratitude to his publisher Aethon Books and Podium Audio “for all the work they’ve put in finding the best pieces for this puzzle”. With these US-based services, we asked Wijeratne about his audience – whom does he write for? He said that while he does have a considerable number of Sri Lankan fans, he does not write for Sri Lankans. 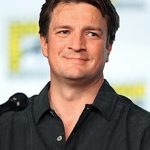 Sharing that Lankans tend to want to read about Sri Lanka, for which there are plenty of extremely talented authors who are already catering, Wijeratne added that he did not wish to go through the process of physically publishing the book in Sri Lanka, as after inviting 20-30 people to the launch and encouraging them to buy the copy, things just end there. With his chosen publisher being very ebook friendly, even with the publishing industry having come to a standstill almost, his work still receives exposure.

He said, however, that he does have Sri Lankan elements in his stories; for example, in “The Salvage Crew”, the programme, which was once human, prefers to convert Buddhists, as they already believe in reincarnation and therefore they suffer less of a shock in their conversation which is somewhat of a “rebirth”.

Wijeratne said that he has an avid fan base here in Lanka, with most of those involved in Comic Con and also the Geek Club being the first to buy his ebooks and download the audiobook. For those fans, he said he tries his best to make his novels available for free; especially during these times, he does not want them to be paying in dollars.

Speaking also about how Covid-19 has affected his work, Wijeratne shared that it has been difficult; his focus has really suffered and he has found it extremely challenging to keep working. However, he said that while of course it has been a tragedy with the publishing industry suffering and many people losing their livelihoods, things have gone largely digital, which has allowed for more inclusion and diversity, not to mention less trees being cut.

He said that especially when you consider genre fiction, it would usually be white men dominating, however there has been a recent call for diversity and it has allowed more art to reach audiences while also allowing publishers the opportunity to take more risks.

Finally, Wijeratne shared with us some details on his upcoming work. He said he was working on a nonfiction book which is an interesting hybrid of Eric Kripke’s “The Boys” and some Lankan flavour, of which more could not be disclosed as he plans to have a traditional publishing debut in the US; also, two upcoming sequels to “The Salvage Crew”.

July 26, 2020 byJennifer Anandanayagam No Comments
Sri Lanka, with its coastline of almost 1,600 km, is the perfect location for many maritime activities and is extremely popular for its numerous diving spots.

May 20, 2021 byNews Admin No Comments
The Arka Initiative is a response to the need for tangible and practical support on issues about sexual and reproductive health in Sri Lanka. It is led by a group of young doctors, psychologists, lawy